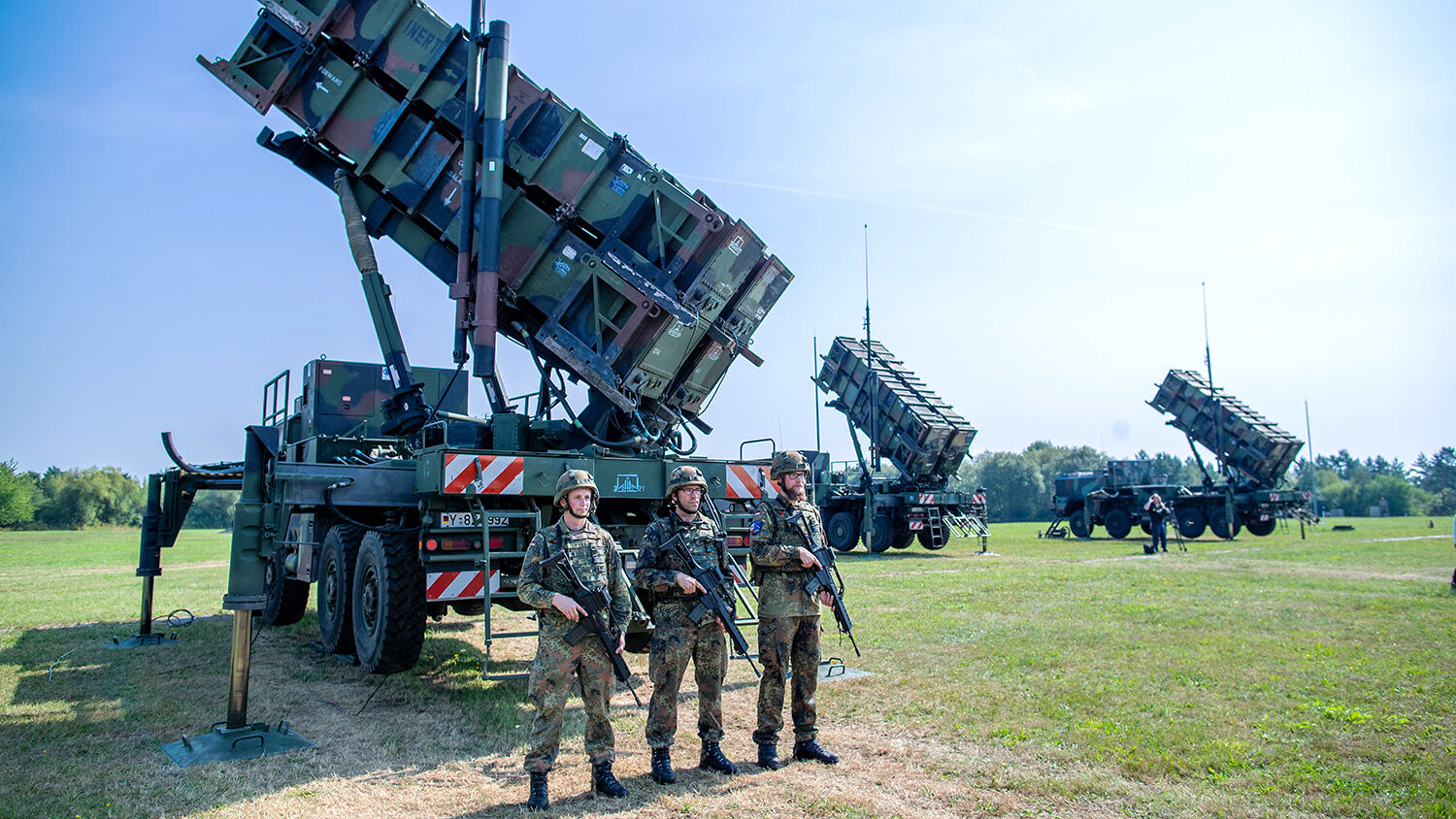 Kramp-Karrenbauer approves a long-awaited reform in the Army’s procurement policies.

For years, Germany’s military has been the laughingstock of the country. But German Defense Minister Annegret Kramp-Karrenbauer is looking to change this. She told the employees of the Federal Office of Defense Technology and Procurement in Koblenz that she is tired of the office being “the subject of Germany’s daily mockery,” Spiegel Online reported on September 18 (Trumpet translation throughout). Kramp-Karrenbauer is working to steadily change the procurement of military equipment.

But Germany’s military is suffering from drastic cost increases and delivery delays in its efforts to obtain new equipment. Additionally, the media has fueled the frustration by reporting that the country lacks military readiness. The impression has risen that “in the Bundeswehr, nothing flies, nothing drives, and nothing goes to sea,” Kramp-Karrenbauer said.

After receiving reform proposals from an expert commission, Kramp-Karrenbauer held a nonpublic employee meeting. The envisaged reform, she said, would “get the matériel faster, easier and more directly to our women and men.”

The defense minister spoke in favor of taking “many small steps,” rather than introducing a major reform of the Procurement Office, to provide a smooth transition. “I am firmly convinced that the authority [the Procurement Office] must have the same organizational sovereignty as a command authority,” she said.

Many high-ranking officers in the military have been demanding such reforms for quite some time. Most recently, retired German Brig. Gen. Erich Vad, who also served as Chancellor Angela Merkel’s chief military policy adviser from 2006 to 2013, publicly accused the military’s leadership of consisting of “cowards and bureaucrats.” At the time, he directly criticized then Defense Minister Ursula von der Leyen.

In an April 2017 article for Bild, Vad compared the state of Israel’s military spending to that of Germany’s. He concluded that the Bundeswehr’s problem isn’t a lack of funds, but rather too much bureaucracy. Vad wrote:

The Bundeswehr is an over-bureaucratic mammoth agency or “company”—as the new Inspector General [Eberhard] Zorn once described our Bundeswehr. …

The Bundeswehr indeed has a leadership problem! The military leadership culture is far removed from the actual purpose of the armed forces: its combat mission. …

All military aspects in this country are in any case under general suspicion. The focus is more on gender equality, day-care centers, flat screens and other civil society accessories in the Bundeswehr. The media rejoices over the occasional scandals in the Bundeswehr. The hate and glee are unmistakable. And the defense minister [von der Leyen] defends most of all herself and her political survival.

If every request from the military for more equipment was under general suspicion, the process would go on endlessly. However, if everyone believed that the German military was operating for the good of the people, then demanded equipment could be approved, built and delivered much more rapidly.

However, consider the Potsdam Agreement, in which Allies agreed to prevent Germany from arming ever again. The agreement demands “a complete disarmament and demilitarization of Germany and the elimination or control of all German industry that could be used for military production.”

#OnThisDay in #Germany: In 1945, the #PotsdamAgreement is signed as result of the Three Power #Conference of #Berlin from the #UnitedKingdom, #UnitedStates and #SovietUnion. It includes the #reconstruction, #demilitarization and #democratization of Germany. #OTD #Germanhistory pic.twitter.com/nOFKkbMr8d

In February 1945, United States President Franklin Roosevelt and British Prime Minister Winston Churchill announced their “inflexible purpose to destroy German militarism and Nazism and to insure Germany will never again be able to disturb the peace of the world. We are determined to disarm and disband all German armed forces; break up for all time the German General Staff that has repeatedly contrived the resurgence of German militarism ….”

And yet today, the majority in Germany and the West argue that this “inflexible purpose” was perhaps somewhat of an overreaction. Today, Germany should be treated as any other country, many believe.

But consider this: On the same day that Spiegel Online announced Kramp-Karrenbauer’s plans, it also had a headline that read “Number of Right-Wing Suspected Cases in the Bundeswehr Is Rising.” Ongoing investigations by the Military Counterintelligence Service show that right-wing extremism is far more deeply rooted than most feared. So far, 478 right-wing extremist cases are under investigation.

How many Nazi sympathizers are in the Bundeswehr? No one really knows. Most soldiers and police officers politically align with Germany’s far-right party, the Alternative für Deutschland. “In no parliamentary group sit as many police and soldiers as in the AfD,” Die Welt reported.

The rise of far-right ideologies at a time when the people are demanding the restraints be removed from Germany’s military isn’t a coincidence. It is part of a well-calculated plan. As Trumpet editor in chief Gerald Flurry explains in Germany and the Holy Roman Empire, it is a well-documented fact that many former Nazis settled in the newly formed Bundeswehr for the purpose of reviving Germany’s militarism. They trained those under them, passing on their ideologies from generation to generation.

Germany is about to rearm. It will soon operate a formidable military, which will work in close cooperation with other European militaries. Former world leaders warned of this outcome and worked to prevent it. But their efforts were in vain. History will repeat itself. We see this happening today in Germany.

The writing is on the wall, but few are heeding its warning. Bible prophecy makes plain what is about to happen: “The beast that thou sawest was, and is not; and shall ascend out of the bottomless pit, and go into perdition: and they that dwell on the earth shall wonder, whose names were not written in the book of life from the foundation of the world, when they behold the beast that was, and is not, and yet is” (Revelation 17:8). The beast refers to the Holy Roman Empire, which was prophesied to rise seven times (verse 10). Six of these resurrections have come and gone (for proof, request our free book The Holy Roman Empire in Prophecy). This final resurrection, which we are on the brink of experiencing, will be utterly destroyed by the Second Coming of Jesus Christ (verse 14).

These prophecies may sound out of this world for anyone unfamiliar with the history of World War ii or that of the Holy Roman Empire. But Bible prophecy is sure and certain to come to pass. If understood, these prophecies give great hope for those willing to heed them. Request your free copy of Germany and the Holy Roman Empire to understand how and why this empire is rising.