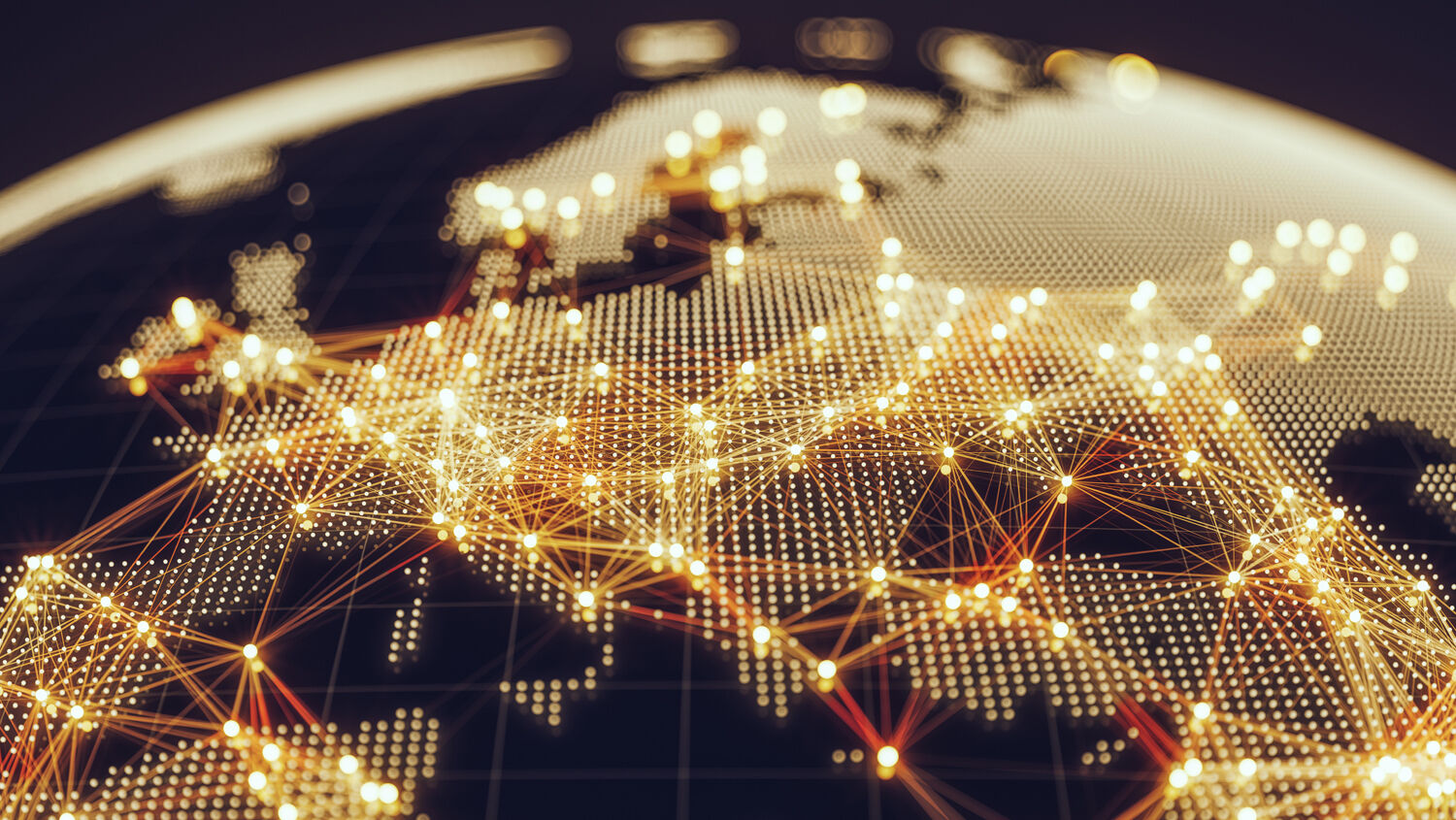 Cloud computing connects the world. In recent years, governments and companies have grown dependent on this development for sharing applications, data and other computer system resources. Thus far, Google, Microsoft and Amazon have been among the main providers of these services for Europe’s government agencies and companies. But Germany has been pushing to create a European cloud to not only rival the supremacy of the United States, but also advance European industries.

“In Germany, only about 20 percent of all companies use cloud applications,” digitial-today.de reported on September 8 (Trumpet translation throughout). This is because most German companies don’t trust sensitive data in the hands of U.S. digital giants.

This means that cooperation and innovation within German industries are lagging. Germany is one of the world’s greatest industrial nations, but without investing in its digital future, its industry will likely suffer major deficits. Due to recent data-law concerns, an independent sphere of operation has become increasingly urgent.

To ensure Germany’s future industrial growth, Altmaier has been pushing for a European cloud called Gaia-X, named after the Greek mythological goddess of “mother Earth.” “The federal government is pushing ahead with the construction of a European cloud,” Handelsblatt noted on July 22. “The background to the plans is primarily security concerns against the dominant U.S. providers of Internet-based [information technology] services.”

“The storage and computing power of networked computers is the key to the future of the industry …. Cloud providers, especially smaller ones, are supposed to connect with each other via an open network and thus supply Europe with computing power,” faz.net wrote.

The European Commission is interested in Gaia-X, but “Germany has to move first, so that no time is lost in regards to the dominance of international competition,” as Handelsblatt learned from government circles.

“The platform should lead to a data infrastructure that guarantees data sovereignty according to European standards (in other words, according to the requirements of the gdpr [General Data Protection Regulation]), which would allow the relatively relentless exchange of data between companies,” wrote digitial-today.de. “At the same time, it would provide such a broad database that [Artificial Intelligence] applications could be developed much faster than before. The data should be in a kind of super-cloud, accessible to industrial groups and [small- and medium-sized enterprises] alike.”

The question now is how successful will Europe’s technological advances be? Traditionally, Europe’s strength has been in its industries. But in light of the digital revolution, the Continent seems to have lost the race, trailing behind the U.S. and China. However, if Europe can use innovation to reboot its industry, the Continent could again reach new heights.

“We have a well-established industry, which still has to be far more connected to the new technologies. But once this happens, it will develop a totally different field of power than a purely technological or digitalization firm,” former German Defense Minister and current chairman of Spitzberg Partners Karl-Theodor zu Guttenberg said in a television interview with Plus 4-Talk. “But of course, this can’t just be a German initiative. It has to come from all of Europe.”

During the administration of U.S. President Donald Trump, Europe has become more willing to trust Germany’s leadership. A few decades ago, the thought of Europe surrendering to Germany’s will would have been ridiculed, but today it is reality.

Herbert W. Armstrong reiterated a warning in 1961 that Europe would unite under German leadership. “More than 27 years ago, I proclaimed over the air, and wrote in the Plain Truth, the Bible prophecy that the old Roman Empire was going to come to life—in our time,” he stated. “I said it would come as a United States of Europe. … Fear of Russia, plus distrust of the United States, is driving them to this political-military union! And today it is coming fast!”

Germany today is united and, undeniably, the leading power in Europe. Fear of an ever strengthening Russia is driving European nations, especially those in Eastern Europe, to unite militarily with Germany. And now European countries are working to ensure their information technology systems are not dependent on the U.S.

When European nations submit to a German-led cloud they are agreeing to Germany’s terms and conditions. Recently, the EU passed various regulations to curb America’s Big Tech companies. Germany’s real goal behind this is to control the Internet. Trumpet editor in chief Gerald Flurry explained this thoroughly in his article “Germany Is Taking Control of the Internet.” He wrote:

A European cloud certainly will enhance Europe’s cooperation and economically strengthen the Continent. In the process, Germany will have the opportunity to control and regulate it.

Mr. Armstrong used Bible prophecy as the true source of his forecasts. The Bible foretells that, in this end time, Europe will unite under Germany’s rule (Revelation 17:10-13). It also foretells that this rule will be dictatorial, even regulating people’s ability to buy and sell (Revelation 13). We are beginning to see more and more how Germany is preparing to again impose its dictatorial rule over Europe. These and other Bible prophecies are thoroughly explained in Who or What Is the Prophetic Beast?, by Herbert W. Armstrong.

We are getting close to the fulfillment of dozens of prophecies foretold thousands of years ago. In this end time, these prophecies were made plain and revealed to Mr. Armstrong, who proclaimed them for decades. Order your free copies of He Was Right and Daniel Unlocks Revelation, by Gerald Flurry, to understand more about these prophecies and exactly how they will come to pass.