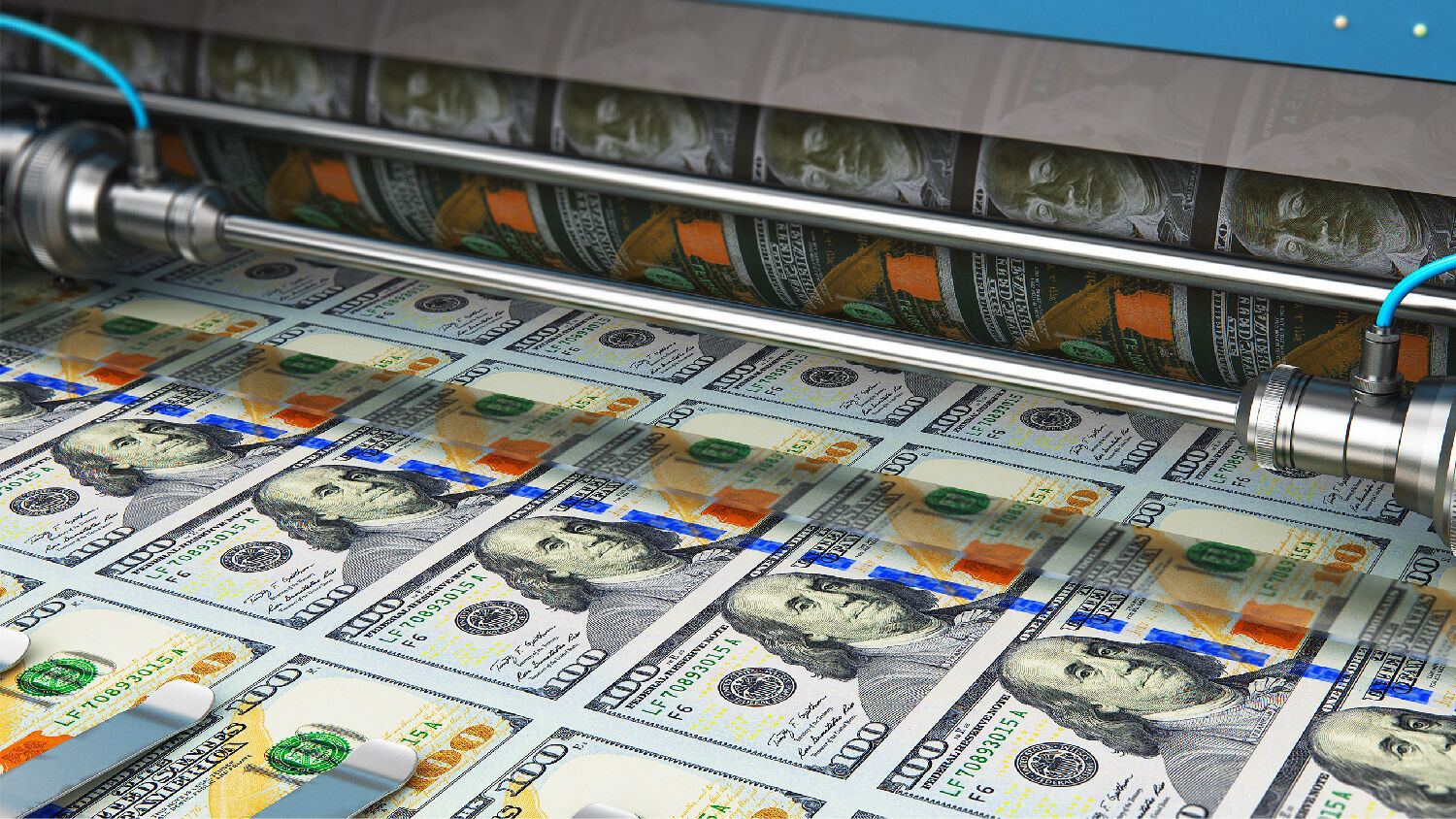 Democratic candidates shy away from one of America’s most dangerous problems.

America’s federal deficit reached more than $1 trillion in August for fiscal year 2019, reported the Congressional Budget Office (cbo) on September 10. This will be another record-setting year for the national debt, yet it is barely discussed in politics. When it does come up, many blame United States President Donald Trump’s tax cuts; however, the true issue is an area that Democrats are unwilling to acknowledge.

Two days after the cbo’s announcement, Democratic candidates for the 2020 election engaged in their third primary debate. Topics included gun control, border security, trade and universal health care, but little-to-nothing was said about a relevant and important topic: the economy.

America’s ballooning debt did not receive even a mention. Given that President Trump puts a strong focus on the domestic economy, it would be logical for Democrats to attack this issue first and foremost. So why won’t anybody talk about America’s economy?

Democrats blamed President Trump’s tax cuts for boosting the deficit. In reality, the government’s revenue—the income it gets, mostly from taxes—has gone up. It has climbed by 3.4 percent. Some argue that it would have risen further without Mr. Trump’s tax cuts. But that would have only been by a few extra percentage points, at most. It’s clear the tax cuts are not responsible for the massive jump in government borrowing.

Adding to the trouble, interest paid on the national debt increased by 14 percent over last year. This is one of the most dangerous problems. America will start borrowing more money simply to pay the interest on old loans. This becomes a vicious cycle, pushing the nation further and further into debt.

According to the U.S. Treasury Department, federal debt as of September 16 is $22.6 trillion. This is almost $70,000 per citizen and is impossible to realistically pay off. And the government seems to have no intention of doing so.

Amidst all this, neither Democrats nor Republicans have a strategy to stop the unsustainable deficits and the swelling federal debt. Neither side is keen on restraining the level of spending. President Trump has kept the economy growing at a pace faster than the established “healthy” growth rate, risking a recession, while at the same time refusing to raise taxes or ease spending. The Democrats are not much different: Their plans call for massive spending on programs for free health care and education.

America’s love of debt is nothing new. But President Trump’s love for debt, combined with the legacy of the Obama administration, could bring unprecedented disaster.

The so-called debt ceiling has become meaningless after being raised several times. But there are limits: The debt cannot be refinanced forever. Even governments can default on their debts. Although this is seen as highly unlikely in a developed economy, a lot of the perceived security rests on investor optimism. Remove confidence in the U.S. economy by a major domestic or world crisis, for example, and everything could collapse in a very short time. The mere mention of a default on national debt by Congress could seriously damage that confidence.

In a competitive world where nations like China are shifting away from the dollar as the global reserve currency and replace it with the yuan, the U.S. should be more concerned than ever about its $1 trillion in new spending—and its $22.6 trillion in federal debt. This is already more than the U.S. produces in an entire year, and it is getting worse.

Yet neither side of the political spectrum has acknowledged that the U.S. economy grows more vulnerable every day.

Should America—and the world—be worried about a recession?

It took many years for the U.S. to accumulate such massive debt, though it has accelerated greatly under the current and previous administration. Over those years, nobody warned about an American financial collapse with more consistency and authority than Herbert W. Armstrong.

Now, as banks again get comfortable with dangerous mortgage bonds as they did before 2008, his warning is more relevant than ever.

Mr. Armstrong founded the widely read Plain Truth newsmagazine. He wrote to subscribers in 1971, when the American economy was seemingly doing well, that a recession was coming. He knew the warning would be ridiculed. But only a couple years later, he was proved right by the notorious opec oil crisis.

One might argue that recessions are an unavoidable part of our economic system—and they are. But Mr. Armstrong predicted the decades-long trend we see today: the U.S. economy being burdened with unpayable debt, to the point where it will falter and even collapse.

How could he have known?

In 1968, he warned about an “eventual economic collapse for the United States” resulting from a devalued dollar. This is what happens when a nation cannot pay its debts. The Bible describes a time when “they shall cast their silver in the streets, and their gold shall be removed …” (Ezekiel 7:19). This pictures a formerly strong currency becoming worthless—exactly what happens when a government defaults on its debts. For years, the U.S. dollar has been the world’s reserve currency. But this will not last forever. In fact, it will end sooner than most imagine.

Mr. Armstrong described the cause and solution to America’s economic woes in a Jan. 20, 1983, co-worker letter:

In November, 1919, I was a member of the Chicago Association of Commerce. At a regular weekly membership luncheon, the noted Boston statistician and economist, Roger Babson, was guest speaker. He astonished major bank officials and industrial leaders saying that in one year we would experience the most drastic depression our generation had known. Economic executives ridiculed. We were then in an upward trend of prosperity.

A year later Roger Babson again was our guest speaker. He said, “The year has passed, and I am back and depression is here with me.” There was no ridicule or laughter. Mr. Babson told us why he knew, and why business and financial executives did not.

“When I want to know what the temperature in this room is going to be an hour or two from now I don’t consult the thermometer on the wall. I go to the boiler room and see what is going on down there. I go to the factor that causes the future temperature. You men were looking at bank clearings, retail sales, wholesale indexes, stock car loadings and trends—the thermometers on the wall.” But Mr. Babson said he had learned that when 51 percent or more of the people were righteous in their dealings with one another, prosperity was just ahead. But when 51 percent or more of the people were unrighteous in their dealings, economic depression was coming.

Mr. Armstrong relied on the definite and sure word of Bible prophecy to make these predictions. He knew that God blesses nations for obedience and curses them for disobeying His laws, which exist for our own good (see Leviticus 26 and Deuteronomy 28).

The Bible says a U.S. financial crisis will be the catalyst for the final revival of the world’s most dangerous empire: a German-led united Europe. An economic crash is coming that will dramatically change the world.

How can you prepare? Read the chapter “Our Financial 9/11 Was Prophesied” in our free booklet He Was Right. It will give you Bible-based insight far beyond what even the best economists can provide.