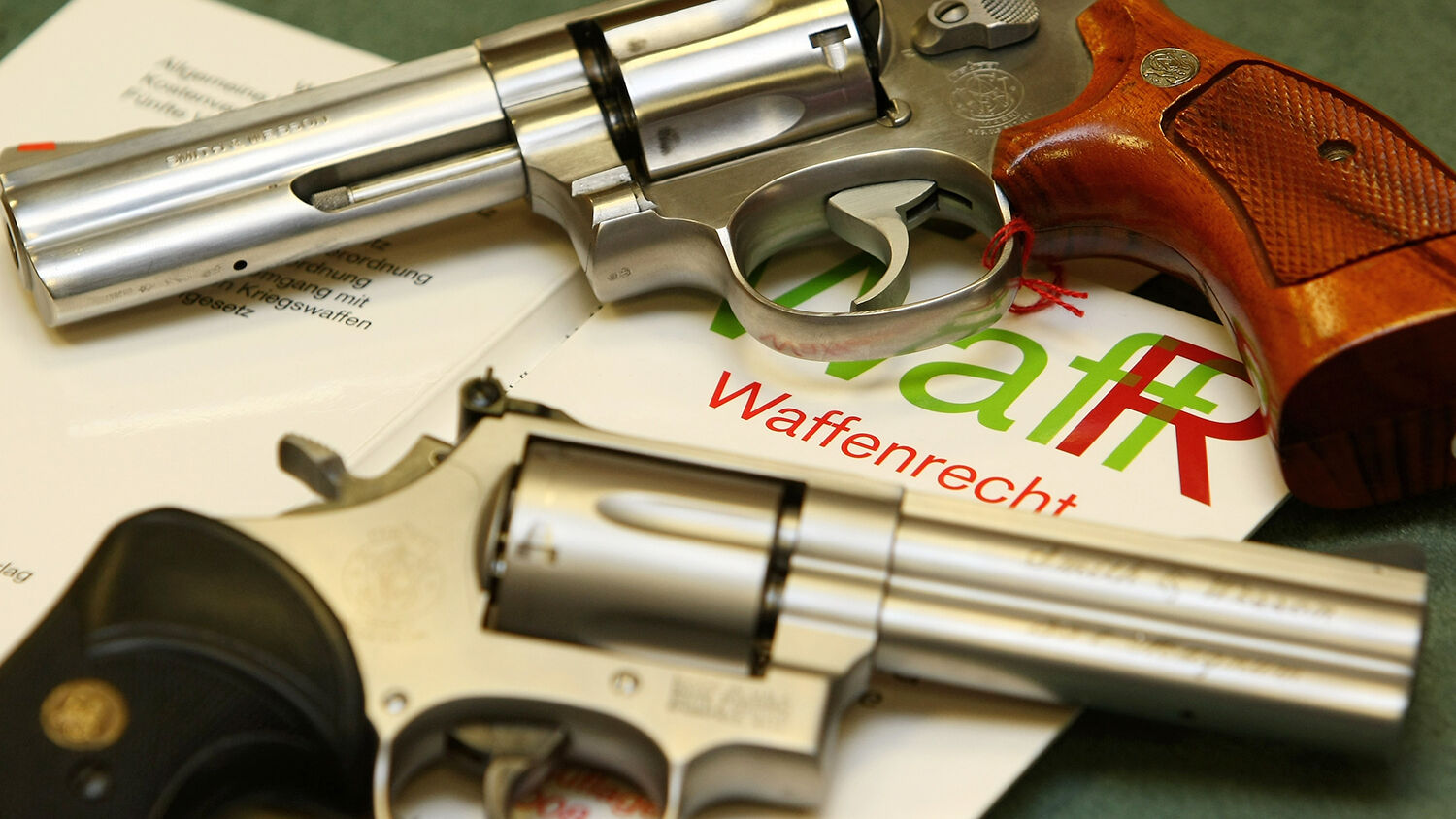 Germany’s groaning for security means Bible prophecy is about to be fulfilled.

Due to strict gun laws, bureaucracy and the lack of necessity in a relatively safe country, it is extremely rare for a German to own a firearm. However, over the course of the refugee crisis, a unique phenomenon has occurred: More and more Germans are purchasing guns. And apparently, one New Year’s Eve 2015 event triggered it all.

In a September 4 article titled “Germans Are Arming Themselves,” Die Welt analyzed some of the causes for the radical increase in permits.

“The Union of Police (GdP) speaks of a ‘latent feeling of insecurity’ in the population,” Die Welt reported (Trumpet translation throughout).

“Ever since the events at the Cologne Cathedral on New Year’s Eve 2015, more and more people seem to feel insecure,” GdP chairman Oliver Malchow told Rheinischen Post. During that celebration, hundreds of women were sexually harassed by groups of young North African and Arab men. The police were overwhelmed, and many Germans lost trust in the country’s security system. This lack of trust has manifested itself in various ways, one being the dramatic increase in gun ownership.

“The problematic increase in small arms licenses shows that we need to work to restore a sense of security to many citizens. A first important step is a greater police presence on the road,” Malchow said.

Germans are yearning for security, the kind of security they previously had in a strong German state. As their trust erodes, more and more citizens are looking for a different government, as evidenced by 1 in every 4 voters opting for the far-right Alternative für Deutschland in the most recent state elections in Saxony and Brandenburg.

Other citizens have formed groups in their own neighborhoods, claiming to be taking the security of their town into their own hands. In some cases, citizens have joined the extreme fringes of society. Various right-wing extremist groups have seen an upsurge in membership, and more and more protest movements have developed across Germany.

The so-called “Reichsbürger,” a group that rejects the authority of the federal government and has an anti-Semitic viewpoint, has gained thousands of new supporters. Reichsbürger claims that the last legitimate German government was that of Adolf Hitler. Authorities hoped that this group would eventually vanish; instead, it has now caught the public eye. In the German state of Baden-Württemberg alone, the number of Reichsbürger supporters increased by 700 from 2017 to 2018.

All these trends point to one fact: Germans are seeking a stronger, more trustworthy government.

This is laying the foundation for the fulfillment of various Bible prophecies. The Bible foretells that Germans’ desire for security will drive them to accept another strong leader who will provide their desired security. The Prophet Daniel wrote: “And in the latter time of their kingdom, when the transgressors are come to the full, a king of fierce countenance, and understanding dark sentences, shall stand up” (Daniel 8:23). As our free booklet A Strong German Leader Is Imminent explains, this scripture, along with various other passages, reveals that Germany will yet again follow one strong leader into yet another dictatorship.

We are living in world far removed from God (Ephesians 2:2). People are looking to themselves or other men for security; almost nobody relies on God. As tensions in the world increase and troubles rise, many nations are looking to strong leaders. Germany, in particular, has been known to crave such leadership during times of crisis.

Though Chancellor Angela Merkel has kept her country the stable leader in Europe, Germans have lost trust in her ability to provide Germany’s basic security needs. In this tumultuous time, they are looking for a strongman. In “Germany—A New King Is Imminent,” Trumpet editor in chief Gerald Flurry wrote:

There is a strong demand for a new leader in Germany. People can’t agree on what his policies should be—but they want someone different from Merkel, and someone with vision. …

“Angela Merkel would have made for an excellent leader in ordinary times,” Foreign Affairs continued. However, she came on the scene “at the one moment in Germany’s postwar history when the country—and the world—desperately needed its chancellor to pursue a bold vision.” The Guardian wrote that one of Merkel’s big problems, in the eyes of her critics, was that she had “no real vision.”

The Germans today hunger for someone different! Someone with charisma and vision—someone who can really calm their fears and address the urgent problems facing Germany and Europe.

Many see Germany’s unrest, but few understand where it is leading. The Bible gives insight into world events and mankind’s future like no other book can. It also gives hope where no human can give hope.

To understand the specific prophecies that relate to the rise of Germany’s strongman, request your free copy of our booklet A Strong German Leader Is Imminent and read “Germany—A New King Is Imminent.”