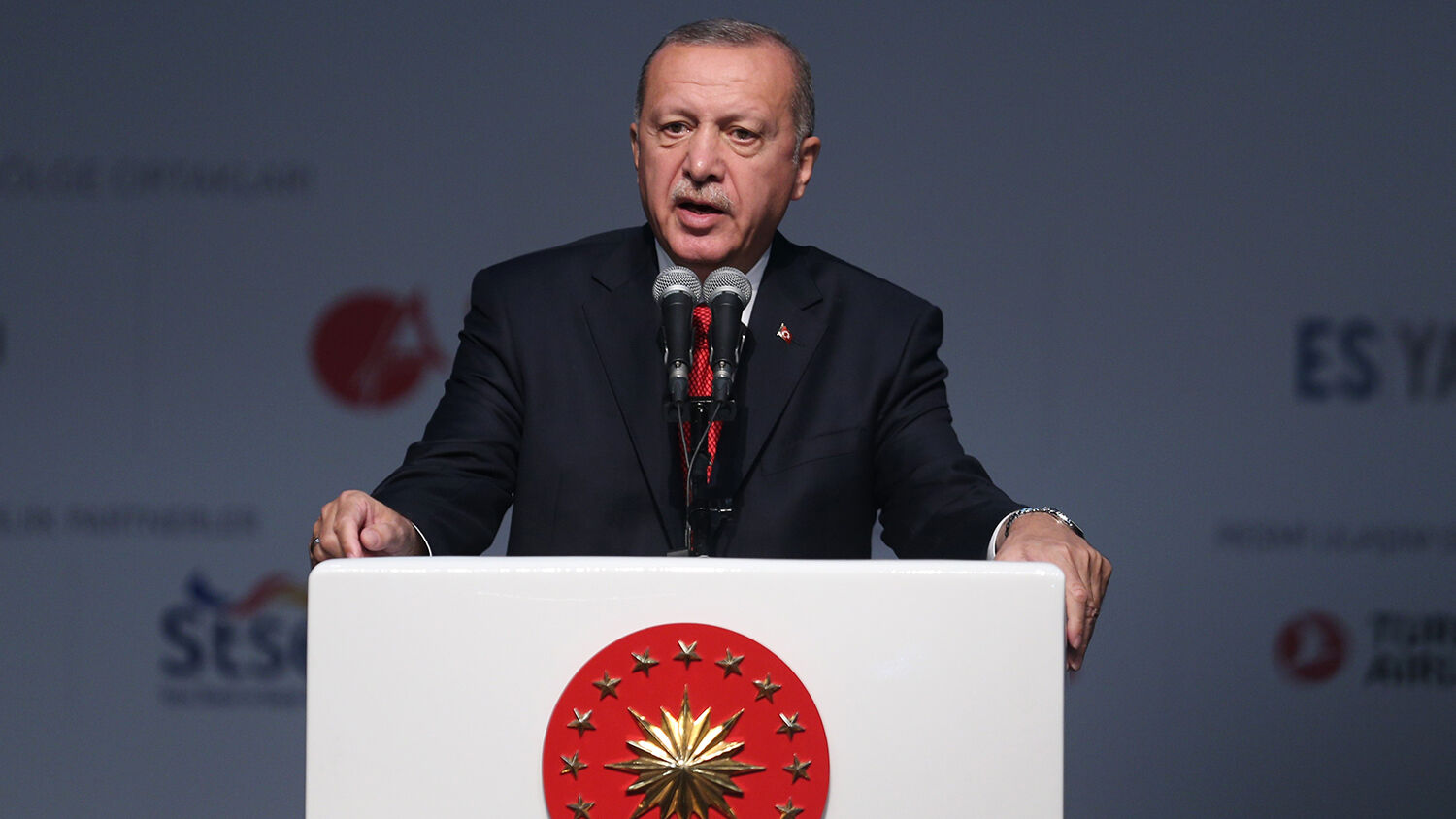 The global nuclear arms race is heating up again. How will it end?

During a speech on September 4, Turkish President Recep Tayyip Erdoğan said it is unacceptable that his country does not possess its own nuclear weapons. His words express a similar mood to other nations contemplating the bomb. As the Iran nuclear deal falls apart, the Middle East is set to become even more dangerous.

Nuclear weapons are a hot topic of late. Several countries, in complete disregard of the 1968 Non-Proliferation Treaty, are considering obtaining these doomsday devices. The increasing pressure to go nuclear is worrying many analysts—and fulfilling a major Bible prophecy.

“Several countries have missiles with nuclear warheads, not one or two. But we can’t have them. This I cannot accept. There is no developed nation in the world that doesn’t have them,” stated Erdoğan. His words are concerning for a number of reasons. Broaching the subject of nuclear weapons has consequences, and he knows it.

An article from the National Interest began by asking, “Did Erdoğan set off a nuclear arms race in the Middle East?” Though it would take some time for Turkey to field a functional nuclear weapon, it could certainly accomplish it, Joseph Cirincione, president of the Plowshares Fund, told National Interest.

Turkey is a member of nato, meaning all other nato members must come to its defense in the event of an attack. Turkey already stores American nukes at Incirlik Air Base, but Erdoğan is evidently unwilling to trust the weakening nato alliance. In July, Turkey was kicked out of the American F-35 fighter jet program for disregarding warnings against purchasing a Russian surface-to-air missile system. Calling for the development of nuclear weapons is another turn away from nato and toward Russia.

Cirincione argued that American nukes should be taken back to the U.S., telling the Washington Examiner, “Erdoğan is an ally in name only, who has now entered into a military arms relationship with Russia.”

Considering Turkey’s location, it makes sense for it to align with Russia as Iran seeks its own nuclear weapons.

These developments only add to the tension in the region. India and Pakistan, two of the world’s major nuclear powers, are locked in a diplomatic and military standoff over the status of Kashmir, a border region. Parts of Kashmir are claimed by India, Pakistan and another nuclear power wary of them both: China. Analysts have speculated over these nations’ willingness to escalate into a nuclear war during an active conflict.

Meanwhile, tensions are increasing between Russia and the U.S. after a Russian nuclear test went wrong and scattered radioactive particles over large swathes of land. Though terrible, that explosion was miniscule compared to the devastation wreaked by actual nuclear weapons.

Adding to the risk of an expanding arms race, many nations that do not possess nuclear bombs have civilian uranium enrichment programs: Japan, Germany, Italy and Brazil, to name a few. Officials in Saudi Arabia said on September 9 that they will also begin to enrich uranium. Though billed as a project for power generation, nuclear enrichment is a dual-use technology: It can be switched to military purposes with minimal alterations.

Where are all of these developments ultimately leading?

Speaking of the advent of nuclear weapons, Winston Churchill said that “mankind has never been in this position before. Without having improved appreciably in virtue or enjoying wiser guidance, it has got into its hands for the first time the tools by which it can unfailingly accomplish its own extermination.”

While Erdoğan has been accused of mentioning nukes only to stoke nationalism, many of the most anti-Western nations in the world either have nuclear weapons or are close to obtaining them.

What Churchill said is still true: Though technologically advanced, mankind does not know how to solve its problems.

Nuclear armageddon is a real threat.

Another important man in history wrote about this alarming paradox. He boldly foretold that mankind would bring itself to the brink of extinction by nuclear war. This man was Herbert W. Armstrong.

In 1985, Mr. Armstrong wrote in Mystery of the Ages: “I have seen this 20th century develop into a state of awesome advancement and achievement industrially and technologically. Paradoxically, I have seen alarming escalation of appalling evils, crime and violence and the crucible of nuclear war develop to threaten the very extinction of the human race within the present living generation.”

He explained that this paradox is a mystery. Why are humans able to build the most advanced technological wonders, yet unable to heal relations between nations, groups and individuals? Will nuclear war ever be eradicated?

Matthew 24:21-22 give God’s answer: “For then shall be great tribulation, such as was not since the beginning of the world to this time, no, nor ever shall be. And except those days should be shortened, there should no flesh be saved: but for the elect’s sake those days shall be shortened.” Jesus Christ warns that a nuclear war will precede His return. If it weren’t for the Second Coming, all of mankind would be obliterated!

And yet there is hope in this end. This devastating time will be cut short. And soon war will end forever.

To understand why our world is full of appalling evils and how you can have hope for the future, order your free copy of Mystery of the Ages, by Herbert W. Armstrong.