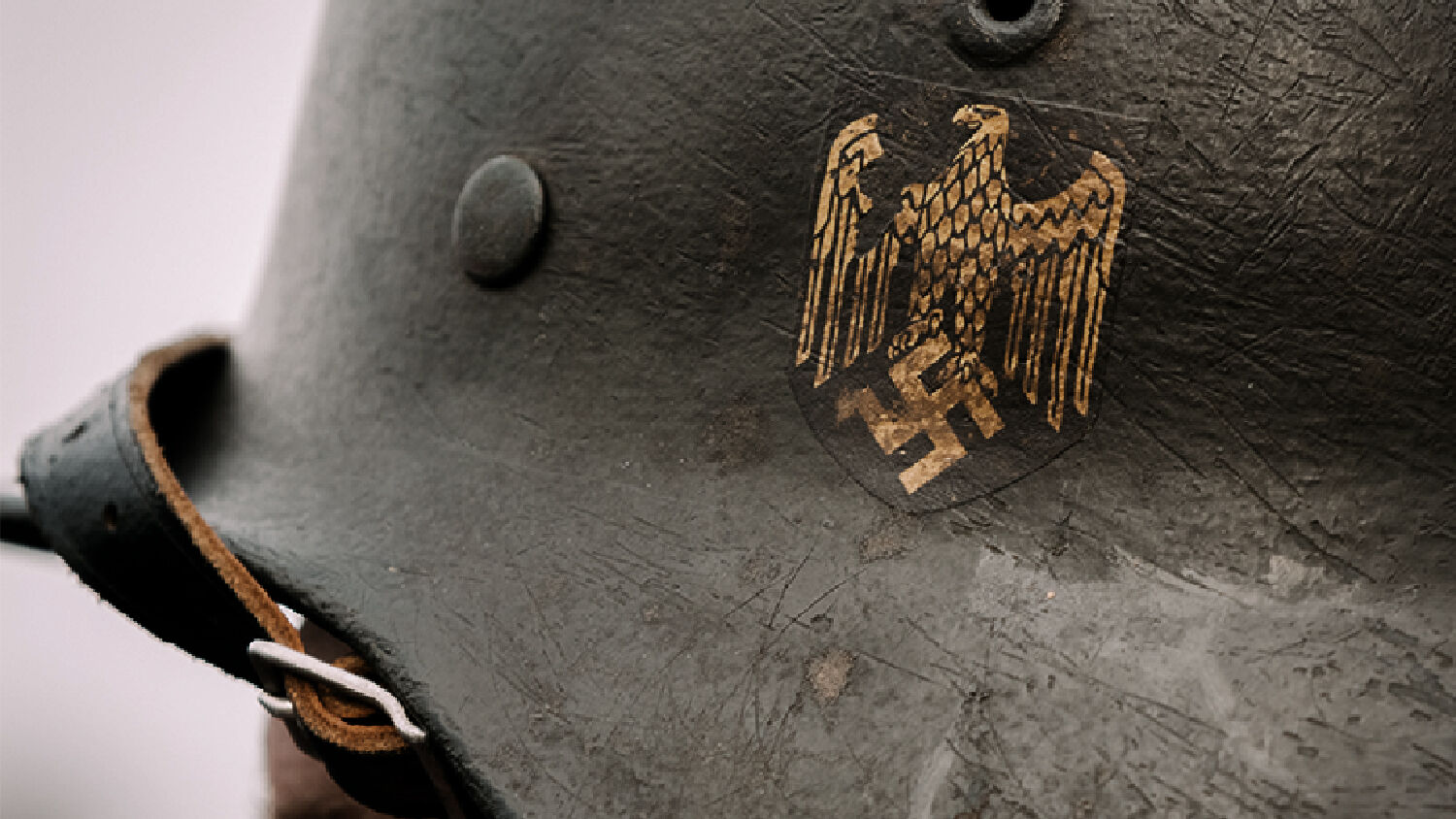 Eastern Germany’s yearning for a strong German Army was prophesied.

Germany’s Alternative für Deutschland (AfD) party has gained record votes in Eastern Germany. In the state elections in Saxony and Brandenburg on September 1, almost every fourth voter chose the AfD. While the AfD is known primarily for opposing Chancellor Angela Merkel’s refugee policy, the party also wants to break the chains of Germany’s postwar history—especially when it comes to the German Army.

Eastern Germany has always been more threatened by Russia than Western Germany. This has affected the mentality of many in the region, causing them to desire a stronger, more capable army.

The kingdom of Prussia, with its capital in Berlin, was known for its military strength and brutality. Additionally, many of Adolf Hitler’s generals and military strategists came from Eastern Germany.

While Germany has changed over the decades, militarism and far-right ideologies are still more dominant in Eastern Germany.

Recently, the Army has been heavily criticized for its lack of military preparedness. Defense ministers have sought to make the Army more “family friendly” and more accepting of homosexuals and other minorities. They have even attempted to diminish the role of tradition within the military. Many in the German armed forces have opposed this stance; some right-wing extremists have even been expelled from the army. But the strongest opposition is coming from Eastern Germany, as the recent elections show.

In the lead-up to the elections, many feared that the AfD could become the strongest party in Saxony or Brandenburg. Although this didn’t happen, there is no denying that the party has grown to a point that its presence in parliament can no longer be ignored. Some politicians in the Christian Democratic Union in Saxony, for example, once considered a coalition government with the AfD, though the cdu leadership has since ruled it out.

In 2017, AfD leader Alexander Gauland said, “If the French are rightly proud of their emperor and the Britons of Nelson and Churchill, we have the right to be proud of the achievements of the German soldiers in two world wars.” Gauland also said that Hitler’s atrocities during World War ii were a mere blemish in a much larger, more glorious German history.

This view not only downplays the atrocities of World War ii, but it also denies that Germany’s entire history has been predominantly marked by military conquest. This perspective is not only popular among AfD voters, it is becoming the common belief of many Germans today.

On this basis, many of the AfD’s demands claim that the restrictions of the German Army, as defined by Germany’s Basic Law, are no longer applicable.

The Basic Law, for example, requires a strict separation between internal and external security. Hitler used the army to enforce his will on the people, which is a major reason the Allied forces agreed to ban soldiers from German streets. But according to the AfD, such a ban is no longer necessary. In a position paper relating to the Army, the AfD wrote: “Internal and external security of our country can no longer be protected separately from each other. … The blocking effect of the Basic Law must be adapted” (Trumpet translation throughout).

Most striking are the AfD’s demands to revive a military spirit within the Army and a corresponding greater acceptance in society.

“In addition to matériel and personnel rearmament, a spiritual and moral reform of the troops is imperative for the reconstitution of the German armed forces,” the paper argued. “The operational readiness of the Army depends, to a large extent, on the motivation and the strength of its soldiers’ character. At the center of all military thinking must be the ability and will to fight. The Bundeswehr is part of a centuries-old German military tradition.”

Since World War ii, this German military tradition has been viewed and discussed with shame. German soldiers have lost their former glory. But the AfD says that this view has to change in society and in the education of soldiers. “It is the duty of the military leadership to prepare the men and women of the Bundeswehr, both physically and mentally, for the relentlessness of the struggle. The training is carried out in the awareness of this principle. It is still true today that ‘Sweat saves blood.’”

“Sweat saves blood” is the slogan of one of Hitler’s most famous military generals: Erwin Rommel. Rommel’s slogan “Sweat saves blood, blood saves lives, and brains save both” has been the basis of many of Germany’s conquests.

No doubt: The [AfD’s] paper is full of pathos and lists individual claims that must be considered absurd. This applies to an independent military justice as well as to the military leadership position of the Bundeswehr on the Continent.

Other demands, however, make sense. Behind the martially formulated statement “the strengthening of the will to defend” within the armed forces and the rest of society stands in the end nothing other than the pursuit of greater acceptance of the Bundeswehr. That would be self-evident in every other country. However, in Germany, which started the Second World War by invading Poland, the Bundeswehr still has a hard time with this.

The topic of the Army has risen in recent months to one of the most discussed issues in German politics. While proposed solutions differ, the population is aware of the necessity for change.

One main topic of recent years has been the fact that Germany’s army has lacked necessary funds to remain competitive.

In a recent interview with ndr, Karl-Theodor zu Guttenberg talked about his time as defense minister and added a unique perspective to the heated discussions. In the interview, he put the lion’s share of the blame for Germany’s military shortcomings on Chancellor Angela Merkel.

He also talked about the necessity to increase the Army’s acceptance within society. Defense Minister Annegret Kramp-Karrenbauer seeks to do this by providing soldiers free train tickets. Guttenberg said that this is a nice gesture but not nearly enough.

The AfD is not the only voice seeking to bring the German military back into the center of society. But the AfD shows that even the extremes of promoting German military tradition are again becoming mainstream, especially in Eastern Germany.

The nation’s history shows a recurring pattern of militarism. Bible prophecy proves that Germany will again revert back to this spirit of militarism in this end time. It will be a revival that will be spread throughout Germany by the hand of one strong leader.

Notice a prophecy in Daniel 8: “And in the latter time of their kingdom, when the transgressors are come to the full, a king of fierce countenance, and understanding dark sentences, shall stand up. And his power shall be mighty, but not by his own power: and he shall destroy wonderfully, and shall prosper, and practise, and shall destroy the mighty and the holy people. And through his policy also he shall cause craft to prosper in his hand; and he shall magnify himself in his heart, and by peace shall destroy many: he shall also stand up against the Prince of princes; but he shall be broken without hand” (verses 23-25).

This prophecy is explained in detail in Trumpet editor in chief Gerald Flurry’s free booklet A Strong German Leader Is Imminent. These verses refer to the time right before the Second Coming of Jesus Christ, as evidenced by the fact that this man will “stand up against the Prince of princes,” referring to Christ. Though mainstream Christianity does not speak about this prophecy, it is consistent with other New Testament prophecies (e.g. Revelation 17).

The Bible makes clear that Germany’s military revival will follow a historic pattern (Daniel 2 and 7; Revelation 13 and 17). Based on these prophecies, the Trumpet and its predecessor, the Plain Truth, have forecast for decades that Germany will return to a militaristic mindset, yet again disturbing the peace of the world. This military revival will cost the lives of billions of people. But there is hope. The destruction will be stopped by the return of Jesus Christ.

Request your free copy of Daniel—Unsealed at Last! by Gerald Flurry to understand Bible prophecy in its true context. In this booklet, Mr. Flurry explains in detail what God expects from individuals who respond to His warning.