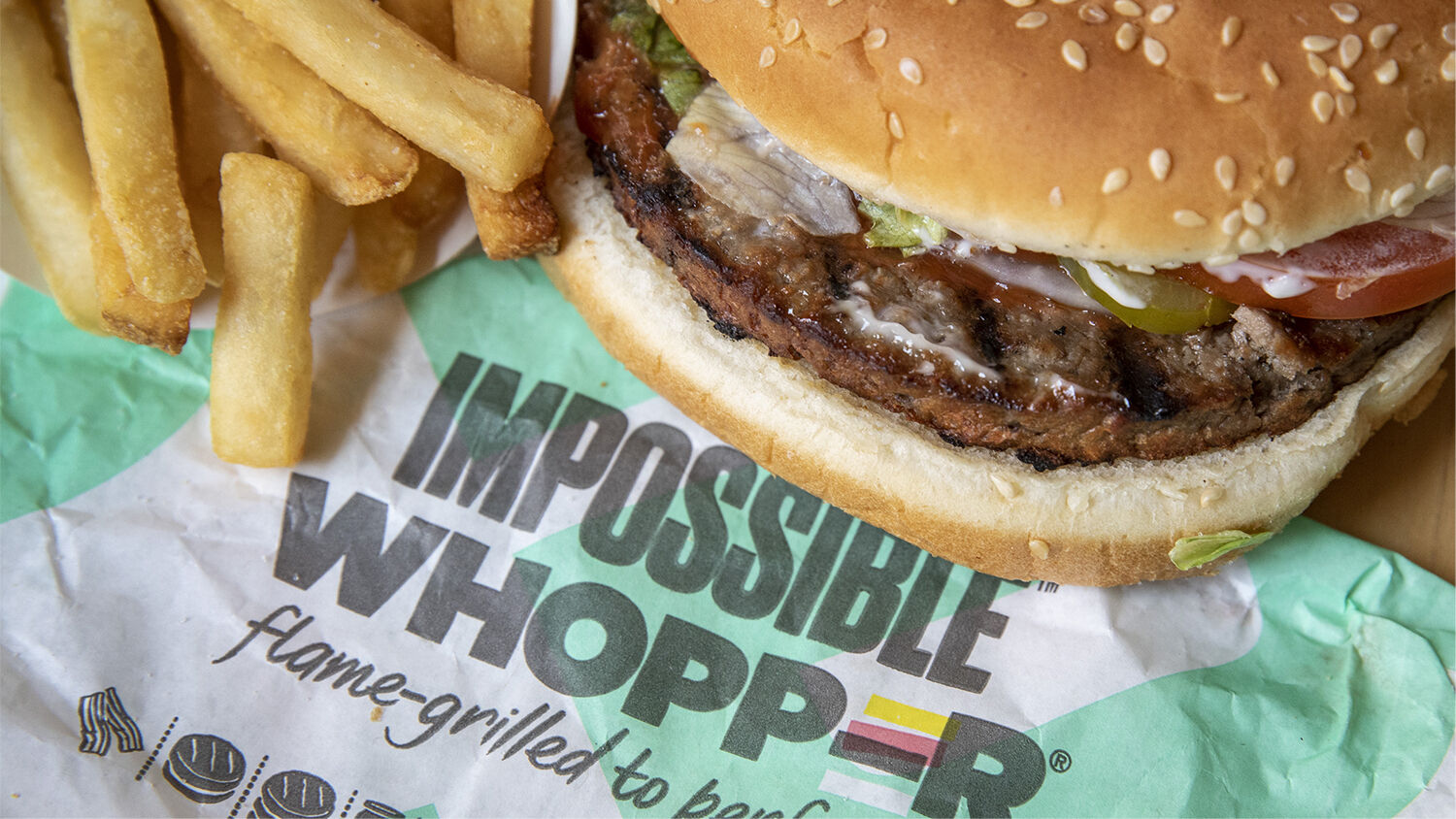 A generation ago, vegans were rare. They were also easily identified by their hippie-style appearance and their animal rights demonstrations. Today, there’s a concerted effort to make veganism mainstream.

Vegans are people who avoid any food, article or production method that uses animals. They are motivated by views on animal welfare, personal health and trying to appear trendy. An estimated 3 percent of the population is actually vegan, but the vegan and “plant-based” lifestyle is being promoted to millions more. Supermarkets, restaurants and fast-food outlets now offer plant-based vegan pizzas, burritos, hot dogs and even laboratory-crafted “impossible burgers” that look, bleed and taste like beef.

Marketers for vegan foods often indicate that it is healthier. The Dietary Guidelines Advisory Committee has even proposed dropping red meat from its recommendations. But the reality is blurry. A recent study by the Humane Research Council found that 84 percent of vegetarians and vegans eventually return to eating meat. Of those, 35 percent cite declining health as the main reason.

You cannot get enough nutrients if you are not eating animal foods, writes author of The Big Fat Surprise, Nina Teicholz. Vegetables pose certain nutrient bioavailability problems. For example, nonheme iron is not absorbed as well as the iron in animal sources; vegans tend to be vitamin B12 deficient—up to 50 percent. Vitamins A and D are found almost exclusively in seafood, organ meats, eggs and dairy products.

A meatless diet lacks these and many other key missing nutrients. It can cause Hashimoto’s thyroiditis, inflammatory bowel syndrome, anxiety, migraines, fatigue, anemia, cancer, neurological and psychiatric problems, Alzheimer’s disease, cardiovascular disease, arthritis and many other health issues.

Conversely, as the American Journal of Clinical Nutrition states, no study has shown any long-term association between eating meat and heart disease or cancer. In fact, red meat intake is inversely associated with certain diseases.

Veganism has long been associated with an ethical and environmental message. Today, it is increasingly drawing strength from widespread concerns about man-made global warming. Organizations are supporting veganism to promote political and social transformation—even revolution.

Among its benefactors are: Kaiser Permanente, the largest health-care organization in the United States; the Dietary Guidelines Advisory Committee; and the American Institute for Cancer Research.

Food industry giants and health organizations desire change, power and increased profits, and they crave the ability to dictate these issues on their own terms. To this end, the eat-Lancet study was commissioned as an aggressive attempt at a plant-based world through the elimination or restriction of consumer preferences. Page 34 of the report spells this out clearly: “However, the scale of change to the food system is unlikely to be successful if left to the individual or the whim of consumer choice.”

The eat Foundation and the World Business Council for Sustainable Development also jointly launched FReSH in 2017, with a membership of 35 companies. Collectively, they believe in the lure of “disrupting” what remains of the unadulterated food supply. This requires demonizing meat, producing fake meat alternatives, increasing crop production (meaning increased use of chemical fertilizers and other poisons) benefiting giant agrochemical companies, and taxing consumers for the sin of eating methane-producing meat, states Guardian Unlimited.

The private venture firm New Crop Capital also launched a $100 million “New Protein Fund” to focus on investments in 33 alternative vegan food companies. Though start-ups, many have the same grand ambitions as reflected in the words of Impossible Foods ceo Patrick Brown: “The whole mission of the company is to completely replace the use of animals as a food technology globally, by 2035. And that is unequivocally the most important mission in the world, full stop.”

It is a remarkable level of hubris further echoed by organizations such the United Nations and the World Bank, as well as the European Union. All favor an attack on global farming and ranching, and all will push for more environmental causes packaged in unscientific, inconsistent methodologies with insufficient evidence supporting inappropriate conclusions.

Accusations that cattle are a leading cause of anthropogenic climate change are entirely absurd. Proper livestock grazing aids the environment by restoring soil, preserving biodiversity, pollinating insects, improving water quality and mitigating flooding. Their dung also feeds earthworms, bacteria, fungi and invertebrates such as dung beetles, which pull the manure down into the earth. This is a vital process of ecosystem restoration, returning nutrients and structure to the soil while guaranteeing healthy lives for the animals, and in turn, producing healthy meat for consumers, states a 2018 Guardian Unlimited article.

And if we are to accept emission statistics, the U.S. Environmental Protection Agency states that agriculture accounted for 9 percent of U.S. greenhouse gas emissions in 2016. Of this, animal agriculture was responsible for a paltry 4 percent.

Yet even established meat-processing behemoths like Tyson Foods and Cargill are keen to enter the crowded fray of alternative meat production. Beef processing profits are usually “in low single digit percentages,” according to Tom Kirwan, ceo of abp, a leading beef processor in the United Kingdom and Ireland. Crops, such as soya, maize and grains, processed into human-consumable products on the other hand, yield profits of at least several hundred percent.

If you desire real truth, then the Bible will give you the “foundation of knowledge,” as educator Herbert W. Armstrong wrote. We can build on that knowledge without having to be caught up in the shifting winds of a bohemian novelty diet.

Biblical principles found in 1 Timothy 4:1-5, Leviticus 11 and Deuteronomy 14 show that a balanced diet includes certain meats. So enjoy a good steak, as well as an abundance of vegetables and other whole, fresh foods. The end result is superior health.