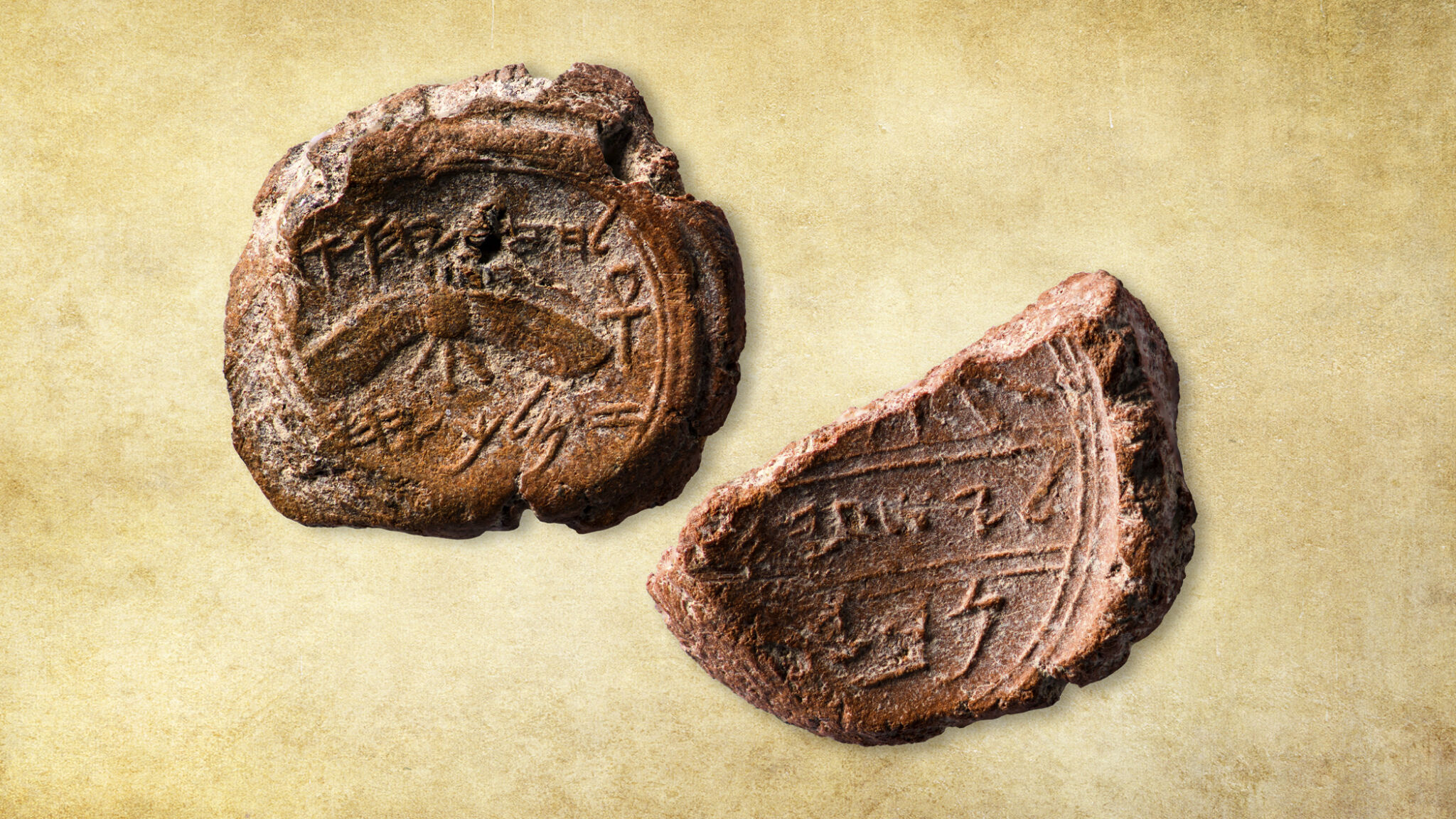 A recent discovery unearths vital history with much to teach.

From the October 2019 Trumpet Print Edition

Israeli archaeologist Dr. Eilat Mazar has excavated some amazing artifacts. Two of her greatest discoveries were the personal seal impressions of King Hezekiah and Isaiah the prophet. These tiny bullae were used to seal important documents and bear the authority of these men.

We were honored to showcase those two seal impressions in a world premiere exhibit at Armstrong Auditorium for nearly a year. Many people visited from around the world. (You can request a free copy of the exhibit brochure, Seals of Isaiah and King Hezekiah Discovered.)

Together these two artifacts tell a powerful story about a king of Judah working with a prophet of God. Discovered in the same strata of soil only 10 feet apart, these bullae offer some strong evidence of how closely these two men worked together. That is a unique and rare situation. Kings often killed the prophets because they hated their message. But Hezekiah and Isaiah forged perhaps the strongest king-prophet relationship in history, and it resulted in a tremendous miracle!

This is one of the Bible’s strongest examples of the right kind of faith. It is found in the book of Kings, which is one of the former prophets, a section of the Old Testament that is prophecy, primarily for this end time. (To learn more, request my free book The Former Prophets: How to Become a King.) During their partnership, Isaiah wrote his biblical book, which also contains prophecies specifically for our time today (Isaiah 30:8).

Ninety percent of Bible prophecy is for this end time. If you understand what is happening in the world, you can see that prophecy is being fulfilled by the week. Humanly, what is taking place can be frightening; the world can appear hopeless. Yet there are examples in the Bible that offer tremendous hope.

The Bible account of Isaiah and Hezekiah is buttressed not only by archaeology but also by secular history. Prove this, and it will strengthen your faith in God’s Word. I can guarantee that if you do, remarkable miracles will occur in your life.

The kind of faith we need is faith that believes God and His Bible, and then moves forward and acts on that faith. Any faith short of that is a dead faith. Despite the abundance of proof, almost nobody has faith in God and His Word today.

Dr. Mazar often says “let the stones speak” and tell you their history. The history of the Isaiah and Hezekiah seals is history we need to take special note of. It contains an incredible lesson about how you as an individual, or even whole nations, can be saved from physical and spiritual destruction!

Ruling in the late eighth century b.c., King Hezekiah was one of the most righteous kings in Judah’s history. He worked hard to reform the nation. “And he did that which was right in the sight of the Lord, according to all that David his father had done” (2 Chronicles 29:2). Hezekiah cleansed the temple Solomon had built and restored the priesthood. Under his leadership, most of the nation began departing from idolatry and turning toward God.

Yet like all humans, Hezekiah had his weaknesses. Judah was facing destruction at the hand of the Assyrian Empire. To protect his nation, Hezekiah looked to Egypt for help. Isaiah had warned the king that allying with Egypt would be a serious mistake (Isaiah 30 and 31). But Hezekiah proceeded.

Isaiah 36:1 shows that the Assyrian king, Sennacherib, “came up against all the defenced cities of Judah, and took them.” Sennacherib’s invasion was akin to blitzkrieg warfare: His army conquered 46 well-defensed cities within a year! He recorded his conquests on an artifact known today as the Taylor Prism. It reads, “As for Hezekiah, the Judahite who did not submit to my yoke, 46 of his strong-walled cities, as well as the small towns in their area which were without number, I besieged and took them by leveling with battering rams.” This Assyrian document parallels the Bible record. It also records some of the cruelty the conquering Assyrians inflicted on the Jews.

God was practically forcing the Jews to look to Him and not Egypt! Trusting in a physical alliance is a terrible mistake for a nation. God says to look to Him first and foremost, all the time. Then He promises to perform miracles and to save us from catastrophe.

I know this promise is absolutely trustworthy because I know a group of people who trust God and believe in His Word—and I see miracles fulfilled in their lives all the time! This is a truth that each person can prove to himself, yet few actually do.

After all those conquests, the only great city remaining in Judah was Jerusalem. If its capital city fell, all of Judah would be conquered and controlled by Assyria.

Hezekiah then made a second desperate attempt to save Judah. He went to the most beautiful structure on Earth, God’s temple, and stripped it of gold, silver and other valuables to give to Sennacherib as tribute (2 Kings 18:14-16). He was trying to buy protection from the Gentile king who was threatening Judah.

Sennacherib recorded receiving this tribute on his Winged-Bull inscription, an ancient document that also proves the Bible’s veracity.

This second faithless attempt also failed. The payment only emboldened Sennacherib. He set his sights on Jerusalem. He sent his top general, Rabshakeh, to deliver a dire message to its leaders and inhabitants. “Let not Hezekiah deceive you,” he said, “for he shall not be able to deliver you out of [Sennacherib’s] hand. Neither let Hezekiah make you trust in the Lord …” (verses 29-30). This Assyrian general told the people not to trust God! God took this personally.

Sennacherib later sent a letter to Hezekiah, mocking God and saying He was unable to protect Judah.

At this point, Hezekiah finally learned his lesson. After his physical attempts to deal with Assyria failed, Hezekiah realized there was only one source he could truly rely on. He brought Sennacherib’s letter to the temple, spread it before God (2 Kings 19:14), and cried out in earnest prayer!

God answered through Isaiah the prophet: “Therefore thus saith the Lord concerning the king of Assyria, He shall not come into this city, nor shoot an arrow there, nor come before it with shield, nor cast a bank against it. By the way that he came, by the same shall he return, and shall not come into this city, saith the Lord. For I will defend this city, to save it, for mine own sake, and for my servant David’s sake” (verses 32-34). God heard the king’s prayer and made a promise: Not a single soldier or arrow would enter Jerusalem!

The Result of Faith

Determined to conquer, Sennacherib and his 185,000-man army marched on Jerusalem. They encamped outside its walls and prepared to attack.

The Taylor Prism records, “As for Hezekiah, I shut him up like a caged bird in his royal city of Jerusalem.” No one could go into the city, and no one could go out. Sennacherib’s army appeared to have the battle essentially won already. Nevertheless, God had made a promise to a man who prayed in faith for protection!

This siege of Jerusalem has many historians perplexed. No historical document records Sennacherib ever entering Jerusalem. Many wonder why. The truth is, Sennacherib was utterly ashamed to record what happened! But it is recorded in the Bible.

“And it came to pass that night, that the angel of the Lord went out, and smote in the camp of the Assyrians an hundred fourscore and five thousand: and when they arose early in the morning, behold, they were all dead corpses” (verse 35). The strongest army on Earth was annihilated overnight! God had saved Jerusalem and Judah!

Few historical records survive, but in the third century b.c., Babylonian historian Berossus wrote that Sennacherib found his generals and army “destroyed” by the hand of God outside Jerusalem.

In 1815, Lord Byron, one of world’s greatest poets, wrote this in a poem about the defeat:

And there lay the rider distorted and pale,
With the dew on his brow, and the rust on his mail:
And the tents were all silent, the banners alone,
The lances unlifted, the trumpet unblown.
And the widows of Ashur are loud in their wail,
And the idols are broke in the temple of Baal;
And the might of the Gentile, unsmote by the sword,
Hath melted like snow in the glance of the Lord!

This poet believed what the Bible says that God did for Judah. Most historians and secular authors push the biblical account aside, rejecting the truth that God performs miracles. But this history of King Hezekiah proves that He absolutely does!

Hezekiah learned an important lesson the hard way: He learned to put his trust in God.

Remember, the former prophets are prophecy for our day. Assyria factors heavily into end-time biblical events. You can prove the identity of modern-day Assyria from your Bible. (To prove which nation is Assyria today, request our reprint article, “The Remarkable Identity of the German People.”) God is going to use the modern-day Assyrians to punish His people just as He did Judah anciently.

God commands us to live by His every word (Deuteronomy 8:3). Almost no one does. Yet I know a little group that does, and God blesses them mightily. God blesses anyone who will live by His every word and strive to obey Him. And when they see that they make mistakes, as Hezekiah did, they repent and turn to Him and His Bible and His prophecies. That is how we build faith. If we do that, then God will answer our questions and help us in spite of our weaknesses.

Faith comes by reading, studying and knowing the Bible, and then applying what it says. That is how you build your faith.

God created you. He created your mind. And He wants you to trust Him, to put your faith in His Word, and to live by its every word! The Bible is the majestic, royal Word of God. I can guarantee that if you walk by your faith and act on that faith, God will bless you and will fill your life with miracles and blessings. That is an iron-clad promise from God! 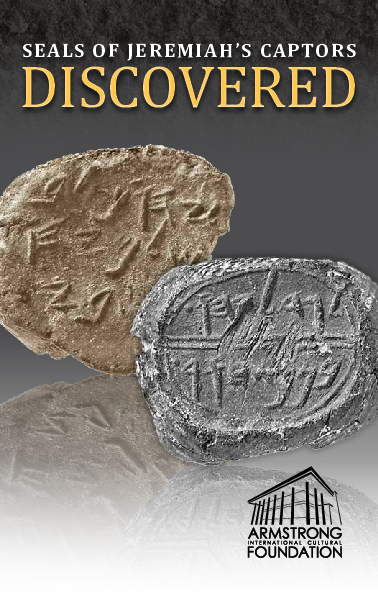 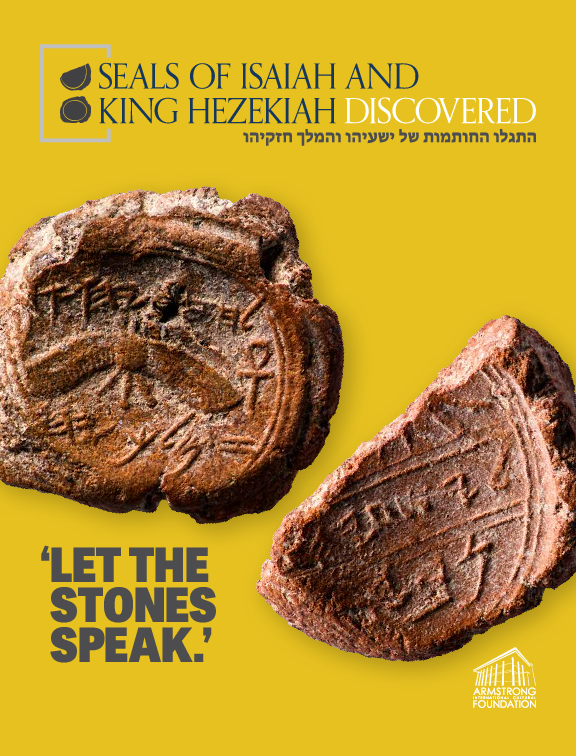