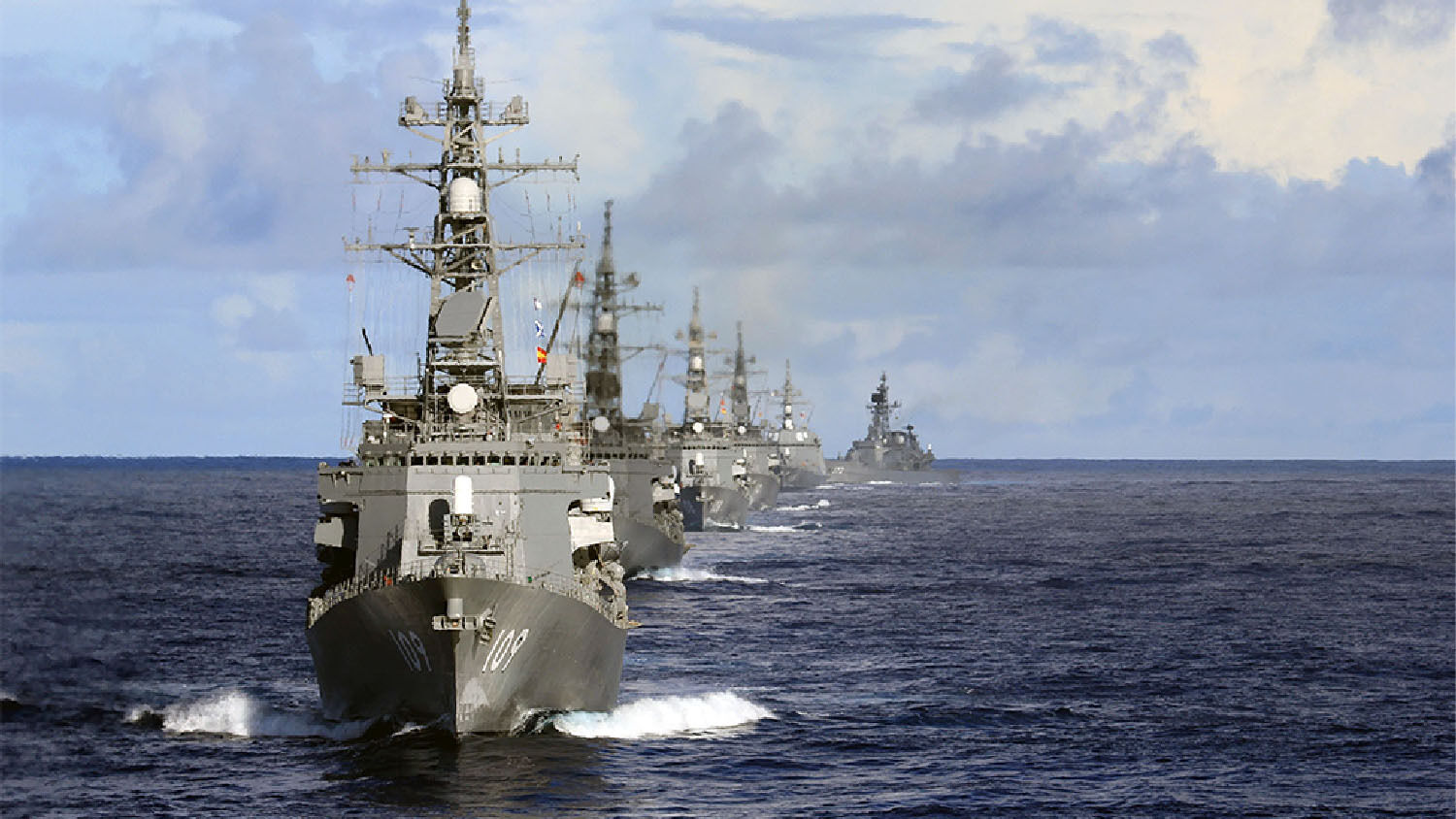 China’s rising power combined with increasing disorder in the United States military is giving China supremacy in the Pacific, warns the United States Studies Center at the University of Sydney, an Australian think tank.

Titled “Averting Crisis: American Strategy, Military Spending and Collective Defense in the Indo-Pacific,” the report highlights some key trends that point to the U.S. losing its grip on a whole region of the world it once controlled. The Australian think tank has even warned that China could make a quick land grab or attack, in such a way that the U.S. would not even bother to counterattack because of the high risk.

What makes the U.S. suddenly vulnerable?

Part of the threat is China’s military buildup. “Chinese counterintervention systems have undermined America’s ability to project power into the Indo-Pacific, raising the risk that China could use limited force to achieve a fait accompli victory before America can respond,” warned the report. Such an event would be similar to Russian President Vladimir Putin’s seizure of Crimea: quick, decisive but too small to risk a declaration of war between two of the world’s superpowers. Taiwan and Hong Kong stand in particular danger of this situation.

Since the Second World War, the U.S. has maintained a “defensive perimeter” through the first island chain and the Philippines. However, “today, none of this can be taken for granted.” Excepting the Philippines and Japan, China has extensively militarized the islands in this area, challenging the perception that American forces will be able to defend their allies fast enough should they incur the wrath of China.

China’s development of accurate and fast long-range missiles greatly increases the chance of casualties should a foreign power, such as the U.S., intervene in the Pacific. “Many U.S. and allied operating bases in the Indo-Pacific are exposed to a possible Chinese missile attack and lack hardened infrastructure,” said the report. “China has deployed a formidable array of precision missiles and other counterintervention systems” and, in the process, has made surrounding nations doubt that America will brave the risk of taking massive casualties, such as losing an aircraft carrier.

“What the United States fears the most is taking casualties,” taunted Chinese Rear Adm. Lou Yuan last year as he threatened to attack American aircraft carriers in the South China Sea. “We’ll see how frightened America is.” Many derided his claims as Communist propaganda, which they certainly are. However, the Australian report raises the questions: Could Rear Adm. Lou Yuan have a point? Could Chinese primacy in the Pacific deter America from intervening?

Another part of what makes U.S. forces in the Pacific vulnerable is internal weakness and a divided government.

U.S. forces in the Pacific are underfunded. “At the strategic level, Washington’s commitment to an expansive liberal-order building agenda—including nearly two decades of counterinsurgency wars in the Middle East—has dangerously overstretched its defense resources,” explained the report.

A readiness crisis has plagued American forces since 2017. That year, less than half the Air Force was ready to engage in “high-end” fights with other great powers. Slightly more than half of naval and Marine Corps aircraft were labeled as unfit to be flown, and two thirds of the Army’s brigade combat teams were unprepared for combat. And what about the all-important navy? It said it faced a “readiness hole.”

American sealift capacity, the critical force that sails soldiers and supplies to distant reaches of the globe during a conflict, is also collapsing due to a lack of funds. This could render U.S. forces ineffective should China attempt to seize territory, such as Taiwan. It certainly is not reassuring for America’s allies.

Decades of tight budgets caused by lengthy counterterrorism operations have delayed vital modernization to American forces in everything from fighter jets to nuclear weapons. The results have been “dire.” Many deployed American units have outdated technology or are lacking in crew training.

During the Obama administration, the defense budget was reduced, became unpredictable, and was even passed late, causing headaches for strategic planners. By 2016, the Army, Navy and Air Force were approaching their lowest numbers of enrollment since World War ii.

As for the nations’s giant defense spending, large portions of it have gone toward experimental projects, which have ended up being canceled. All the while, badly needed modernization projects are piling up; these are so numerous that they will “likely outstrip budget capacity.”

Although the Trump administration is working to address this, plenty of damage has already been done. And polarized viewpoints in the Senate continue bogging down the recovery process.

The main concern on peoples’ minds now is whether or not President Trump will lead America into a military confrontation with China. But few are aware of how dangerously overstretched the military is, and even fewer are asking if Americans will be able to look to the leadership in the Pentagon, or to their senators, for a permanent solution.

President Trump’s reforms may temporarily boost the military’s capacity, but they will not fix the deeper problems of the Senate, stop wasteful spending, or fully tackle the backlog of modernization necessary to keep pace with America’s adversaries.

Yet amidst the uncertainty, there are clear answers.

In the 1960s, Herbert W. Armstrong, founder of the Plain Truth magazine and presenter of the World Tomorrow television program, issued a grave warning: “Unless or until the United States as a whole repents and returns to what has become a hollow slogan on its dollars: ‘In God we trust,’ the United States of America has won its last war!”

Today, the Trumpet issues the same Bible-based warning. And it has proved painfully true.

The American people are descended from ancient Israel (for proof, read Mr. Armstrong’s free book The United States and Britain in Prophecy). Leviticus 26:19 warned that if Israel lived contrary to God’s way, He would allow it to spend its military and economic strength in vain, all while hostile powers built up their own strength. This is an end-time prophecy for Israel’s descendants. And from Vietnam to Afghanistan, reality has proved this Bible prophecy accurate.

Notice another prophecy in Deuteronomy 28: “The Lord shall cause thee to be smitten before thine enemies: thou shalt go out one way against them, and flee seven ways before them: and shalt be removed into all the kingdoms of the earth” (verse 25). Since 1945, America has been pushed out of every war without having achieved its goals.

Further, the Bible specifically mentions not only America’s faltering military power, but its loss of control over strategic sea gates. Genesis 22:17 says that Israel would possess “the gate of his enemies” (see also Genesis 24:60).

These maritime choke points are vital because whoever holds sway over them can control the movement of goods. As explained in our free booklet He Was Right, “These ‘gates,’ as they are called in the Bible, were major factors in the economic success of the British and American people and were indispensable to Allied success during World War ii. Since that time, however, the U.S. and Britain have, without a fight, surrendered their control as gatekeepers.”

The Pacific region is now proving this true: America’s money is being spent in vain, as former allies start trusting China over a more distant, weakening United States.

The Bible offers a dire warning. But you can turn to God’s way and escape the captivity discussed in this and numerous other Bible prophecies. If you would like to know America’s future and begin turning to the way that will one day end this world’s wars, read The United States and Britain in Prophecy and our Trends article “America Has Won Its Last War.”