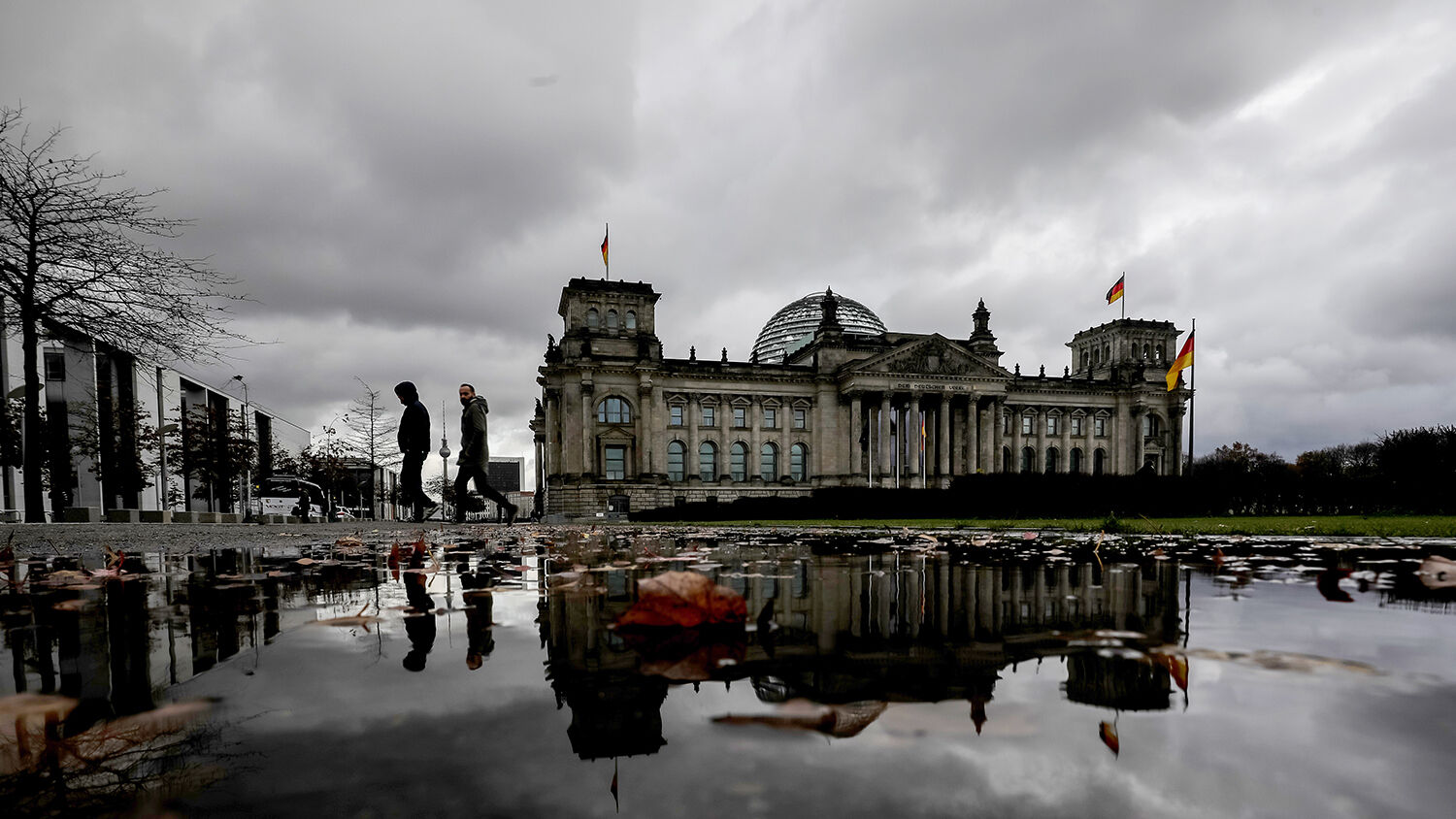 Dark clouds hang over the headquarters of the German Bundestag in the Reichstag building in Berlin, Germany.
Michael Kappeler/Picture Alliance via Getty Images

“Dark clouds are hovering over politics and economics,” Germany’s Bild newspaper wrote on August 13 (Trumpet translation throughout). Germany is facing a bleak situation. But as the nation prepares for the fall elections, things could become frighteningly more bleak. A “horror autumn is threatening” Germany, Bild concluded.

In Germany’s current unstable condition, it could perhaps survive until next year if no major crisis hits. But in its weakened condition, almost any crisis could serve as the final blow to overthrow the shaky government. This autumn, Germany is facing multiple crises.

“It’s getting scary: Elections in the East, political quakes in Italy, plus Brexit and [United States President Donald] Trump’s trade dispute with China could shake up Germany,” Bild wrote.

Though Germany’s Bild is known for its sensational articles, the crises in Germany are indeed climaxing.

Previous state elections have provided major political earthquakes in Germany, leading to the resignation of various ministers. Last fall, they forced German Chancellor Angela Merkel to give up her chairmanship of the Christian Democratic Union.

But the state elections in Eastern Germany could be even more devastating. Three state elections are scheduled for September in Saxony, Brandenburg and Thuringia. Polls indicate that the Christian and Social Democrats will suffer major blows and even lose double-digits. Some even predict that Germany’s anti-migrant party, the Alternative für Deutschland, could come in first.

The predicted election result will likely not only complicate government coalitions in Eastern Germany but also have major ripple effects for the national coalition government consisting of the Social Democratic Party (spd) and Christian Democratic Union (cdu). If the national leadership doesn’t dramatically change, it will face a similar shock in the next national elections.

To prevent a further decline in popularity, politicians and experts have speculated that the spd will cancel the existing government coalition following its party congress in December. Other prominent cdu leaders, like Armin Laschet, have openly speculated that the coalition could break much earlier. A devastating election blow in Eastern Germany could certainly hasten such an outcome.

But that’s not the only crisis that will hit Germany this autumn.

Italian Interior Minister Matteo Salvini, who is known for his anti-euro and anti-migrant agendas, is quickly rising in popularity. This fall, he may succeed in overthrowing Italy’s government and rise to the very top of the country. Polls already indicate that a majority of Italians would support his power grab.

“Matteo Salvini knows that he’s in a very strong position. The recent polls show that he has around 38% of the vote. In contrast, the Five Star Movement has fallen to around 15 or 16%,” explains our correspondent @JosephineMcK pic.twitter.com/ZoXvNxoB6G

“With this man at the head of the euro area’s third-largest economy, the financial markets are facing a hurricane,” Bild wrote. “For Europe, a right-wing government in Italy would be an even bigger nightmare than the current government,” said Marcel Fratzscher, head of the German Institute for Economic Research (diw).

When Salvini succeeds, Germany’s government will soon be surrounded with critics of its migration policy, economic policy or both. The hopes to find a European solution in these issues are nearing zero. If Germany fails to rally Europe behind its policies, the country is doomed to capitulate under the crises.

Brexit is another unprecedented challenge for the already weakened German government. Chancellor Merkel and her cabinet have always put their hopes on an ever extending European Union. Brexit has shattered that hope with astronomical consequences.

British Prime Minister Boris Johnson has promised to leave the EU on October 31 with or without a deal. A no-deal Brexit would greatly destabilize Europe’s, particularly Germany’s, already shaky economy. Previously, a no-deal Brexit was hoped to be out of consideration. But as Johnson draws Britain closer to the United States, the scenario is becoming more threatening for Europe.

“We have a very good trading relationship with the UK and that’s been strengthened further.”

President Trump says trade between the US and UK will increase after #Brexit.

Unlike Britain, the EU cannot hope for compensation for the lost trade. Due to the ongoing trade war between the U.S. and China, increased tariffs, as well as domestic challenges, German exports have already fallen to a 10-year low, and Germany’s economy is threatening to endure a lasting recession.

German exports in June were down 8 percent compared to last year, and its industrial output was down 5.2 percent. The German economy contracted 0.1 percent in the second quarter of this year.

Hopes that the EU will master these enormous challenges are quickly vanishing in light of Brexit and Salvini’s rise in Italy.

Trumpet editor in chief Gerald Flurry said that Germany’s government, as well as the EU’s, could undergo a sudden upheaval before the year is over. The Bible prophesies that a German strongman will rise on the scene. This strongman will not be elected, but rather, he will obtain power through flatteries (Daniel 11:21). Last November, in “Germany—A New King Is Imminent,” Mr. Flurry wrote:

If this massive trade deal is finalized this year, then I believe we will see the current 28-nation European Union pared down to the prophesied 10-nation superpower this year as well. Before Europe can be closely tied to Latin America, something will have to change. The current politically and religiously disunified EU will have to become a politically, militarily and religiously unified Holy Roman Empire. …

A strongman is coming on the scene to aid in the development of that union (Daniel 8:23). Only he can shape the Holy Roman Empire and take control. I believe we could see this strongman appear in 2019.

Since then, the EU and Latin American trade bloc mercosur have announced a draft of this trade deal, but it has yet to be signed by the member states.

Perhaps now more than ever, Germany needs this deal to save its economy from collapsing. However, opposition against the trade deal is still strong in the EU, and Germany may have to leave some nations behind in its urgency to quickly turn the deal into results.

The scene in Germany is set for a major political upheaval that could lead to the sudden rise of a German strongman and corresponding upheaval in the EU.

The Bible clearly reveals that Germany will get another strongman. Daniel 2 and Revelation 17 show that this man will eventually rule over 10 European nations and lead them to war.

The fact that the conditions of the fulfillment of this prophecy are being laid this year, as Mr. Flurry predicted, should make us look deeply into God’s Word. Request your free copy of A Strong German Leader Is Imminent, by Gerald Flurry, and learn what is ahead for Germany and Europe. It will have a direct impact on you.