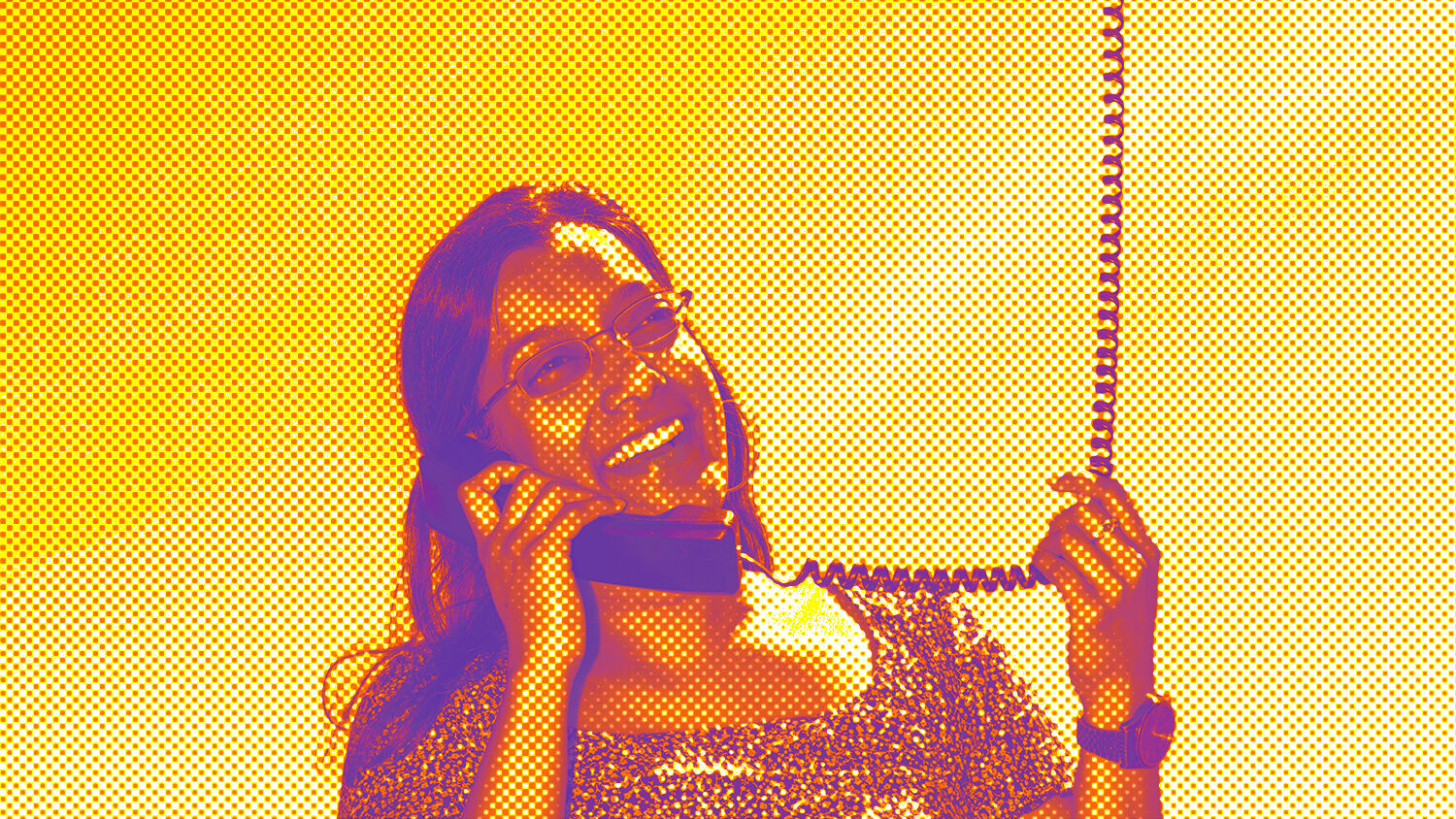 Your Most Important Relationship

Your Most Important Relationship

Learn what the Bible reveals about who and what God is!

From the September 2019 Trumpet Print Edition

The greatest relationship man can have is with his supreme, all-loving Creator. Yet mankind in general is bewildered and confused by God. God is a mystery. For so many, their relationship with God truly is their worst relationship.

In his book Mystery of the Ages, Herbert W. Armstrong called the mystery of who and what is God the greatest mystery of all. Mankind does not even come close to understanding this subject! And we see the ill effects: Our world faces the prospect of the worst human suffering in its history.

Do you truly know God? What kind of a relationship do you have with Him? He is real. He is alive. You can remove the mystery surrounding God! This is what Mr. Armstrong’s book will do for you. Its first chapter is titled “Who and What Is God?” We will happily send you a free copy.

When visiting the Indian prime minister in New Delhi, Mr. Armstrong made a profound observation. Riding in a taxi, he noticed cattle wandering all over the city. Mr. Armstrong was perplexed by how their owners would find their livestock in the evening. The driver told Mr. Armstrong that the owners don’t have to search for the cattle; the cattle knew their way home.

This brought a scripture to Mr. Armstrong’s mind: “[T]he Lord hath spoken, I have nourished and brought up children, and they have rebelled against me. The ox knoweth his owner, and the ass his master’s crib: but Israel doth not know, my people doth not consider” (Isaiah 1:2-3). This is one of the most horrendous pictures in the Bible—a dual prophecy about outright rebellion against God in this end time: Spiritual and physical Israel—His Church and the nations of Israel—have turned their backs on God. They don’t know God!

Israel is the only nation that anciently knew who and what God was. All other nations never knew God. Countless others throughout history have died never knowing who and what God is. But the Bible reveals that they are not lost forever. They will be brought up in a future resurrection and given the opportunity to know God.

But you don’t have to live in ignorance about your Creator. Mr. Armstrong’s book will make God real to you—as real as your own physical father.

Isaiah’s prophecy reveals the reason we do not understand who and what God is: We are weighed down with sin and lawlessness! (verse 4). This is God’s evaluation of us. He has spoken these words Himself. How important is that to you?

Paul continues, “Ever since the creation of the world his invisible nature, namely, his eternal power and deity, has been clearly perceived in the things that have been made. So they are without excuse; for although they knew God they did not honor him as God or give thanks to him, but they became futile in their thinking and their senseless minds were darkened” (verses 20-21; rsv). Mankind could see that God created all things, but they didn’t honor or thank Him. They suppressed what they understood. Something is terribly wrong with human nature!

No wonder we don’t know who and what God is! Why do we not want the most important relationship we could ever have?

Paul says mankind does not like “to retain God in their knowledge” (Romans 1:28). They prefer evolution or another theory that erases their Creator!

This is true of most of mankind. People’s beliefs about God are very confused. Some half a billion people are self-proclaimed agnostics or atheists. They don’t even believe in God, let alone know who and what He is.

When the Apostle Paul traveled to Athens, he stood before the intellectuals and scholars of his day and boldly taught about Jesus Christ and the resurrection (Acts 17:18). They called him a babbler and said he was promoting “strange gods.” The Romans had idols and monuments for many different deities. They even had an altar dedicated to what they called “the unknown God.” That was the God Paul said he wanted to proclaim to them (verse 23). This God was unknown to them—He was a mystery! Paul boldly told them that they did not know God.

Our educational institutions don’t know who and what God is, nor do they want to know. They instill certain beliefs and concepts into our memory, but they don’t teach us to think.

We need to learn how to think better than we do. If we use our minds and think, we can rather easily prove that God exists and is alive! We can know a lot about who and what He is. After all, we have a mind like God’s! But that isn’t taught in our schools.

“The modern scientific concept denies the invisible and the spiritual as having existence. Yet all our seemingly unsolvable problems and the evils in this world are spiritual in nature,” Mr. Armstrong wrote in Mystery of the Ages.

The natural mind is hostile to God (Romans 8:7). Most people are not maliciously hostile, but passively hostile. But that hostility is still a serious issue! It is bringing untold curses and troubles on us. Our problems are caused by our human nature.

We must know who and what God is if we are ever going to solve our problems! That means we must remove our hostility toward God.

Are you willing to accept what the Bible teaches about God? If you apply yourself and study, this truth is not hard to understand.

Most people believe the earliest record of God’s existence is in Genesis 1:1, but that is not true. The scripture in the earliest time order that describes who and what is God is in the Gospel of John.

“In the beginning was the Word, and the Word was with God, and the Word was God. The same was in the beginning with God. All things were made by him; and without him was not any thing made that was made. In him was life; and the life was the light of men” (John 1:1-4). There are two Beings referred to here: God and the Word. This is the earliest point of God’s existence that is referenced in the Bible. It’s a time when nothing else was present—no angels, no universe, no mankind. These two Beings were in perfect peace and harmony. The Word was the Spokesman for the God Kingdom, and He submitted to the other Being because there always must be government. Two can’t walk together unless they are agreed (Amos 3:3). With that, these two Beings had eternal joy—something very few people have or understand.

It’s important to note that we are talking about two God Beings—not three or one, but two. Do you truly understand that? Or do you believe in the trinity? Mystery of the Ages has a section on the trinity, a word that is not even found in the Bible!

If you are going to know God, you cannot just accept what this world, even this world’s religions, teach about God. Jesus warned His disciples that many would come professing Him, but deceiving multitudes of people (Matthew 24:3-5). Why? Because they are declaring the person of Christ, but not the message Christ brought about the coming Kingdom, or Family, of God. Christ came to Earth and declared the Father (John 1:18). Why don’t most “Christians” declare the Father as He did? This world’s “Christianity” fails to honor the Father. Ponder that! Even 95 percent of God’s own people in this end time don’t honor Him (Malachi 1:6). That is a terrible crisis!

Again, you cannot truly know God unless you conquer your human nature. Consider it: A God Being was begotten as a human person and lived on this Earth. And what did mankind do to Him? They crucified Him! What greater proof is there that man does not know who and what God is?

Jesus Christ taught all about His Father, and about the God Family. He personally delivered a message to mankind to help us know God! Yet God is still a mystery to this world.

It doesn’t have to be this way. Mystery of the Ages will unlock this truth for you.

Christ also opened up the God Family to everyone. His being made flesh pointed to a time when God will bring billions of sons into His Family (e.g. Romans 8:29). That is the purpose for which God created mankind!

When God created man, He said, “Let us make man in our image, after our likeness …” (Genesis 1:26). God wanted man to have His character and mind, which is what “image” means. But He also wanted man to look as He looks—we have His very likeness! God has a face as you have a face. He has eyes, a nose, ears, hands, legs, toes, feet, hair. When Christ came as a human being, He said, “He that hath seen me hath seen the Father” (John 14:9). That tells you volumes! Imagine that: God has created us to be like He is—and become like He is spiritually—so we can be born into His Family! He is re-creating Himself in man. What could possibly be more glorious to understand than that?

It is a wonderful, wonderful world if you have the very character of God. That character revolves around giving. It fills you with happiness, joy and understanding. It gives meaning to your life; everything is opened up to you. But you must be led by Christ and get rid of human nature and take on God’s perfect nature, so you can be like God (Matthew 5:48).

Christ was the firstborn of many brethren. There are more sons to be born—brothers and sisters of Jesus Christ. If you come out of this world and do God’s Work today then you can be the actual Bride of Jesus Christ! (e.g. 2 Corinthians 11:2; Revelation 19:7).

All of this truth becomes plain as you begin to understand who and what God is. This is spectacular truth that you can prove straight from your Bible. Request a free copy of Mystery of the Ages, and read Chapter 1, “Who and What Is God?” along with your Bible. Deeply study what the Bible says on this supremely important subject. And use that truth to cultivate your most important relationship!

Mystery of the Ages
Did you ever ask yourself: “Who am I? What am I? Why am I?” You are a mystery. The world about you is a mystery. Now, you can understand!