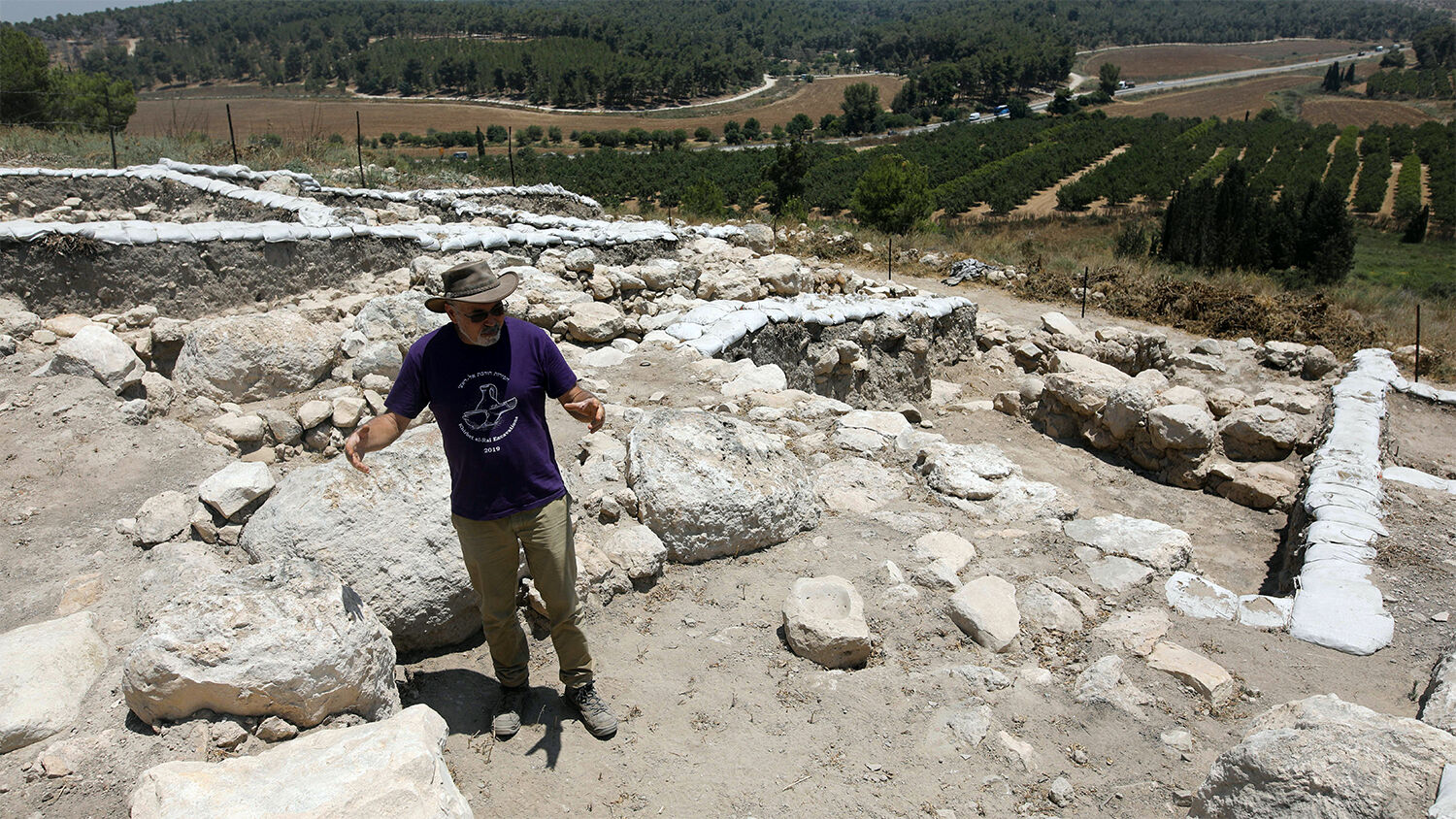 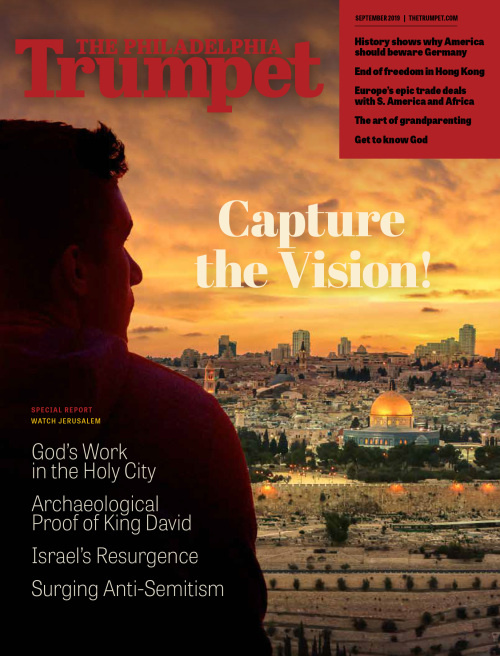 The city of Ziklag is mentioned 15 times in the Bible and has a rather peculiar story. It belonged to the Philistines until it changed hands rather peaceably with an unlikely individual: King David of Israel.

Its exact location has been uncertain. Archaeologists and scholars have suggested as many as a dozen different possible sites. None, however, quite fit the bill—until now.

A July 8 press release from the Khirbet a-Ra’i excavation team announced, “We have found biblical Ziklag.” Over the past three years, a massive archaeological effort has excavated nearly half a square mile that provides evidence of the ancient city.

Anciently, during the reign of a violent and unstable King Saul, David and 600 other men were on the run. Weary of being constantly on the move within the land of Israel, David took his men to the Philistine city of Gath and sought refuge with King Achish. As the account in 1 Samuel 27-29 describes, the Philistine king befriended David, seeing in him a fellow “enemy” of Israel—or, at least, an enemy of King Saul. And he gave him a remarkable gift: “And David said unto Achish, If I have now found grace in thine eyes, let them give me a place in some town in the country, that I may dwell there: for why should thy servant dwell in the royal city with thee? Then Achish gave him Ziklag that day: wherefore Ziklag pertaineth unto the kings of Judah unto this day” (1 Samuel 27:5-6).

Ziklag thus became a sort of “first city” for David, who had already been chosen and anointed as king but was not publicly recognized as such until after Saul’s death. David lived at Ziklag until the monarch’s demise, for a year and four months (verse 7).

Finds at Khirbet a-Ra’i match with several elements of the biblical account of Ziklag.

The excavation, located in what would have originally been Philistine territory, shows heavy evidence of Philistine settlement from the 12th to 11th centuries b.c., which is the period of primary Philistine settlement into the Levant. Finds at the site included “foundation offerings” set beneath buildings in order to bring good luck to their construction, massive stone structures, and general Philistine pottery—discoveries that match with the other excavated Philistine sites of Gath, Ashkelon, Ekron and Ashdod.

Then the remains of Philistine settlement show a transition into rural Judean settlement, dating to around the early 10th century—the time of King David. Discoveries belonging to this Judean settlement include nearly 100 complete vessels identical to those of another early Davidic city: Khirbet Qeiyafa, identified as biblical Shaaraim. The similarity of Khirbet a-Ra’i and Khirbet Qeiyafa can be well vouched for, as they were both excavated by professors Yossi Garfinkel and Sa’ar Ganor, and carbon-14 dated to the identical period. Like Shaaraim, Ziklag was a frontier city, located atop a prominent hill near the border between Israel and Philistia.

Evidence shows that during this period of Judean occupation at Khirbet a-Ra’i, an intense fire destroyed the site. This too matches with the biblical account of Ziklag. While David and his men were on an expedition with Achish, the Amalekites “had invaded the south, and Ziklag, and smitten Ziklag, and burned it with fire,” taking the women and children captive (1 Samuel 30:1-2). Evidence of the Amalekites has been elusive to archaeologists. The conflagration in Khirbet a-Ra’i could be evidence of their marauding presence. The excavation team is still waiting on dating analysis to show exactly when this fiery destruction occurred, and thus if it precisely fits with the Amalekite attack.

In reaction to the press release from the site excavators and Israel Antiquities Authority, some debate has stirred among the archaeology community as to whether this is indeed biblical Ziklag.

Biblical minimalists such as Israel Finkelstein refuse to accept the biblical account, particularly of David’s reign, as accurate; they believe it is merely a collection of stories written long after the events they purport to record. Thus, they consider Ziklag ahistorical—with Khirbet a-Ra’i not fitting the period in which it is believed to have been written.

Leaving aside this theoretical bias, the primary debate revolves around whether or not Khirbet a-Ra’i fits geographically with the biblical account. Ziklag was primarily assumed to have been located further south, given its original allotment to the tribe of Simeon (Joshua 19:5). However, these biblical boundaries are still unclear, and Khirbet a-Ra’i cannot be discounted on this basis.

Until a sign is found saying “Ziklag Was Here,” the debate is sure to continue among academic circles. And the minimalists will fixate on any details that cast doubt on its being Ziklag in particular, as part of their larger effort to discredit the biblical account.

But this debate misses the larger, more important point. Whether or not this site is Ziklag of the Bible (and the evidence suggests that it is), Khirbet a-Ra’i is irrefutably another massive piece of evidence of David’s kingdom. It is another astounding discovery of a Judean-occupied site, matching a growing number of others, dating squarely to the period of David’s rule.

The significance of this as a Davidic- era site goes far beyond the significance of whether or not it is Ziklag. The site is an exact match for material found at other early Israelite kingdom sites dating to David’s reign. And the fact that the material was sealed within a burn layer allows a precise snapshot of specifically Davidic material. The geographic position of Khirbet a-Ra’i shows an expanded territory—Israelite territory branching out within what had been Philistine land—just as the biblical account describes during David’s reign.

And while the biblical account shows that Ziklag was originally gifted to David, what was to prevent the powerful, war-mongering Philistines from simply reclaiming the site? The fact that such a vulnerable rural Judean outpost could continue to exist on the Philistine border attests to there being a powerful monarch ruling from Judah who could oppose Philistine incursions. The Bible is clear who this 10th-century ruler was. It was David.

Even with these and other discoveries testifying to the existence of both David and Solomon, the battle for historical truth still rages in academic circles in Israel. Unfortunately, the very heated and public debate about David and Solomon has tainted the public’s receptivity to past and future discoveries that have biblical significance. Because critics have impugned the biblical account, many assume that the Bible’s descriptions have been scientifically disproved, when in reality they have merely been academically contested.

Biblical archaeology has made significant strides recently pushing back against those that discredit the history of the Bible.

The announcement of Ziklag’s discovery comes on the heels of research released just one week earlier proving the biblical origins of the Philistines. There had been much scholarly debate as to where the Bronze Age Philistines came from—perhaps somewhere in the Mediterranean, perhaps from Turkey. The Bible states that they were from “Caphtor,” which is believed to be the Greek island of Crete (Amos 9:7; Jeremiah 47:4). dna samples taken from a Philistine burial site at Ashkelon revealed that the 13th century b.c. individuals were indeed from southern Europe, with the closest dna link being to Crete!

As time progresses, more and more biblical stories are being proved accurate through archaeological discoveries. Excavations at sites such as the City of David (Jerusalem), Tel ‘Eton, Khirbet Qeiyafa, Timna, Tel Dan and now Khirbet a-Ra’i are providing hard science that counters the skeptics’ assumptions regarding King David.