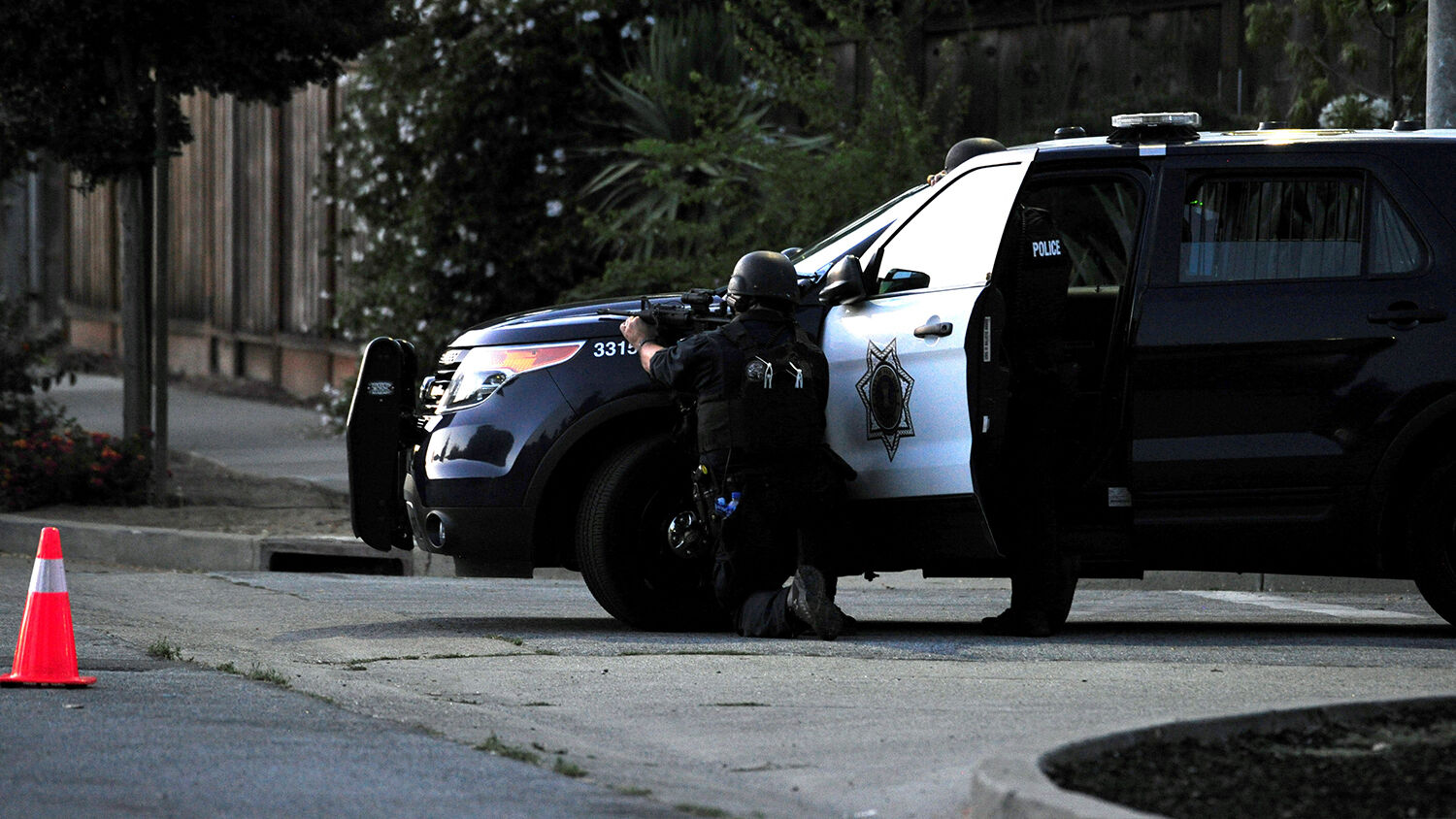 A sniper aims at a house in Gilroy, California, where police think the shooter from the July 28 mass shooting at the Gilroy Garlic Festival might be hiding.
Neal Waters/Anadolu Agency via Getty Images

How can America stop its epidemic of senseless violence?

A gunman killed three people and wounded 12 on July 28 at a food festival in Gilroy, California. Now that another mass shooting has struck a seemingly safe place, many are wrestling with one big question: Why?

Police responded quickly, and the suspect was killed after less than a minute, preventing further deaths. The Gilroy Garlic Festival is a local tradition dating back to 1979. Each year, thousands attend, expecting a relaxing experience of food, drink and live entertainment.

This year, they suffered a tragedy instead.

Attending the festival were the wife and son of Alberto Romero. His wife was shot but survived. His 6-year-old son, Stephen, did not.

Witnesses said that the shooter, armed with a semiautomatic rifle and wearing military fatigues, sprayed bullets indiscriminately at the festival-goers.

The shooting began near a children’s play area, food tents and a stage where a band was playing. As performers and audience members dove under the stage for shelter, singer Jack van Breen heard one person yell to the gunman, “Why are you doing this?”

Gilroy Police Chief Scot Smithee described the shooting as “a nightmare you hope to never have to live.” California Governor Gavin Newsom tweeted, “This is nothing short of horrific.”

Police confirm they shot and killed the suspect in a shooting at the Gilroy Garlic Festival in Northern California that left multiple people injured and at least three dead https://t.co/isZokBvWUC pic.twitter.com/KJAJHRgPR4

Festival-goer Herman Solis described the scene to the San Francisco Chronicle, “You could hear the bullets whizzing by. It was unreal. We ran and ducked for cover. It was chaos. At first I thought it was fireworks. Then I realized it wasn’t.”

“I could see him shooting in just every direction. He wasn’t aiming at anyone specifically. It was just left to right, right to left,” said another witness.

One woman is audible in a video, asking, “What’s going on? Who’d shoot up a garlic festival?”

Why such a terrible event occurred is a question that needs to be answered. If a mass shooting can happen at a culinary event totally disconnected from religious or political affiliation, where can any Californian feel safe?

Undoubtedly, over the coming days, investigators will pore over the shooter’s social media accounts and interview those who knew him. Reporters will write about the “solution” to prevent mass shootings, calling for stricter gun laws.

But all of this will fail to point people to the true cause of America’s mass-shooting epidemic: the spirit realm.

The spirit world is neither tangible nor material, yet it is real. Many Christians today are misled into thinking that they live in God’s world and cannot explain why God would allow such suffering. The Bible teaches, however, that the world is currently ruled by Satan.

This evil spirit being influences the emotions of all humans. He stirs feelings of anger and rage. The Gilroy gunman is a case in point. Revelation 12:12 states: “Therefore rejoice, ye heavens, and ye that dwell in them. Woe to the inhabiters of the earth and of the sea! for the devil is come down unto you, having great wrath, because he knoweth that he hath but a short time.”

The mass shootings and violence demonstrated in Gilroy are only a foretaste of what the future holds. Soon, entire cities will be crippled by rioting and violence (Isaiah 1:7). This will happen because the vast majority of people refuse to acknowledge their Creator, a Spirit Being with the power to save and protect—if we would believe and obey.

Regardless of what physical, mental or social motivations the investigators may blame for the Gilroy tragedy, the Bible explains that the root cause of violence and anger in today’s world is the spiritual influence of Satan and his demons.

Although this is Satan’s world, you can resist his broadcasts and be protected from atrocities like this. If you would like to learn more about the spirit world, study your Bible alongside Chapter 2 of Mystery of the Ages, by Herbert W. Armstrong.