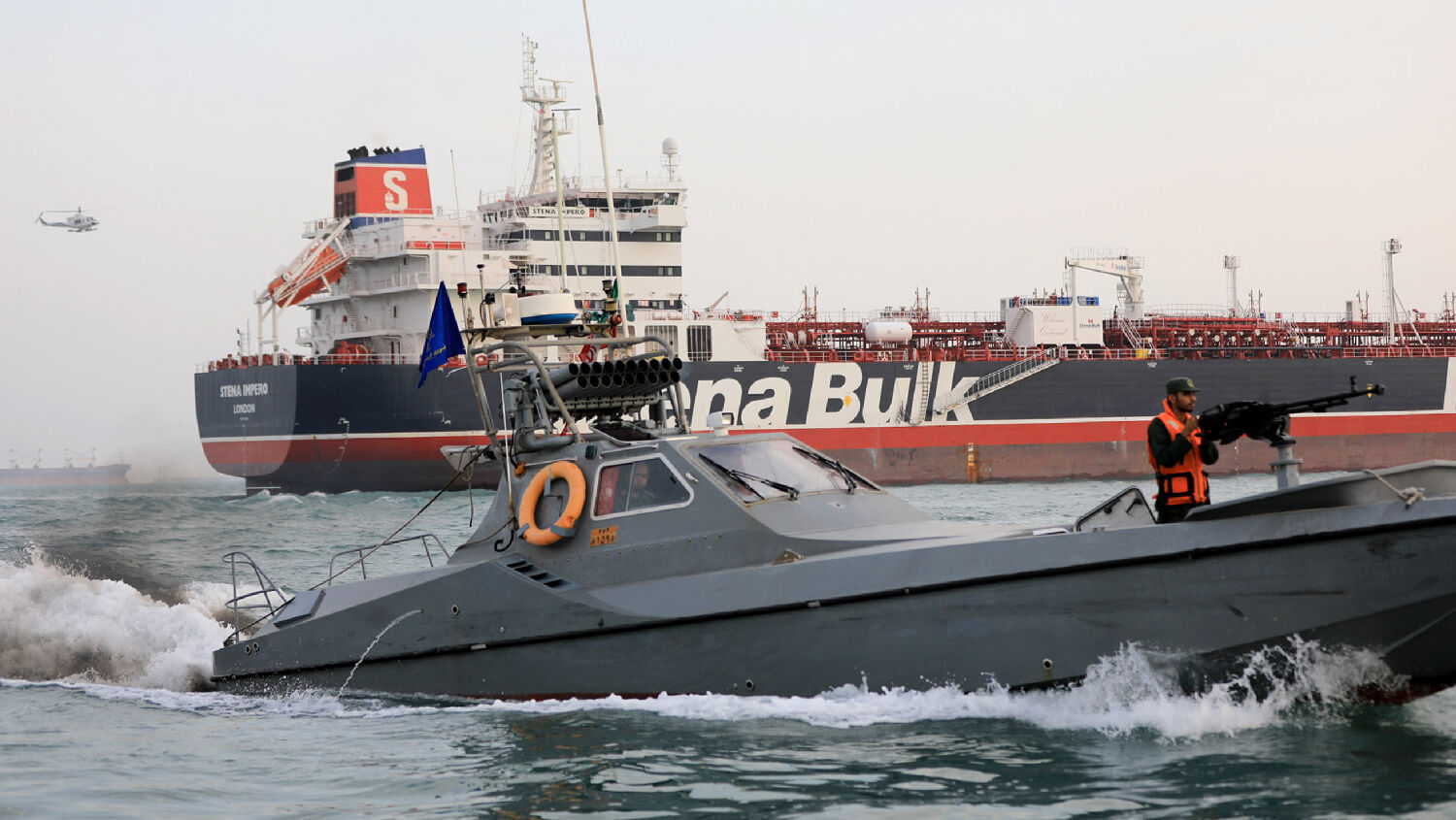 A picture from the semi-official Tasnim news agency shows the Stena Impero being seized and detained between July 19 and July 21 in Bandar Abbas, Iran.
Getty Images

A wake-up call for the British Royal Navy

Iran seized two British tankers in the Strait of Hormuz on July 19, in what Britain described as a hostile act. The seizures show that Iran will continue its aggression until it is met with a firm response. Few see where that response will come from.

One of the tankers, the Mesdar, was later released after threats from Iranian authorities. The other, Stena Impero, is still being held. Stena Impero is Swedish-owned but British-flagged and registered. None of the sailors on either ship were British citizens.

Cargo companies often register their ships in nations other than the country in which their business is based, for tax and regulation reasons.

Iran’s move is seen as retaliation for Britain’s seizure of one of its tankers in Gibraltar on July 4. The Iranian vessel was on its way to deliver oil to Syria in violation of European Union sanctions.

When Iranian forces tried to seize the tanker British Heritage on July 10, hms Montrose was in the perfect position to intervene. With weapons pointed at the Islamic Revolutionary Guard Corps boats, it ordered them to turn away and allow the tanker, flagged under the Isle of Man, to freely transit the strait. The Iranians complied.

This time was different. hms Montrose recieved Stena Impero’s distress call, but it was an hour away.

The Iranians compelled the captain of Stena Impero to change course. Video later surfaced of Iranian forces rappelling onto the deck from a helicopter, tactics similar to those British marines used to seize the Iranian tanker at Gibraltar.

The British tanker had been in international waters, exercising the right of passage granted by international law. Therefore, Iran’s actions amount to piracy.

Ellwood said that the first step is to try and “deescalate” the situation. Facing the nearly impossible task of safely escorting all British-affiliated vessels through the strait, politicians and defense officials have turned to diplomacy, even though Iran refuses to engage in any meaningful diplomacy.

Iran has repeatedly fabricated cover stories to justify its actions against British tankers. It claims that Mesdar was violating environmental rules and Stena Impero was “causing trouble.” In various Iranian accounts, the tanker is accused of turning off its global positioning system, colliding with an Iranian fishing boat, and ignoring the subsequent distress calls.

Iran is taking advantage of British weakness at a difficult time: The nation is fixated largely on Brexit and choosing a successor to Prime Minister Theresa May. As a result, Iran believes it will be able to get away with its belligerent actions.

Those actions can also be seen as a warning to the United States. Iran is attacking the U.S.’s primary ally, clearly believing the consequences will be less than if it were to threaten American interests directly.

Iran’s seizure of the British tankers on Sunday created yet another notable spike in oil prices—the second such spike this month.

EU nations have joined in issuing statements condemning Iran’s aggression. These nations have good reason to be concerned.

The Strait of Hormuz is the single busiest passage for oil transport in the world. In 2016, 18.5 million barrels of oil per day passed through the strait. This is more than the Strait of Malacca, which is used by China, Japan, Singapore and other Southeast Asian nations.

Any disturbances in Hormuz would affect the entire world, especially nearby nations in the Middle East and Europe. A total blockade, even if it were for a limited time, would cause an enormous spike in the price of oil.

Iran has the power to close the strait temporarily, using sea mines (as recently demonstrated), speedboat swarms, anti-ship missile batteries, and other weapons and tactics.

Attacks on tankers bring to light a key attribute of Iran’s foreign policy: its pushiness. This word summarizes Iran’s strategy in the Strait of Hormuz. Its Revolutionary Guards will keep pushing to find the limits of the U.S. and its allies.

Iran will find that limit, but the retaliation will come from an unexpected source.

Bible prophecy shows that Iran’s pushing will soon provoke Europe. Given how many ships pass through the strait to European ports every day, one of the next ships seized could be from a European nation.

By singling out British ships, Iran is targeting both the EU and the U.S. at the same time.

Iran is prophesied to continue pushing its boundaries. It will lead to war, but not with America.

The media are currently focused on the tensions between the U.S. and Iran. But that is not the main issue. America will not even be present in the Middle East when Daniel 11:40 is fulfilled. Watch how Iran’s actions will impact Europe. Iran’s pushing is prophesied to affect Europe most of all. It will lead to world-changing war.

Tension in the Middle East and the Strait of Hormuz is worsening. A clash is on the horizon. For more detailed information, read our free booklet The King of the South, by Gerald Flurry.