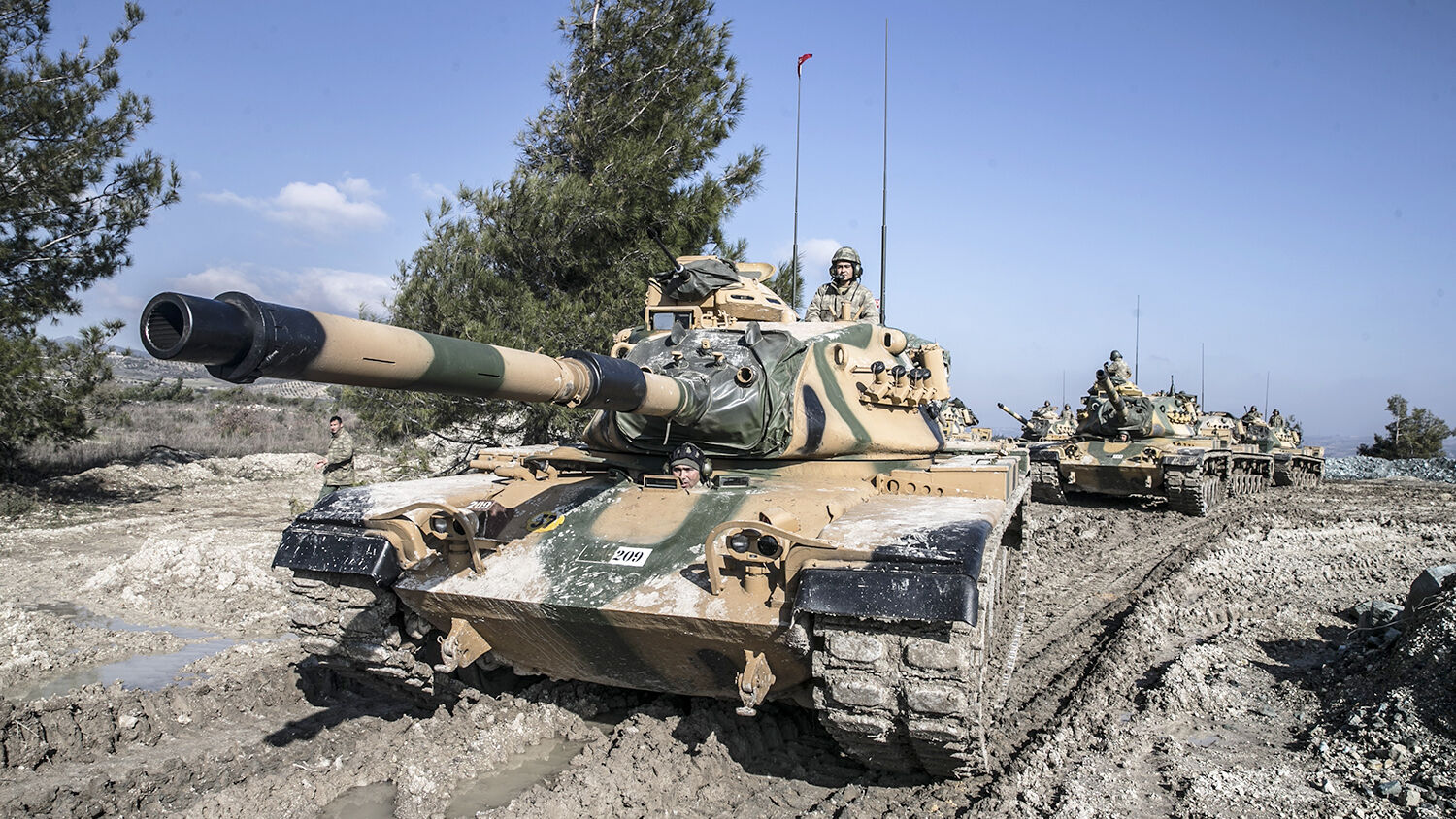 Armoured vehicles of Turkish Armed Forces, which were dispatched to support the units at the Syrian border, are seen during a military drill in Hatay, Turkey on January 12, 2019.
Getty Images

It’s not just about weapons.

Germany uses weapons exports to build strategic relations. From January to April this year, the number one importer of German weapons was Turkey. While Turkey continues importing weapons from Germany, its relationship with the United States is growing increasingly hostile. It’s important to watch the developing Germany-Turkey relationship.

For years, Germany has been one of the world’s five largest weapons exporters. And in 2018, almost a third of all exported German armaments were delivered to Turkey. But from January to April of this year, that number was closer to 60 percent, amounting to $206 million worth of weapons. Reports indicate that deliveries were maritime goods, likely including six submarines.

Following the failed military coup against Turkish President Recep Tayyip Erdoğan in 2016, Germany approved significantly fewer weapons exports to Turkey. But now, as of June 5, the German government has approved twice as many weapons exports to Turkey as in all of 2018. “Despite tensions between Turkey and its nato partners, the country remains the main buyer of German weapons,” Germany’s Die Welt reported (Trumpet translation).

There are many reasons why arms exports to authoritarian regimes like Turkey are a dangerous trend. For example, Erdoğan is undermining nato by cooperating with Russia. And in addition to violently suppressing his own people, he is combating United States-backed Kurdish fighters in Syria.

The Bible strongly warns about Germany and Turkey’s cooperation. In multiple passages, the Bible warns that Turkey will betray the modern descendants of ancient Israel (primarily America, Britain and the Jewish nation in the Middle East; for more information, read The United States and Britain in Prophecy, by Herbert W. Armstrong). These prophecies about an impending betrayal are discussed in further detail in our Trends article “Why the Trumpet Watches an Alliance Between Arab Nations and Europe.” The article states, “While at the moment official relations are somewhat ‘warm’ between Turkey and Israel, this prophesied betrayal shows that anti-Semitism and antipathy for the Jewish state (as well as America) will continue to develop within Turkey.”

The article further explains that Turkey and Germany are prophesied to “contribute to the destruction of Israel.”

Anti-Semitism and hostility toward America are also growing in Germany. This isn’t a coincidence. A prophecy in Psalm 83 shows that certain Arab nations will ally with Germany due to their shared hostility. Specific nations mentioned are Assur (Germany), Edom and Amalek (Turkey), Ishmaelites (Saudi Arabia and neighboring Gulf nations), and Moab and Ammon (Jordan). To learn more about this prophecy, read “A Mysterious Prophecy,” by Trumpet editor in chief Gerald Flurry.

Germany is forging relationships with these countries today. Weapons exports are just one of many ways in which this prophecy is about to be fulfilled. And it’s leading to more than just a shift in loyalty.

The Bible reveals this betrayal will end in a war that will affect all mankind. While Germany presents itself as an international peacekeeper, its arms exports are preparing for global warfare.

But the God who prophesies of these specific alliances and impending betrayal also reveals the solution to mankind’s problems. To learn more about these prophecies and where they are leading, request a free copy of The King of the South, by Gerald Flurry.