Europeans are turning against mainstream moderates—and toward more radical alternatives. 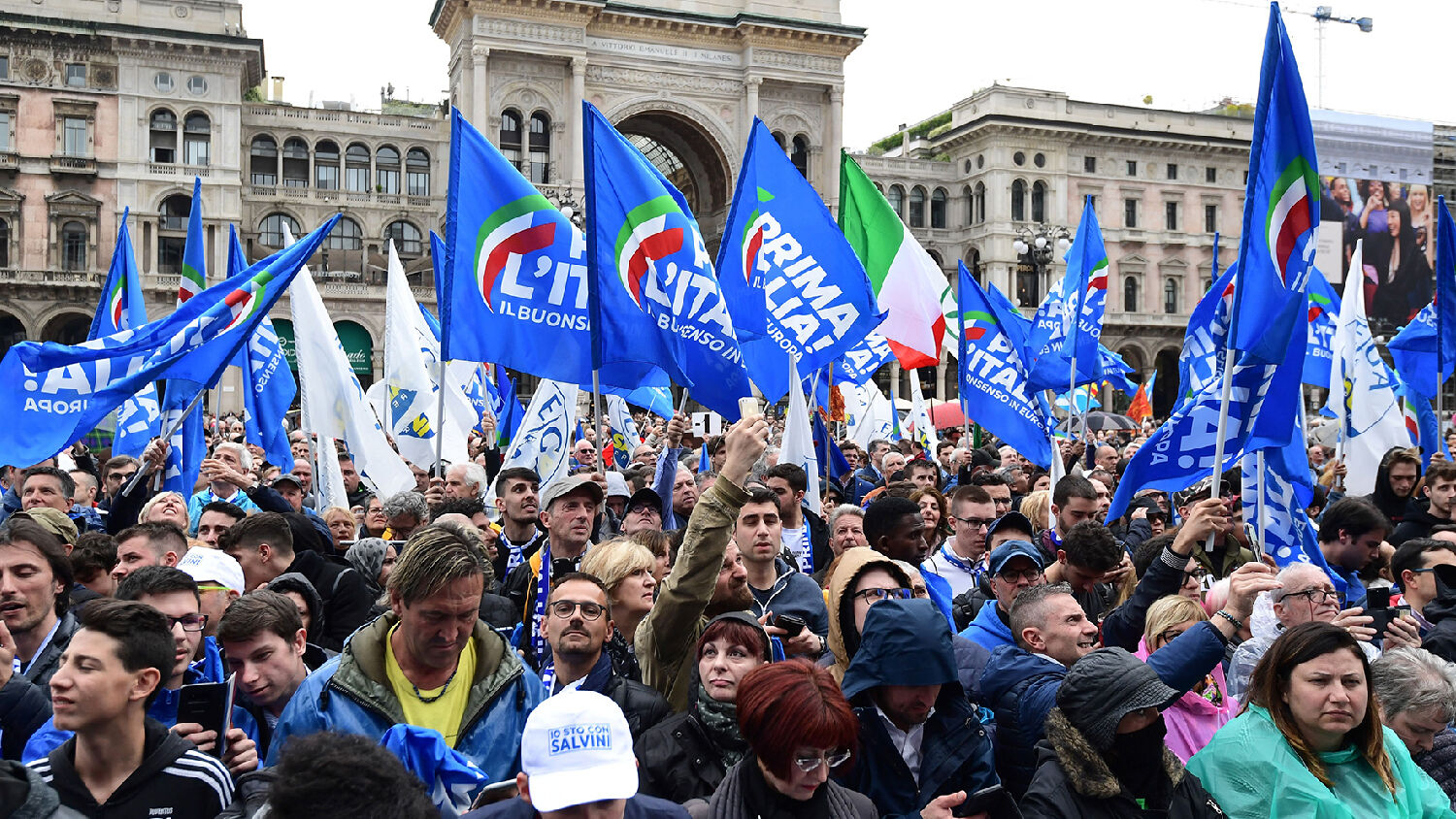 Europeans are turning against mainstream moderates—and toward more radical alternatives.

European parliamentary elections in May gave a clear snapshot of Europe’s slow-rolling political crisis. This parliament is pretty powerless; it is often ignored by Europeans, let alone by the global public. But these election results are worth examining. They show ominous echoes of the 1930s and the conditions that created the last world war.

The vote shows mainstream parties are being squeezed out. To their right, extreme parties are gobbling up votes. To their left, environmentalist Green parties and far-left groups are becoming the new mainstream.

For decades, the European Parliament has been dominated by two political groupings: the center-right European People’s Party, and the center-left bloc called Progressive Alliance of Socialists and Democrats. Combined, these two have controlled the majority of seats in the parliament since it was established in 1979. In May, they lost it.

The far-right Alternative für Deutschland received only 11 percent of the nationwide vote. (We are living in strange times when this warrants an “only.”) Though it fared poorly in the west, it was outstanding in the east. In the German states of Saxony and Brandenburg, it was the most popular party. In Thuringia, it was only 2 percent behind the winner, Chancellor Merkel’s Christian Democratic Union (cdu). The far-left Greens won more than 20 percent of the vote across the country.

This left Ms. Merkel’s cdu with 29 percent and her coalition partner, the Social Democratic Party (spd), in third place with 16 percent. That is the worst result for both parties in any European Parliament election ever. As a result, the European Council on Foreign Relations wrote, “Panic is spreading among the spd membership.”

Germany’s government is currently administered by these two parties in a coalition that Der Spiegel declared shortly after the election is now “in danger.” “This instability can lead to a breakup at any time,” it wrote. “The cdu and spd are deeply insecure parties. If, for example, spd leader [Andrea] Nahles were to fall, the question of the continued existence of the coalition would immediately arise” (May 27). About a week later, Nahles fell, leaving the spd leaderless and the fate of the coalition uncertain.

Meanwhile, after the election, the Greens continued to rise. A May 27–31 rtl–n-tv Forsa Trend Barometer found that it is the most popular party in Germany.

This fall of the mainstream and rise of the fringe recalls the 1930s. That period saw the stunning rise of extreme parties both on the right and the left. In 1928 elections, the Nazi Party came in ninth with only 2.6 percent of the vote. The Communists did four times better, with 10.6 percent. Just two years later, after the 1929 stock market crash, the Nazis won 18.3 percent and became Germany’s second most popular party. The Communists were third, with 13.1 percent. In 1932, the Nazis won nearly 40 percent of the vote. Four years and a financial crash, and a weird fringe party was now dominating German politics.

In the 1930s, this rise of the fringe brought politics to a standstill. Germany held parliamentary elections in 1928 and 1930, then three elections in 12 months during 1932–1933. Parties simply could not form stable coalitions. France had five governments between June 1932 and January 1934. The rise of the fringe groups meant that neither the mainstream right nor mainstream left had enough support to govern alone. They were caught in a trap: They could govern in coalition with rival left and right parties, but this meant an unwieldy, divided government and painful compromises that angered voters and sent more of them to the fringe.

Some mainstream parties began forming coalitions with the new extreme parties. In Germany, this led to the extreme party taking over and ending the political system for good.

The same process is clearly unfolding in Germany today. The current governing coalition came together only after the longest negotiations in the nation’s postwar history. Every few months, it is rocked by a setback that triggers headlines saying it could soon fall apart.

Europe is repeating the 1930s. Events will not play out in exactly the same way, but the overall patterns are similar.

Trumpet editor in chief Gerald Flurry described these “uncertain times” in his cover article for the Trumpet’s January issue. He described this drop-off in support for mainstream parties, noting, “There is a strong demand for a new leader in Germany. People can’t agree on what his policies should be—but they want someone different from Merkel, and someone with vision.”

The recent elections confirmed this trend in Germany and showed it applies to the entire EU. If you are status quo, you are out. Europeans want somebody new, somebody who approaches politics in a different way. Some are turning to environmentalist parties. Others are turning to the fringe right. But they are definitely turning away from the mainstream parties that have been ruling for decades.

A revolution in European politics is a key trend the Trumpet watches. Daniel 11:21 describes how it will happen. It tells us to watch for the arrival of “a vile person, to whom they shall not give the honour of the kingdom: but he shall come in peaceably, and obtain the kingdom by flatteries.” The Jamieson, Fausset and Brown Commentary says that “the nation shall not, by a public act, confer the kingdom on him, but he shall obtain it by artifice, ‘flattering.’”

“In other words,” wrote Mr. Flurry, “a deceived public, or a group of European leaders, likely invites this man into power. Current conditions in Europe, including the refugee crisis and the turmoil in German politics, provide probably one of the greatest opportunities ever for a new leader to come into power ‘by flatteries.’ Chancellor Merkel is on her way out and is now a lame duck. Expect political and social crises in Germany and Europe, and public resentment and anger, to grow even deeper.

“Then watch for a strongman to take advantage and make his way to power through flatteries!”

Recent elections for European Parliament show that conditions are continuing to ripen for the fulfillment of this pillar end-time prophecy.