A look at history illuminates the present. 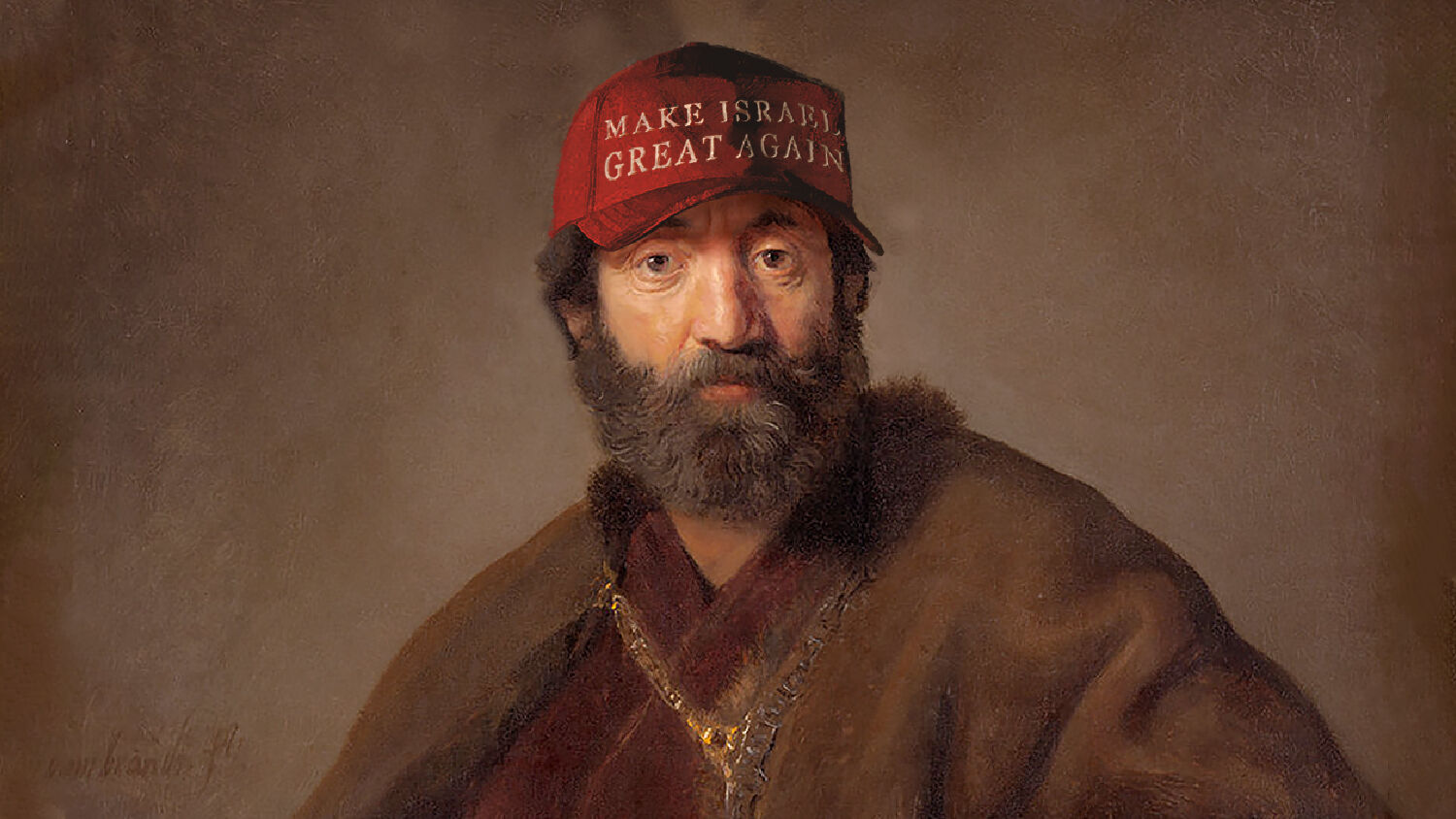 A look at history illuminates the present.

An end-time prophecy about America in Amos 7 names the leader as “Jeroboam.” Gerald Flurry’s booklet Great Again shows how America’s current president is fulfilling that prophesied role. The ancient type that gave rise to the prophecy was King Jeroboam ii of Israel, who oversaw a temporary resurgence in the cursed nation. This ancient history holds fascinating parallels with the current period in America.

The Bible records remarkably little about Jeroboam ii. He was Israel’s longest-reigning king, ruling for 41 years (circa 793–753 b.c.). Yet regarding his character, the book of Kings only says that “he departed not from all the sins of Jeroboam”—that is, the first Jeroboam, who led the northern tribes to break away from the house of David nearly 150 years earlier. Through these scant details, though, the Bible reveals Jeroboam ii’s reign to be unique in Israel’s history.

For instance, normally Israel expanded territorially only when God blessed the reign of a righteous king. This was not the case with Jeroboam ii. Through the Prophet Jonah, God prophesied that even though Jeroboam was wicked, God would have mercy on Israel and use Jeroboam to enlarge Israel’s boundaries in a way not seen since the reign of King Solomon.

“He restored the coast of Israel from the entering of Hamath unto the sea of the plain, according to the word of the Lord God of Israel, which he spake by the hand of his servant Jonah …” (2 Kings 14:25). As Benjamin Mazar showed in his text Early Biblical History, “the entering of Hamath” should be left untranslated from Hebrew as Lebo Hamath—a town located in modern-day Syria’s Hama province. This town is also mentioned in 1 Kings 8:65 to describe the northern edge of Solomon’s kingdom. As Mazar related, the watershed just north of this town “served in all periods as a natural boundary in the middle of Beqa,” or valley.

2 Kings 14:25 also mentions the southern edge of Jeroboam’s territory: “the sea of the plain.” Most scholars take this to mean the eastern portion of the Dead Sea, perhaps even to the point of Edom at the sea’s southern point. Taken together, these verses indicate Jeroboam had full control over the territories of Moab, Ammon and Syria (see also verse 28 and Amos 6:14). At the same time, King Uzziah of the southern kingdom of Judah was experiencing a national revival, conquering territory along the Philistine coast southward to the Red Sea.

This prosperity during Jeroboam ii’s reign is witnessed at several archaeological sites in northern Israel, such as Hazor, Dan and Tizrah. At Megiddo, a striking jasper seal reading “Shema, servant of Jeroboam” was discovered in excavations. Its iconography and the context of its discovery show it likely belonged to a minister or an assistant to Jeroboam himself. Though archaeology can only reveal so much, the picture that emerges of Jeroboam’s reign is one of national restoration of towns and cities throughout Israel, indicating a boost in wealth, at least for the ruling class.

Toward the end of Jeroboam’s reign, God sent the Prophet Amos to directly warn the affluent nation of its coming downfall if it failed to repent. Instead of thanking God for delivering the blessings prophesied by Jonah, Israel clung to its idolatry. “You lie on beds adorned with ivory and lounge on your couches,” Amos warned. “You dine on choice lambs and fattened calves. You strum away on your harps like David and improvise on musical instruments. You drink wine by the bowlful and use the finest lotions, but you do not grieve over the ruin of Joseph” (Amos 6:4-6; New International Version). Excavations in Israel’s capital of Samaria unearthed hundreds of ivory fragments, recalling Amos’s warning.

Israel refused to acknowledge God as the source of its wealth and peace, and continued its pagan practices. As Todd Bolen wrote, “The Israelites thought of themselves as good, religious participants. They traveled regularly to their royally designated cultic centers, places of ancient religious significance (Amos 4:4; 5:5; 8:14; Hosea 4:15). They brought sacrifices and freewill offerings of an extravagant nature and amount, unequaled in remembered history (Amos 4:5; 5:21-22)” (“The Reign of Jeroboam ii: A Historical and Archaeological Interpretation”). Far from heeding the prophet’s call for repentance, the people expected continued blessings. So confident were they about their standing with God that they actually desired the day of the Lord, thinking it would not affect them (Amos 5:18-20).

As Jonah and Amos clearly showed, God was behind the prosperity and peace during the time of Jeroboam ii. Yet the people credited their king and their military victories instead. “You celebrate the defeat of Lo-Debar and Karnaim, and you boast by saying, ‘We did it on our own’” (Amos 6:13; Contemporary English Version). God saved the nation temporarily by the hand of Jeroboam, but soon after, He removed those blessings.

Bible history and contemporary secular history prove that the end of Jeroboam’s reign was the death knell for the nation. Successive Assyrian kings quickly drove Israel from the territory Jeroboam had won. Three decades later, the nation was in captivity.