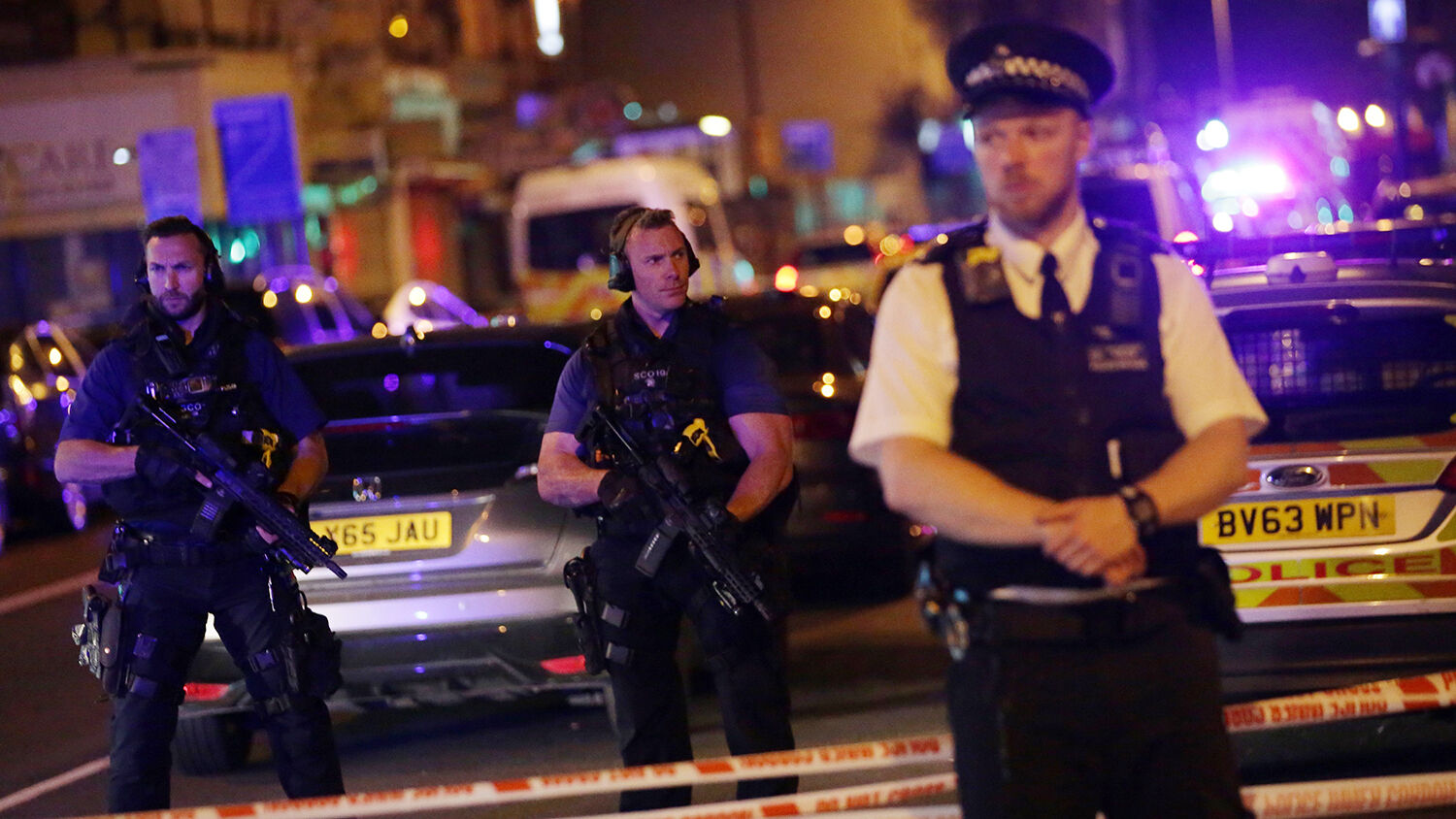 Police guard a street in the Finsbury Park area of north London where a vehichle hit pedestrians on June 19, 2017.
DANIEL LEAL-OLIVAS/AFP/Getty Images

The British tabloid Daily Mail reported on June 9 that the bbc will stop using the word “terror” to describe attacks, such as those at London Bridge, Finsbury Park mosque and Manchester Arena. The ban will come into effect when bbc updates its editorial guidelines next month.

Current bbc guidelines discourage using the word “terrorist” and suggest that writers instead use terms denoting specific acts, such as “bomber” or “gunman,” when reporting a terrorist incident.

The bbc appears to be justifying its decision by portraying it as a measure to avoid accusation of bias. On March 22, following the terror attacks in Christchurch, New Zealand, bbc News editorial director Kamal Ahmed claimed that there is “no agreed definition of what a terrorist is” and therefore the decision was necessary to avoid biased and unfactual reporting.

The current editorial guidelines on reporting terror and terrorism were released when the Irish Republican Army terrorist organization was conducting bombings. At that time, reporters used the words “jihadist” or “militant” when referring to Islamic extremists as opposed to Irish terrorists. Now, the bbc has dropped the word altogether, shying away from even hinting at the political affiliation of a terrorist.

This change has led to criticism from employees, commentators and politicians.

Andrew Bridgen, a conservative member of Parliament, pointed out that trying to “sanitize” the actions of terrorists does not change reality.

Former Home Office adviser David Green said, “I think there is a common usage, which has some recognition in law, which if you use attempted killing or injury to [achieve] a political objective, then that’s terrorism. It would be misleading not to say that these are terrorist episodes if they are attempts to advance a political or ideological cause through violence.”

Green warned that the bbc is “failing in their public service duty” by censoring use of the word. bbc employees also expressed anger at the decision, and said that “many people” think the idea of banning the word is “nuts,” according to the Daily Mail, which first reported the story.

One senior employee was reported as saying, “It boils down to that phrase, ‘One man’s terrorist is another man’s freedom fighter.’” Is this grounds for removing all use of “terror” from news reports?

The bbc is censoring use of the word “terrorist” to identify someone who pursues political goals by mass-murdering civilian men, women and children and causing terror in society as a whole. This is simply one example of a larger problem: the weakness of Britain’s national will.

Some commentators realize this to varying degrees, but they do not know the most important reason why it is happening, or where it is leading. This change in vocabulary by the bbc follows a trend that the Bible forecast thousands of years ago.

The Bible shows that Britain actually descended from the ancient nation of Israel. (For proof, request your free copy of The United States and Britain in Prophecy, by Herbert W. Armstrong.) That makes the prophecies it recorded for Israel’s descendants relevant to us today.

The God of the Bible prophesied that Britain would suffer a crisis of weakened will, and Scripture plainly reveals that the cause is breaking God’s law: “And if ye will not yet for all this hearken unto me, then I will punish you seven times more for your sins. And I will break the pride of your power …” (Leviticus 26:18-19). This refers to military power as well as national willpower: the strength to confront evil. Britain’s inability to even call a terrorist a terrorist is evidence of this prophecy being fulfilled.

Bible prophecy has much to say about Britain. To learn about the prophecies that predicted the rise of the British Commonwealth, its downfall, and its glorious future after Jesus Christ’s return, read The United States and Britain in Prophecy.