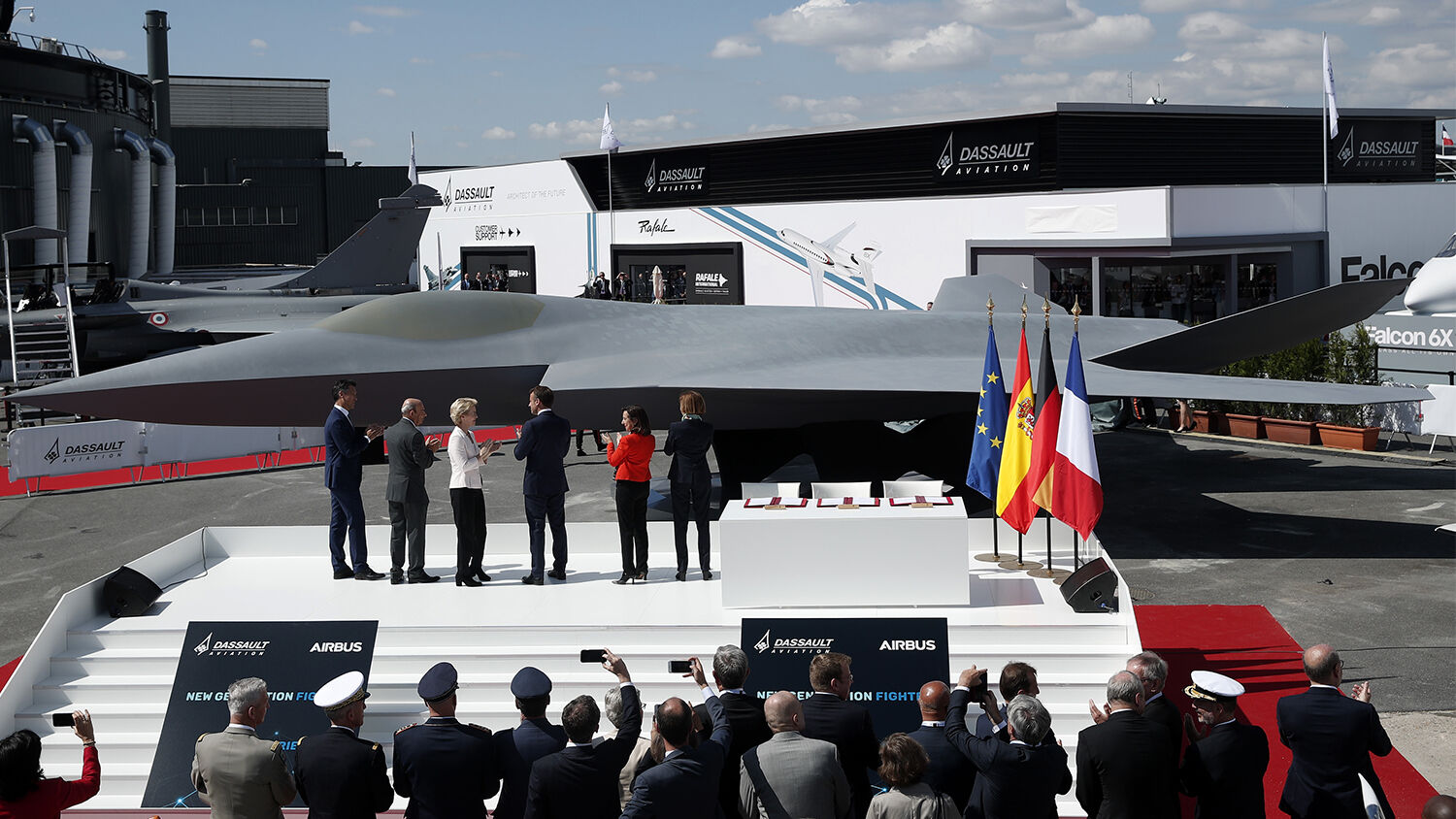 An authority stronger than defense experts says this will happen.

Defense ministers of Germany, France and Spain signed up to participate in Europe’s Future Combat Air System at the International Paris Air Show on June 17.

The program will design and construct Europe’s sixth-generation stealth fighter jet and its weapons, which include new cruise missiles and drone swarms controlled from the cockpit of the aircraft.

One of the main reasons for its development is to give Europe greater military independence from the U.S. and to guard against emerging stealth technology in hostile nations like China.

The signing comes at a critical time, as pressure grows for Europe to strengthen its air defenses. The German Council on Foreign Relations published a paper on June 8 calling for new German-led air defense programs to be implemented in Europe. The need for such a program is becoming a stronger focus as more nations develop weapons that can challenge European air superiority.

Germany has been described as the ideal country to lead European nations in the development of new air defense capabilities. It is already the main European air defense contributor in nato. According to the report, Germany “would like to act as a main partner in capability development for the armed forces of other nato and EU countries.”

Being a “Framework Nation” for nato air defense operations, Germany hosts the air and space command center at Ramstien Air Base and facilitates training and patrols for the alliance.

Air superiority is vital to modern warfare. In previous nato campaigns, there has been little resistance from the air because enemy air assets were generally minimal or were destroyed early in the conflict. However, this would not be the case in a war with a major power such as Russia, which is largely what motivates Germany to prepare for such possibilities.

The report warned about the “end of Western air superiority.” European strategists see the playing field gradually leveling out if Europe does not act to retain its advantage. Last year, Russia and China announced hypersonic weapons and they are beginning to deploy them. The speed of a Russian hypersonic missile inbound to a European target would give European decision-makers almost no time to respond.

At the Sary-Shagan test site (Republic of Kazakhstan), the air and missile defence forces of the Aerospace Forces successfully conducted a new test launch of a modernized missile of the Russian ABM system. #MoD #Aerospace_Forces #Missile_Defence #Kazakhstan #SaryShagan pic.twitter.com/mFle4QLyc4

There is also the proliferation of drones. These can be easily and cheaply used to direct artillery attacks, perform reconnaissance, and fire weapons. The report recommended that Europe develop better short-range air defenses in response.

The threats to Europe’s airspace are constantly growing. Recently, Russia positioned more surface-to-air missiles in Crimea, a peninsula that Jeffrey Lewis of the James Martin Center told Defense One is now “bristling with missiles like a hedgehog.”

There are also speculations that Russia may be moving nuclear missiles onto the peninsula, though the governments of Ukraine and the United States have not made any statements on the subject.

Nukes or not, Russia’s military buildup and activities are certainly pushing Europe to rethink its defense strategies.

As Russia’s menacing weapons buildup in Crimea continues, it will drive the development of Europe’s next fighter jet and spur further calls for militarization. More and more, analysts and policymakers are calling for Germany to take the lead on defense initiatives.

This is what the Trumpet has warned about and watched for. Our predecessor magazine, the Plain Truth, under Herbert W. Armstrong, warned of the same thing. In a 1980 co-worker letter, Mr. Armstrong said that fear of Russia would be “the spark to bring the heads of nations in Europe together with the Vatican to form a ‘United Nations of Europe.’”

Where did he get this idea? Was it from intelligence sources and political analysts? Did he simply draw a parallel between World War ii and today?

All of Mr. Armstrong’s forecasts were based on Bible prophecy, as are the Trumpet’s. The Bible describes seven resurrections of the Holy Roman Empire. Germany is prophesied to lead a brief and final resurrection of this empire, and it will be a military power to be reckoned with. Revelation 13 and 17 describe this empire as a “beast” against which nobody is able to make war.

Europe’s militarization is a trend we watch closely because the Bible says it will change the world you live in. Many other prophecies detail the rise of this beast, showing how it will rise suddenly to the surprise of the entire world, and be composed of both church and state.

To read more about how a militarized Europe will change your life and the world you live in, request a free copy of The Holy Roman Empire in Prophecy and read our Trends article “Why the Trumpet Watches Europe’s Push Toward a Unified Military.”