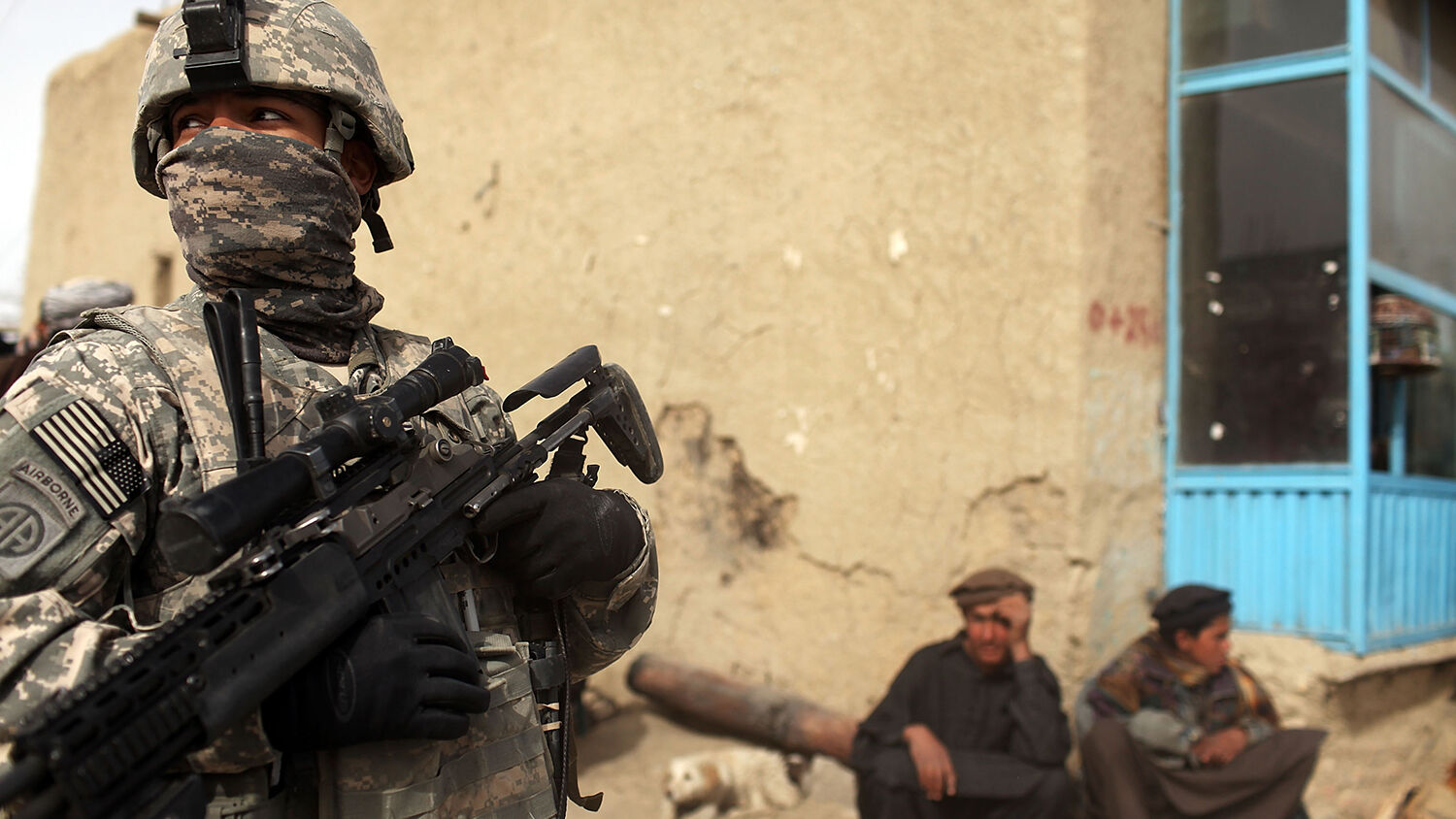 America’s broken will in Afghanistan

Asim Umar, leader of al Qaeda in the Indian Subcontinent, praised the Taliban’s “victory” in Afghanistan and the “American defeat,” declaring that “the American Army has refused to fight.” Its broken will has lost America the war in Afghanistan as the victors show increasing signs of unity.

“We on behalf of the subcontinent … give congratulations for these victories,” Umar stated in his June 4 message celebrating the end of Ramadan, to “Sheikh Hibatullah Akhwanzada [Supreme Leader of the Taliban], Sheikh Ayman-az-Zawahiri [Emir of al Qaeda] and the leaders of the Mujahidin [Afghan insurgents],” calling them both “Amir-ul-Momineen,” or “Amir of the Faithful,” a title reserved for a caliph. This statement shows that the closeness of the alliance between al Qaeda and the Taliban has lasted for two decades.

On Sept. 20, 2001, then United States President George W. Bush said that the “leadership of al Qaeda has great influence in Afghanistan and supports the Taliban regime in controlling most of that country.” If not for al Qaeda’s support, the Taliban could not have controlled the government from 1996 to 2001, when American troops quickly ousted it from power and forced it into hiding.

The Taliban leadership fled to the Pakistani city of Quetta to regroup. While there, it received financial and military support from the Pakistani government and from al Qaeda. Why this alliance? War on the Rocks wrote, “Al-Qaeda … gets the prospect of a future safe haven should the Taliban return to power.”

The Pentagon argued that the Taliban is distancing itself from al Qaeda. However, other U.S. government assessments say the opposite. The Office of the Inspector General for the Department of Defense noted on May 17 that U.S. Forces-Afghanistan “assessed that al Qaeda poses ‘a limited, indirect threat’ to U.S. and allied forces through the support it provides for Taliban.” The Taliban still relies on support from al Qaeda.

Though both sides usually act in their own best interest, as in any alliance, they are bound by a common objective: to kick the United States out of Afghanistan and eventually the Middle East.

In his June 4 message, Umar said that the U.S. once made “threats of war,” but Allah has “exhausted” the superpower, and now it is “begging for ceasefire.” This propaganda has truth behind it.

When the U.S. invaded Afghanistan in 2001, it went in with the plan to eliminate al Qaeda. But it also had to fight the Taliban, the regime that allowed al Qaeda’s terrorist network safe haven.

With international help and a quick victory, the U.S. installed a new government in Afghanistan. But in 2006, the Taliban returned from Pakistan and made a ferocious comeback. Within a couple of years, Afghanistan was again in turmoil.

Afghanistan’s economy was in shambles. Its insufficient infrastructure, nonexistent industry and poverty-stricken agricultural community led many local Afghans to blame the newly established government. As a result, many joined the Taliban as jihadist insurgents.

America responded with a troop surge that peaked at just over 100,000 troops in 2011. Former U.S. President Barack Obama declared victory and ordered the mass withdrawal of troops from Afghanistan. Troop numbers plummeted to about 8,400 in 2016.

America’s “threats of war” were gone, and ever since, the U.S. has been “begging for ceasefire.”

“After nearly two decades of fighting, the United States is about to enter into peace negotiations with the very enemy it sought to destroy in Afghanistan—the Taliban” Trumpet executive editor Stephen Flurry wrote in January. “This shocking display of lack of will to destroy a far weaker enemy was forecast by the Trumpet repeatedly over the past two decades.”

It is America’s longest-running war, and now it is ending with America “refus[ing] to fight” and “begging for ceasefire.” America’s will has been broken, and the region knows it.

“Power players all over the Middle East were watching carefully as America … showed a will to fight, and then quickly tired of the whole affair,” Vali Naser writes in The Dispensable Nation. “Our only goal seemed to be getting out, first of Afghanistan and then the whole region.”

Daniel 11:40 prophesies of a clash in the Middle East to occur “at the time of the end.” But America is not mentioned. Why?

Notice Leviticus 26:19-20: “And I will break the pride of your power … And your strength shall be spent in vain.” America no longer has the will to fight. All the money and lives it has lost has been in vain. The Pentagon says that the Afghanistan war has cost $45 billion a year—and it is in its 18th year.

America’s downfall was prophesied in the Bible, and that is how the Trumpet’s forecast on Afghanistan is proving accurate.