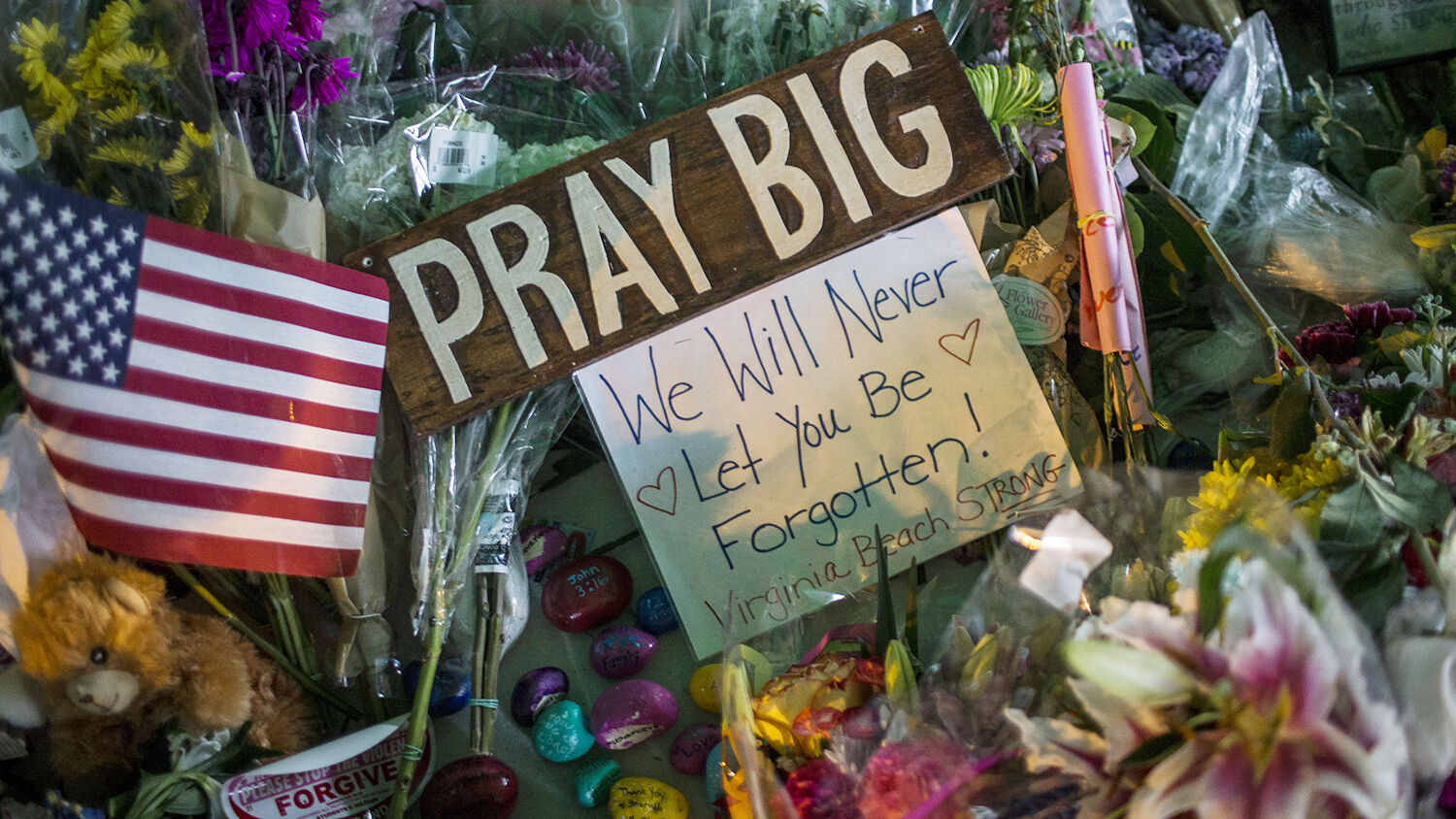 The cause of mass shootings is woefully misidentified.

Tragedy hit the United States again on May 31 when DeWayne Craddock, a public utilities engineer for Virginia Beach, shot and killed 12 people in the worst mass shooting the U.S. has seen so far this year. With his motives seemingly unidentifiable, the debate has again turned to gun control and away from the true cause of these atrocities.

Hours before the slaughter, Craddock submitted his resignation letter in which he respectfully delivered his two weeks’ notice, saying that for “personal reasons” he would have to vacate the job. This appears to be as close as the investigators have come to finding a cause for what followed next.

Shortly after 4 p.m. the same day, Craddock shot and killed 12 and injured four when he entered Building 2 of Virginia Beach Municipal Center with two .45 caliber handguns. Eleven of those killed were his colleagues.

The shooting at a municipal building in Virginia Beach, Va., on Friday was the first of 2019 in the U.S. that led to the deaths of more than 10 people. This is the fifth consecutive year a shooter has killed at least 10 people in a single incident. https://t.co/xtgcu3TptH pic.twitter.com/fbMK23mirB

One survivor, Thomas Colson, locked himself in an office as he heard gunshots and approaching footsteps. Craddock peered in through the window. They made brief eye contact. Colson told the Washington Post that Craddock’s face was a mask of inscrutable emotions. After a moment, he inexplicably walked away.

The 40-year-old was later shot dead during the long gun battle that ensued with four police officers.

Investigators remain stumped, finding it difficult to pinpoint a cause for the tragedy that no one saw coming, although he appeared to have been a loner and shunned interactions with his neighbor. According to the New York Times, three officials believed that Craddock had recently “snapped,” but not in a way that could point to his becoming a murderer. City manager David Hansen said Craddock’s performance was “satisfactory” and that he was in “good standing” within the department.

In the wake of this seemingly inexplicable tragedy, the narrative has again turned to gun control.

Virginia Governor Ralph Northam has once again called for new laws to introduce more stringent gun control measures. This has led to opposition from Republican House of Delegates Speaker Kirk Cox. The topic has been hotly contested for a long time. While the left is calling for tighter gun control, those on the right oppose it, citing an individual’s constitutional right to bear guns.

While the two sides argue, they are missing the real cause for increased gun violence.

The two guns that Craddock used were both legally purchased in 2016 and 2018. And although gun ownership is at a record low, mass shootings are becoming more and more frequent.

According to cnn, advocates of gun control believe that America needs “gun-related legislation over the next two years, such as measures to raise the minimum age for gun purchases to 21; ‘red flag’ laws designed to make it easier for law enforcement to confiscate guns from individuals considered at ‘extreme risk’ of violence.”

Mass Shootings Tracker, which defines a mass shooting as an incident in which at least four people are shot, shows that there have been 181 mass shootings this year alone, a 20 percent increase over the same period in 2018.

With gun ownership decreasing, why are the number of shootings increasing? Because gun control is not the cause.

The real force behind these evils is not physical; it is Satan the devil, the god of this world (2 Corinthians 4:4).

Ephesians 2:2 says that Satan is “the prince of the power of the air, the spirit that now worketh in the children of disobedience.” We live in a world that is ruled by Satan, a murderer from the beginning (John 8:44). Craddock, and all other murderers, are acting on the influence of their father the devil.

The increased shootings and evil we see today were prophesied. They should come as no surprise. Timothy describes the “perilous times” coming in these last days, during which “evil men and seducers shall wax worse and worse” (2 Timothy 3:1-4, 13).

Notice what is written in Revelation 12: “Therefore rejoice, ye heavens, and ye that dwell in them. Woe to the inhabiters of the earth and of the sea! for the devil is come down unto you, having great wrath, because he knoweth that he hath but a short time” (verse 9). In his article “The Hidden Cause of Society’s Deadly Decline,” Trumpet editor in chief Gerald Flurry wrote, “Satan was already being worshiped on this Earth, but now it’s even worse. Now he’s cast down …” (emphasis added throughout).

Because of sin, this world is in captivity to the devil, subjected to his will. That is why society today is increasingly plagued by so many evils: gross immorality, homosexuality, drug and substance abuse, broken down families and corruption.

Governor Northam said in his press conference that “votes and laws, not thoughts and prayers,” are what really matter. Yet it is because we have rejected God that God has rejected us: “And even as they did not like to retain God in their knowledge, God gave them over to a reprobate mind” (Romans 1:28).

Following the November 2017 mass shooting at a Texas church, Mr. Flurry wrote, “People today scoff at the existence of God. Even those who believe He exists think He has no involvement in current events. But there is always a penalty for sin.”

Those penalties are steep. And they can be seen in this world’s suffering.

God wants us to choose to turn back to Him, but we are proving that we will only do so after experiencing a great deal of self-inflicted suffering. In his article “Why Mass Shootings?,” Trumpet executive editor Stephen Flurry referred to this as a kind of “aversion therapy”:

God is not forcing us to go the way of Satan, but He is certainly allowing us to do exactly what we have chosen to do all the way back to Adam: to fill our minds full of Satan’s way of self-love. God is allowing it to bring us to the point where we will absolutely loathe and abhor this “present evil world.” He is allowing man to go his own way so that we will see the fruits of rejecting His way and living “our” way.

If mankind continues on its current path, more events will take place that will make all these terrible mass shootings look insignificant. Mr. Gerald Flurry wrote in “Mass Shooting in Texas” that mass shootings are just one example of the tragedies “that will eventually force our people to turn to God. They will finally look to their loving Father who will solve all problems, decimate all evils, and bring righteousness and joy to the whole Earth and universe. That’s a living hope! But we have to learn some very important lessons first.” And we have to learn these lessons the hard way.

Many people ask why God allows such events to occur. However, “if you believe what the Bible says,” wrote Mr. Stephen Flurry, “you know exactly why such abominable horror has happened and will happen. And you have hope. Because you know that this is a lesson in aversion therapy that teaches us to turn to God.”

For a more detailed explanation on these events and the hope to come, request your free copy of Ezekiel: The End-Time Prophet, by Gerald Flurry.