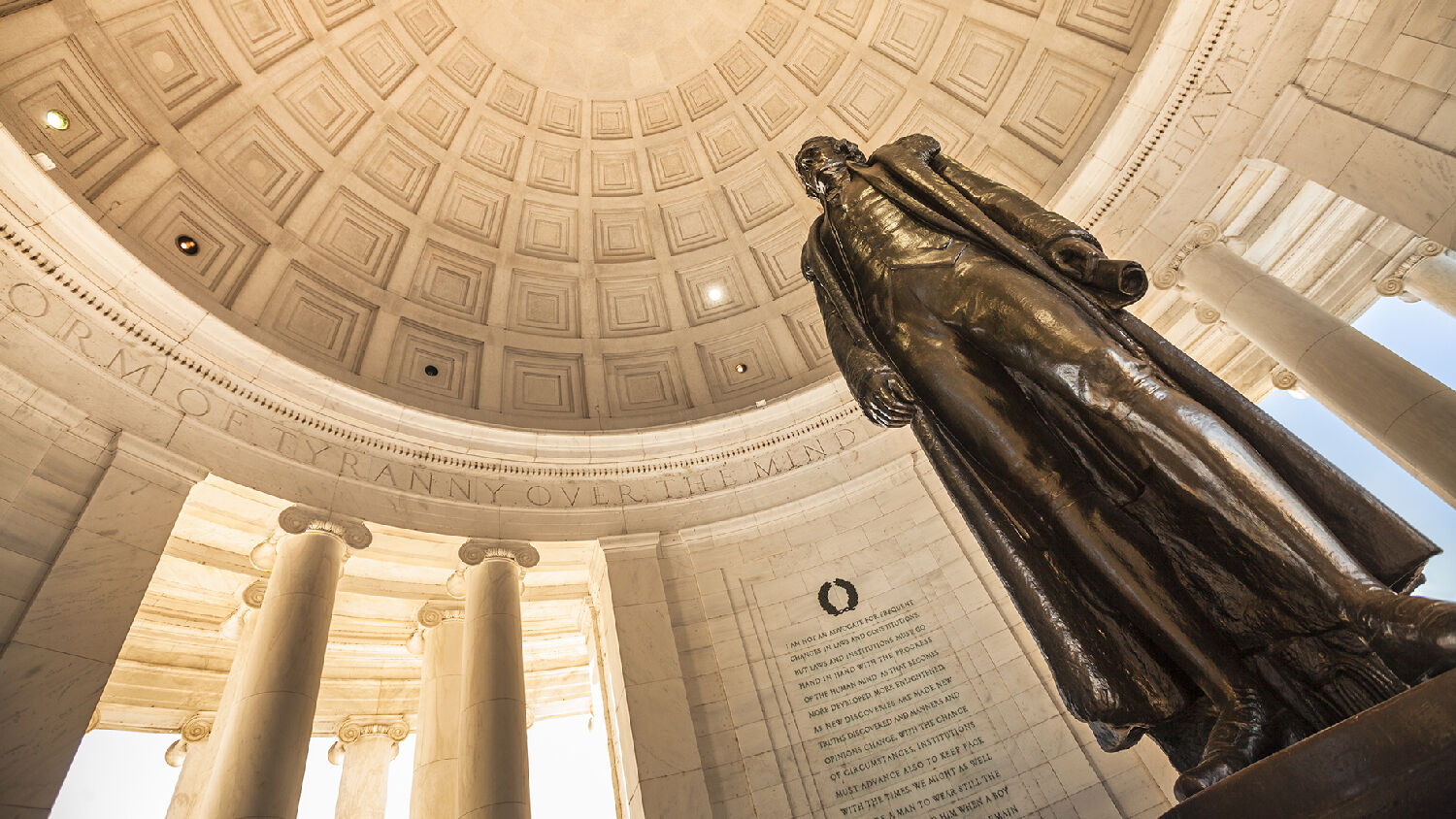 The following is from the Trumpet Brief sent out on May 15. These daily e-mails contain personal messages from the Trumpet staff. Click here to join the over 25,000 members of our mailing list, so you don’t miss another message.

Fifteen years ago, I visited Washington, D.C., for the first time. Seeing the monuments and memorials filled me with gratitude and awe. The Jefferson Memorial made a deep impression, particularly the audacious battle cry of the Declaration’s author etched in capital letters inside the rotunda: “I have sworn upon the altar of God eternal hostility against every form of tyranny over the mind of man.”

It happens that Thomas Jefferson is under attack today—and that a particularly pernicious form of tyranny over the mind of man is on the march. In just the last couple of weeks:

Such stories are accumulating with avalanche force. Transgenderism has gone from universally recognized perversion to movement to revolution. Those who just a few years ago claimed that all they wanted was to be left alone are now leaving no one alone—not even kindergarteners—as they force their views on the world.

This tyrannical, oppressive movement is powered by lies at every level. It defies logic, facts and truth. Yet it demands strict compliance from everyone.

No trend in society better exposes the deceit, moral bankruptcy, duplicitous opportunism, authoritarian inclinations and downright evil of the left. If you want to know how the devil does business, pay attention to what this movement is doing.

It will keep growing in power—and in hostility to resistance. The stories will keep coming. What was shocking yesterday is routine today, and what shocks today will be common tomorrow. Why? Because in the face of this rising tyranny over the mind of man, we simply are not summoning enough righteous intellectual, emotional and moral hostility. As a result, more and more of us are certain to feel its steel. Like the dad who now risks being jailed if he “incorrectly” addresses his daughter in his own home.