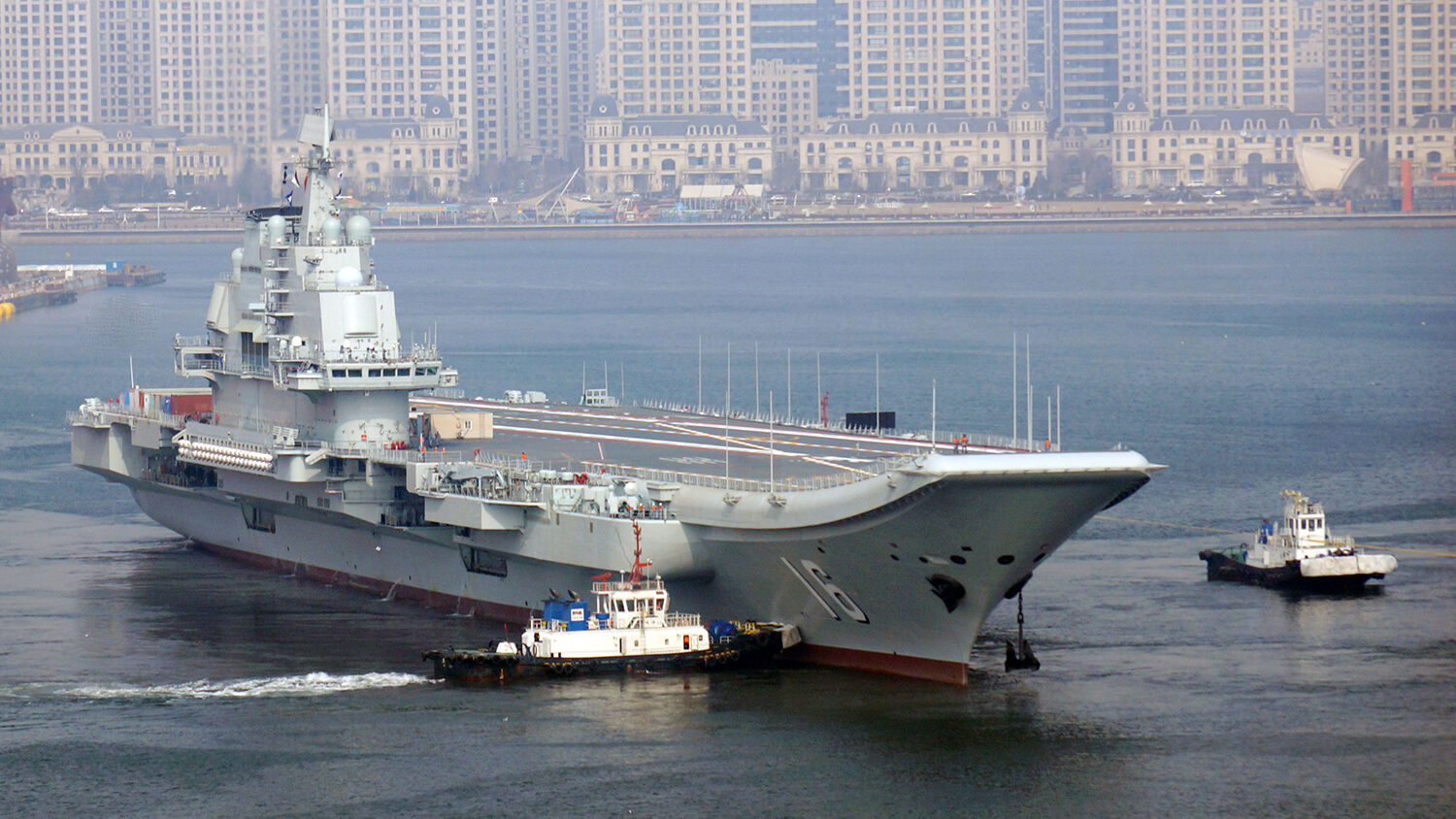 ‘Once completed, it will outclass any warship from any Asian country, including India and Japan.’

China has accelerated construction of its third aircraft carrier, according to satellite imagery collected on April 17 by the Center for Strategic and International Studies (csis) and according to a report by the United States Department of Defense. In state media, China has only alluded to building this carrier, and has not confirmed its construction.

“Visible through the clouds and mist is what looks to be a bow and main hull section of a large vessel,” csis noted. “While details regarding the Type 002 are limited, what is observable at Jiangnan is consistent with what is expected for the People’s Liberation Army Navy’s (plan) third aircraft carrier.”

The image obtained and analyzed by the Center for Strategic and International Studies provides the first look at China’s third aircraft carrier and its approximate dimensions. The center estimates the displacement of the warship at 80,000 to 85,000 tons, slightly smaller than U.S. Navy carriers, but larger than most other warships.

The construction of China’s third aircraft carrier – the Type 002 – appears to be underway at Jiangnan Shipyard. The image below shows what looks to be a bow and main hull section of a large vessel under construction. Read more here: https://t.co/RUKvYmeEl5 pic.twitter.com/dy3mF8YZPv

The Department of Defense report noted that the aircraft carrier would be larger than its predecessors and equipped with a catapult-launch system similar to American carriers, allowing it to launch heavier planes and a larger number of planes more quickly than China’s current carriers. The Department of Defense expects the aircraft carrier to finish construction by 2022.

Ian Storey, a senior fellow at the iseas Yusof Ishak Institute in Singapore, said that China’s development of a full-size carrier with catapult launching will cause additional concern to China’s neighbors. “Once completed, it will outclass any warship from any Asian country, including India and Japan,” he said. “It is yet another indication that China has emerged as Asia’s paramount naval power.”

The U.S.’s global responsibilities mean it has a smaller number of ships available to patrol the seas off of Asia. Some analysts calculate that if the U.S. and China engaged in a conflict in East Asian waters, China may have the advantage.

China’s naval buildup becomes more relevant if we consider China’s militaristic behavior in the South China Sea. Trumpet editor in chief Gerald Flurry wrote in the July 2016 Trumpet that China’s military buildup in the South China Sea is “steering the world toward war.” For many decades, the U.S. has “protected this vital trade route and brought peace to this part of the world,” Mr. Flurry wrote. “Now the American military is retreating, and other great powers are coming in to fill the vacuum.”

China is now able “to establish a security buffer,” not just near its coast but also “extending far from its coast and engulfing the entire South China Sea,” Mr. Flurry continued. With China’s power relative to America’s growing quickly, China is “intimidating the nations of Southeast Asia into submission to its will. It is forcing these countries to do what it wants. Everything is headed in the direction of war.”

Mr. Flurry’s analysis of the South China Sea situation is based on Bible prophecy. In Deuteronomy 28:52, God warned the nation of Israel that if it disobeyed Him, He would give its enemies control over Israel’s vital sea “gates.” Mr. Flurry explained that this warning “is not just for an ancient nation. It is a prophecy for the modern-day descendants of Israel! Two nations in particular represent Israel in this end time: America and Britain.”

Today, we see China’s increasing belligerence to fully control the South China Sea and America’s insufficient response to counter its aggressive actions. While U.S. influence is increasingly called into question, South China Sea claimant states are inching closer to China to fill the power vacuum in the region. America is losing control over the South China Sea; the prophecy in Deuteronomy 28 is in the process of being fulfilled. The construction of China’s third aircraft carrier and other naval developments are all accelerating the fulfillment of this prophecy.

To understand more about China’s military buildup in the South China Sea and why it is so concerning, please read Mr. Flurry’s article “China is Steering the World Toward War.”