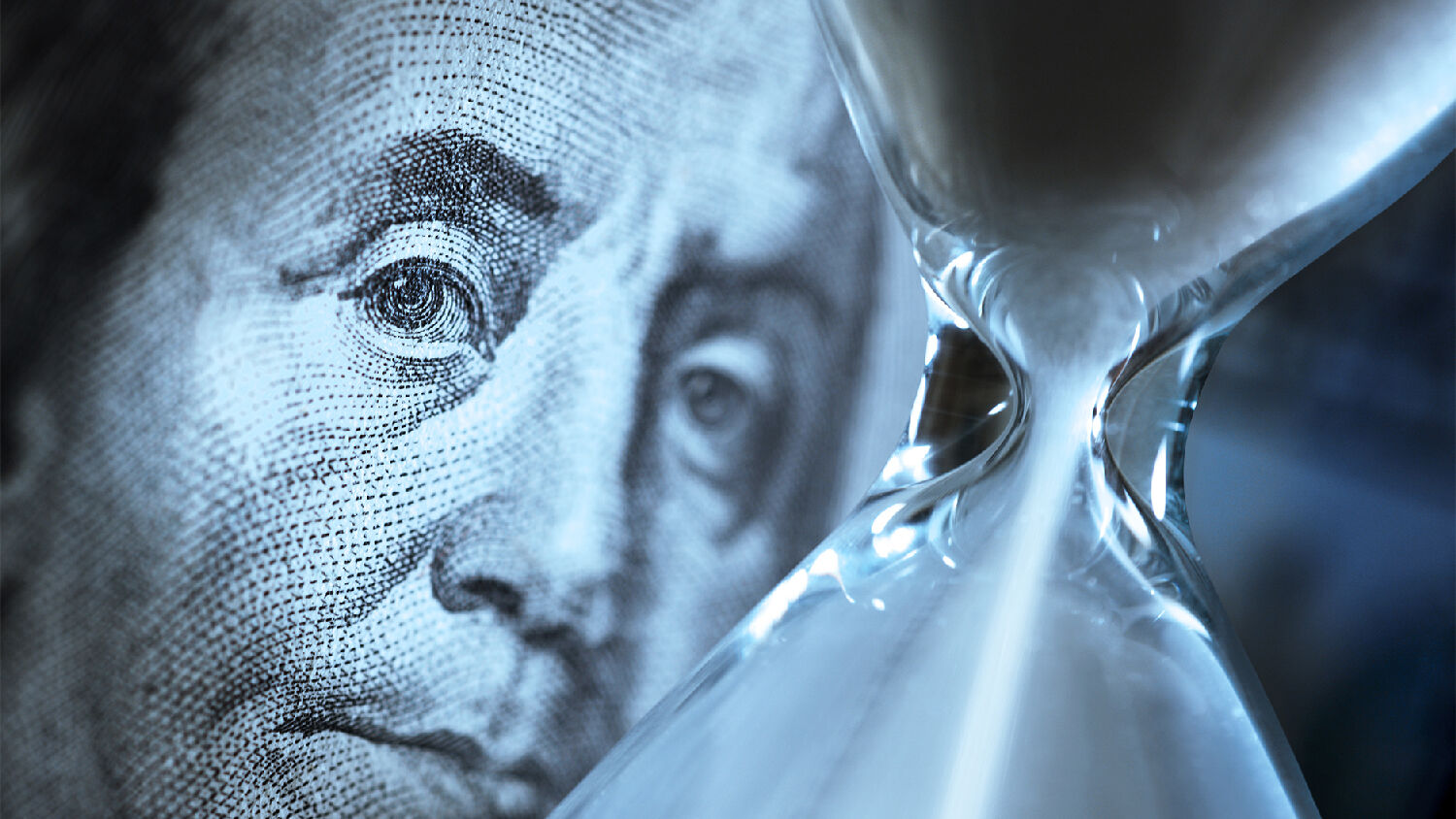 Soon every new dollar the U.S. government borrows from outside investors will be needed to pay net interest on its national debt.

One of the wisest kings who ever lived was inspired to write, “The rich rules over the poor, and the borrower is servant to the lender.” The United States is about to learn this lesson the hard way. The federal government has borrowed almost $6 trillion from its Social Security Trust Fund (intragovernmental debt) and over $16 trillion from outside investors (public debt). Last year, it paid an astounding $324.7 billion in interest payments on its debt—roughly half of what it spends on defense. Data from the U.S. Treasury Department’s Office of Debt Management show that the government is only five years away from the point where every new dollar it borrows from outside investors will have to go toward funding interest payments on the national debt.

This is called a debt death spiral.

In ancient times, God instructed the nation of Israel that blessings come from obedience to His laws, just as curses come from disobedience. In Deuteronomy 28, God warned that debt problems are one of the curses that come from disobedience. Specifically, He warned that if the Israelites turned away from Him, strangers would lend them money, but they would not lend to others. Today, America owes over $6 trillion to foreign nations, in addition to the $10 trillion it owes to domestic investors and the $6 trillion it has looted from its Social Security Trust Fund. America’s financial predominance is about to disappear as the nation struggles to borrow enough money just to keep up with the interest on its growing debt. This sobering situation is just one more sign that the nation has rebelled against God and His law.

To learn more about the prophesied dangers of out-of-control government spending, request our free reprint article “The Biggest Threat to America’s National Security,” by Joel Hilliker.