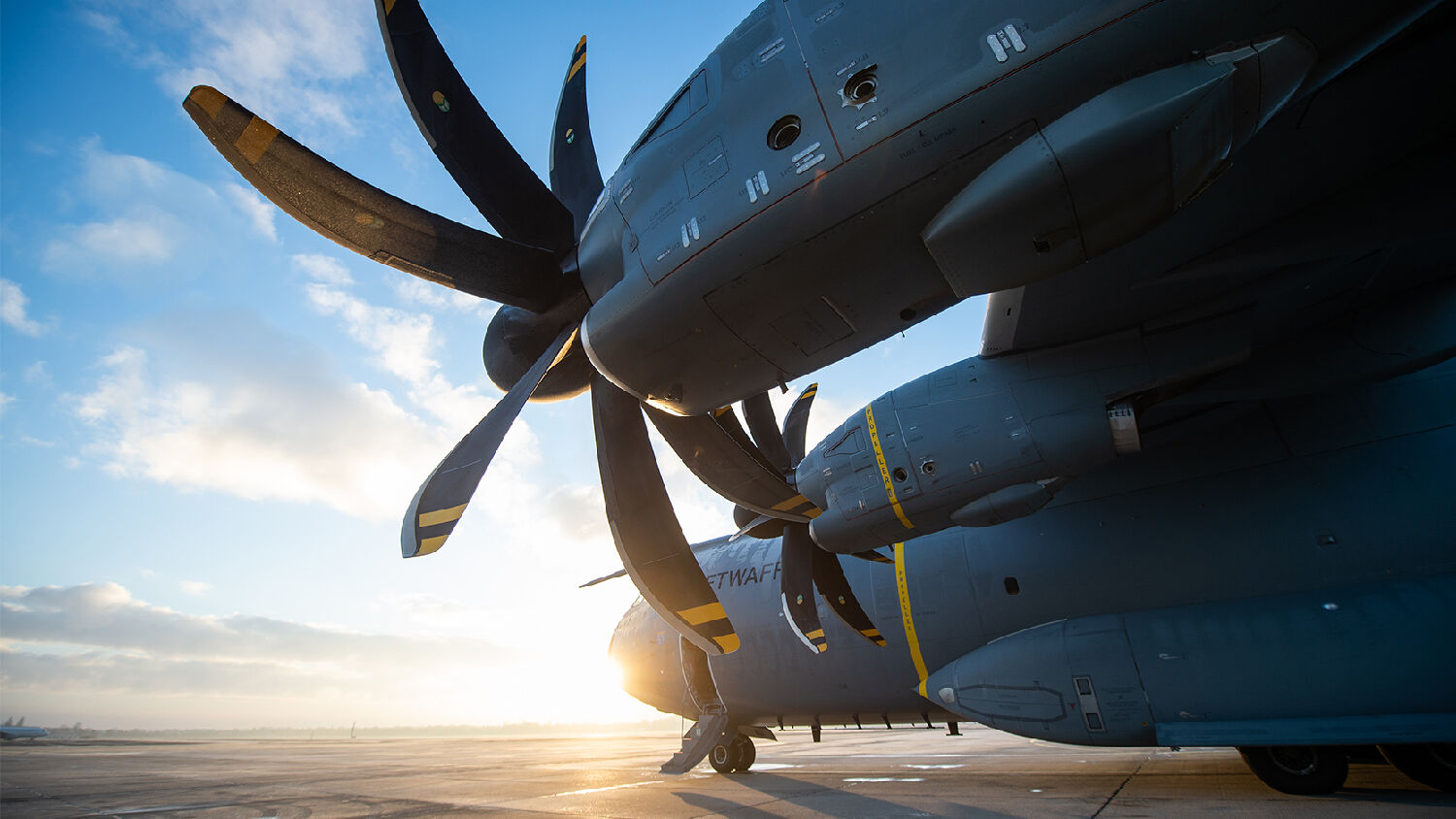 The A400M is the world’s most technologically advanced military transport aircraft. Since 2013, Europe has been filling its storehouses with this new engineering development. This plane fills a major strategic capability gap that allows Europe to conduct warfare abroad without the United States.

“EU military ambitions will also be dependent on adequate strategic airlift, and this remains a notable capability gap,” Yvonni-Stefania Efstathiou, program coordinator and research analyst for Defense and Military Analysis, noted this past January.

In 2001, the British Royal Air Force began flying the Boeing C-17 and became the first nato country, besides the U.S., capable of conducting strategic airlifts. The same year, the British and six other European nato members agreed to manufacture their own strategic heavy-airlifter, the Airbus A400M. Germany ordered 53, France 50, Spain 27, the United Kingdom 22, Turkey 10 and Luxembourg 1. Other nations have since also expressed interest.

By 2018, France, Germany, Spain and the UK operated 63 military airlifters (A400M and C-17A Globemaster iii models). The U.S. operated 264 C-17A and C-5M Super Galaxy models. Over the course of the next few years, Europe will quickly catch up.

In 2014, the Joint Air Power Competence Centre Journal wrote: “The fulfillment of A400M orders will not only help European nations become a global contingency enabler but will allow them to act and operate on their own for strictly European operations.”

The A400M excels in air-to-air refueling, can operate on unpaved runways, and can drop paratroopers or loads from the air. It fills the capability gap between the C-130J-30 Super Hercules and the C-17 Globemaster iii. Some have even argued that the U.S. military should buy some A400Ms.

Previous generation tactical airlifters have good tactical performance but cannot carry the outsize military and humanitarian relief loads because their cargo holds are too small. Current strategic aircraft are good outsize-load airlifters but are costly and have limited tactical capability as they cannot operate from soft fields. The A400M is a larger, more modern, truly versatile aircraft specifically designed for today’s requirements and those of the future.

The late Herbert W. Armstrong, editor in chief of the Plain Truth, predicted in 1980: “You may be sure the West European leaders are conferring hurriedly and secretly about how and how soon they may unite and provide a united European military force so they can defend themselves!” (Plain Truth, April 1980).

Mr. Armstrong based his forecast on Bible prophecy. He died in 1986, but world events have proved his forecasts about Europe and other regions around the world to be accurate. For more information, request our free booklet He Was Right.

The key to understanding these biblical prophecies is revealed in The United States and Britain in Prophecy, by Mr. Armstrong. In this book, Mr. Armstrong explained the biblical identity of nations, as well as the fact that most prophecies are indeed for our time—right before the return of Jesus Christ.

Many biblical prophecies refer to the rise of a militaristic leader in Europe who will lead an empire to war. This man will command an army that will surprise and utterly destroy many nations.

Daniel 8:23-24 state: “And in the latter time of their kingdom, when the transgressors are come to the full, a king of fierce countenance, and understanding dark sentences, shall stand up. And his power shall be mighty, but not by his own power: and he shall destroy wonderfully, and shall prosper, and practise, and shall destroy the mighty and the holy people.”

Such global destructiveness far surpasses even Adolf Hitler’s military ambitions. A prophecy in Revelation 9 shows that military aircraft will play a decisive role in these coming wars. The January 2011 Trumpet stated that the Apostle John used “the symbolic term of locusts to describe the terrifying war machines that would be invented by scientists and used by the military in this final world conflict! Notice that these symbolic locusts, or grasshoppers, are driven by men and are able to fly (verses 7, 9). They will make a tremendous noise and are protected by armored plating.”

This could describe military aircraft that Europe is currently producing.

Without strategic and tactical airlift capacity, Europe would not be capable of conducting such warfare. But Mr. Armstrong not only prophesied of a coming unified European military force, its break from the U.S., and the almost utter destruction of this world in a global conflict (Matthew 24), he also prophesied of a coming wonderful world that will follow today’s horrors.

To learn more about Europe’s pursuit for military independence and the devastating consequences it will have, request Germany and the Holy Roman Empire, by Trumpet editor in chief Gerald Flurry. Also request a free copy of Mr. Armstrong’s booklet The Wonderful World Tomorrow—What It Will Be Like to learn why mankind has to suffer such terrible conflict and how and when God will intervene in world affairs.