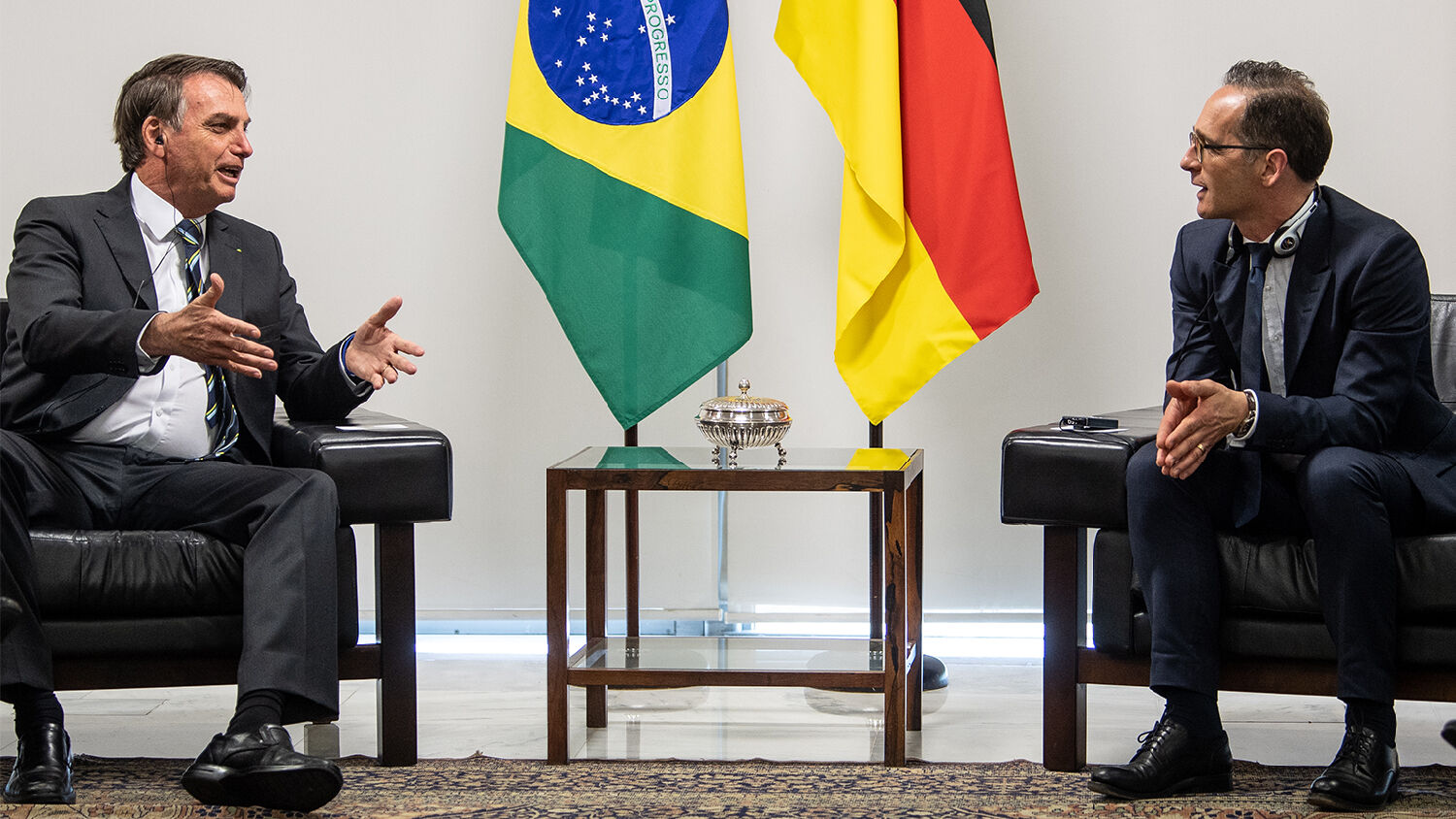 Germany tightens its connection to Brazil, not so with the U.S.

On April 30, German Foreign Minister Heiko Maas became the first high-ranking representative from a member state of the European Union to visit Brazil since the inauguration of its new president, Jair Bolsonaro. Maas met Bolsonaro and his foreign minister, Ernesto Araújo, to cement a relationship of “unifying values.” The growing relationship between Europe and Latin America is important to watch.

The German media has criticized Bolsonaro for his policies, which many say resemble those of United States President Donald Trump. “Time and again, Brazilian President Bolsonaro provokes with statements on human rights, environmental protection and the rule of law,” n-TV reported. “Nevertheless, the ‘Trump of the Tropics’ seemingly found the right tone with Foreign Minister Maas. Together, they announced closer cooperation” between the two nations (Trumpet translation throughout).

Brazil is pushing for even stronger cooperation. Araújo said after the meeting that relations with Germany are “more important than ever.” Araújo has a particularly close connection with the German government. Two decades ago, he served for two years in Berlin as the economic secretary of the Brazilian Embassy.

“Bolsonaro’s government appears to be seeking good relations with the federal government,” Bild.de reported. “At the joint press conference with Foreign Minister Ernesto Araújo, the counterparts repeatedly stressed the unifying values—‘democracy, freedom, human rights’—and the equality of interests regarding multilateral cooperation. Above all, Araújo went above and beyond, emphasizing again and again that the two governments operate on the same value foundation.”

Multilateral cooperation is something that the U.S. is accused of abandoning. But more important are the shared values that supposedly unite Brazil and Germany. Latin America has more in common with Europe than with Russia, China or even the U.S. The two continents share common languages (Spanish and Portuguese), a common religion (Catholicism), and a common history shaped by the Holy Roman Empire. This history is the foundation of these shared values.

The Trumpet and its predecessor, the Plain Truth, have predicted that this history and those shared values will unite the two continents again.

At the time of Bolsonaro’s election, the Trumpet asked, “Will Brazil’s New President Open the Door to the Holy Roman Empire?” and wrote: “Bolsonaro is a populist who rails against the political establishment, like many of the populist strongmen currently rising to power in Eastern Europe. He is advised on foreign policy by Prince Luiz Philippe de Orleans e Braganca, a royal descendant of both Holy Roman Emperor Francis ii and Brazilian Emperor Pedro ii.”

The fact that Europe is again warming up to Latin America should frighten America. Temporarily, the U.S. may benefit from Bolsonaro’s anti-China and pro-Western policies, but his alliance with Europe will turn out to be devastating for the U.S. economy.

Germany is the economic leader of the EU, as Brazil is of the Latin American trade bloc mercosur. Together, the two countries are seeking to realign world trade.

The EU and mercosur hope to finalize a joint trade agreement this year. In “America Is Being Besieged Economically,” Trumpet editor in chief Gerald Flurry wrote:

Few Americans are paying attention to the situation that is developing to our south. But I guarantee they won’t be able to ignore it indefinitely. This trade agreement will impact the whole world! It is going to affect your life dramatically. The seeds are being sown for a trade war and an economic besiegement that will help destroy America. This trade deal is that important!

Germany today is shunning the U.S. and pushing to create its own trade deals. The Plain Truth declared in May 1962 that “the United States is going to be left out in the cold as two gigantic trade blocs, Europe and Latin America, mesh together and begin calling the shots in world commerce.”

Prophecies in Isaiah 23, Ezekiel 27 and Revelation 13 and 18 show that Europe and, secondarily, China will dominate world trade to the detriment of the U.S.

Deuteronomy 28 gives a glimpse of the terrible conditions that will result from “the siege … wherewith thine enemies shall distress thee” (verse 53). This refers to an economic siege, which is being set up by Europe. Europe has a specific strategy in its trade policies. It is forging an alliance with Latin America, Africa, Russia, China, Japan and other economic power blocs to bring down America.

But this prophecy cannot be fulfilled unless Latin America joins this anti-U.S. alliance. Latin America can be viewed as the United States’ emergency breadbasket. Without this security, Americans could literally be left to starve—and that’s exactly what Bible prophecy foretells (verses 48-55).

The immediate result of the fulfillment of these prophecies will be absolute devastation of the American economy and its people. But Bible prophecy also shows that this coming siege will lead to many Americans turning from their rebellion against God to deep repentance.

This coming siege, as well as the wonderful fruits that result from it, are thoroughly explained in Isaiah’s End-Time Vision, by Gerald Flurry. Click here to request a free copy.