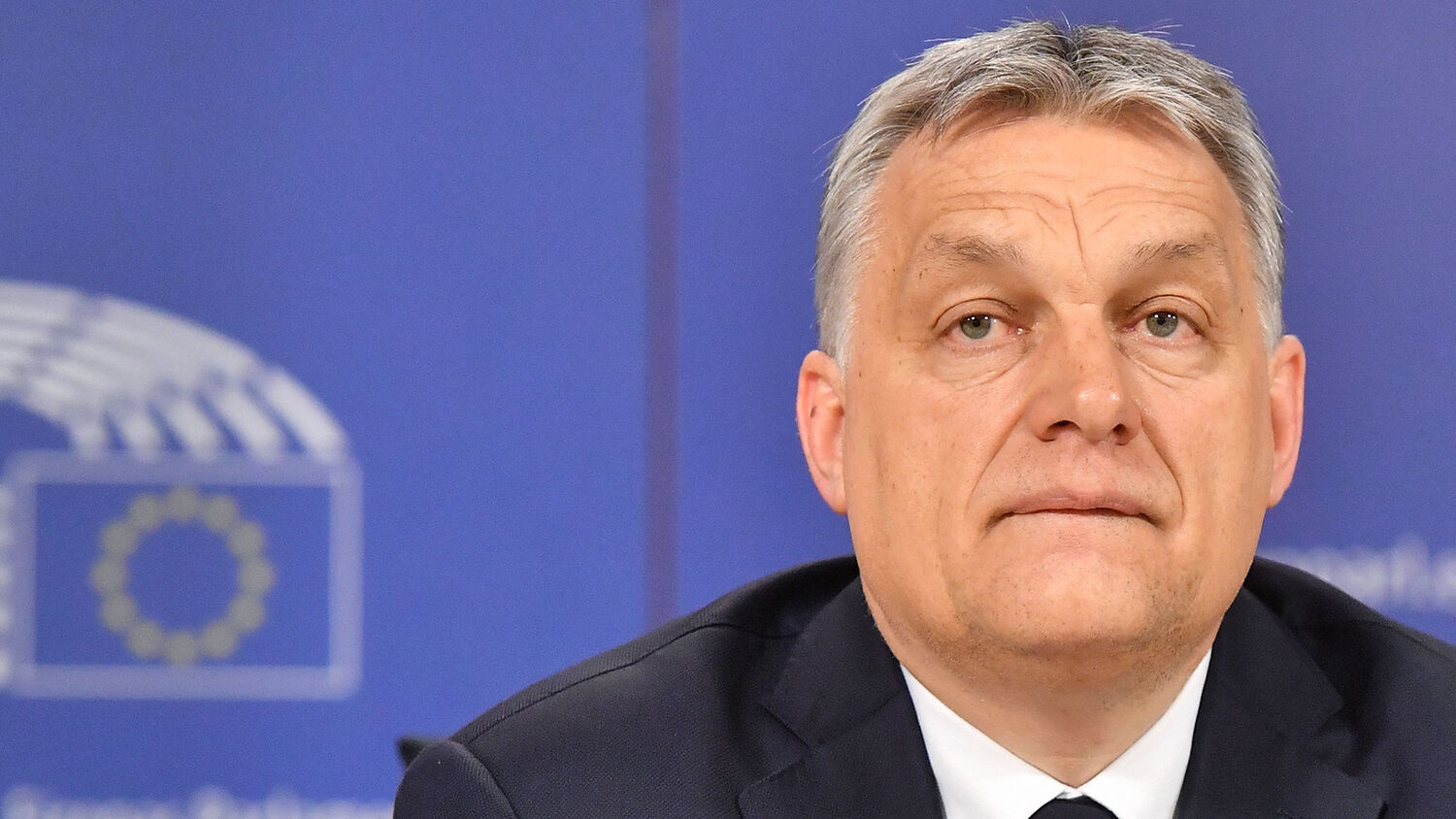 Hungary’s Prime Minister Victor Orban addresses a press conference at the end of a European People’s Party meeting at the European Parliament in Brussels on March 20, 2019.
EMMANUEL DUNAND/AFP/Getty Images

The European Union’s most powerful nations are beginning to ignore dissent.

On April 29 at the United Nations Security Council in New York, the European Union flatly ignored a veto from Hungary against a statement on foreign policy. This marks the first time that an EU member’s decision has been completely ignored during a vote, and although it’s a comparatively small event, it sets a dangerous precedent.

When the EU votes on a foreign policy decision, there must be consensus: All 28 member states must agree or abstain, and any nation may veto a decision.

In this instance, the EU was voting on a statement about Israel and the two-state solution. Near the end of the vote, Hungary objected and vetoed the statement. This should have stopped the statement from being passed.

It didn’t. To Hungary’s great irritation, the statement was passed regardless. A representative from Finland read aloud the statement on behalf of the member states, conspicuously failing to mention Hungary by name.

Using this loophole and some convenient excuses, the EU successfully set a dangerous precedent for skirting its own laws and ignoring the opinions of those who disagree. (Hungary often disagrees with major EU powers like France and Germany.)

The issue was a statement of common EU policy about the two-state solution and an imprisoned human rights activist. It was not a major issue with immediate foreign-policy ramifications; still, the way Hungary’s veto was handled has major ramifications for the rule of law within the EU.

The blame was placed squarely on Hungary. Since Hungary objected to the statement at the “very, very last minute,” some EU officials passed off the situation as “a temporary pragmatic solution to Hungarian intransigence.” Others complained that Hungary “did not give a reason why” it objected to the statement. Some described Hungary’s ambassador as “arrogant.”

But the fact remains that the EU publicly ignored its own law and imposed its collective will on one of its own members.

The major European powers are preparing to shift away from the cumbersome consensus voting system to a system that gives them greater power to act with less support. According to a European Commission press release, the EU may be about to further adopt qualified majority voting, which is already used for 80 percent of all legislative decisions.

In the EU, passing a law with a qualified majority means that one of two conditions must be met: Either 16 out of 28 member states (55 percent) must vote in favor, or those voting in favor must represent at least 65 percent of the population.

It is no coincidence that the EU’s two most populous nations, France and Germany, support expanding the qualified majority system.

The mechanism in EU law that would allow a complete transition to qualified majority voting is called the passerelle clause. European Commission President Jean-Claude Juncker lauded it during his “state of the union” address last year, saying, “I believe the time has come to make use of the passerelle clause, which allows us to move to qualified majority voting—the ‘lost treasure’ clause of the Lisbon Treaty.”

What will this “lost treasure” mean for Europe’s future?

Juncker has said before that the EU must improve its ability “to speak with one voice when it comes to our foreign policy.” This clearly did not happen in the case of steamrolling Hungary’s veto.

“While the EU’s Common Foreign and Security Policy has been strengthened considerably over recent years, there are still a number of instances where unanimity has hampered effective decision-making and prevented the EU from acting quickly and robustly,” wrote the European Commission. The question of transitioning to more decisions by qualified majority will be discussed at a summit in Sibiu on May 9.

In the meantime, it is easy to see why the EU’s two leading nations, France and Germany, want to move toward qualified majority votes. Together, their population makes up approximately 29 percent of the population of the EU. Together with Italy and Spain, this group of major EU nations comprises 50 percent of the EU population. Under the qualified majority system, it would only take one or two more nations for a relatively small group of nations to sway EU decisions strongly in their favor.

And what is to stop them from ignoring a nation they disagree with, such as Hungary?

Herbert W. Armstrong, founder of the Plain Truth magazine, wrote about Europe’s unification as far back as the 1960s. He wrote:

[I]f 300 million Europeans were united and could speak with one voice, this would excel any might in the world today …. [There is] one thing you can count on. In fact it is so sure you can bank on it: The cry of a political union in Europe will get louder and before long we will see the Common Market develop into a United States of Europe.

If it was true in the 1960s that Europe was trying to unite and strengthen itself, it is even truer today. But how did Mr. Armstrong know so long ago that Europe would move toward unification, even toward superpower status? Because he understood Bible prophecy.

Millennia ago, the Bible prophesied that Europe would become a superpower in the end time. In our Trends article “Why the Trumpet Watches Europe’s Ongoing Unification Project,” we wrote:

At the mention of prophecy, many people immediately tune out. But before you do, realize that all of those forecasts that have already come to pass were based on the prophecies that so many people would dismiss out of hand.

Europe today is living, pulsing proof of the relevance and veracity of biblical prophecy!

Look at this statement Mr. Armstrong made in 1962: “Prophecy shows 10 kings … will arise in Europe and give their power to Germany.” It was because of biblical prophecy that Mr. Armstrong knew a 10-nation union would rise out of Europe in these latter days.

Revelation 17 describes in vivid detail this seventh and final resurrection of the Holy Roman Empire. “There is going to be a resurrection of that old Roman Empire. Not very many people believe it because people have gotten completely beyond really believing the Bible means what it says,” Mr. Armstrong said over 50 years ago. “You’re going to have to live and see it, and you’re going to have to know that God was speaking when He said that this thing was coming.”

Europe will be reduced to the prophesied 10 nations, and this will only make it more unified and more powerful. These nations will act with the authority of a superpower, and bring war, captivity and death upon the entire world. This is prophesied, and will happen just as surely as Europe is rising today. Yet just as sure is the prophesied return of Jesus Christ. He will put an end to this violent resurrection of the Holy Roman Empire, forever. Christ’s return will bring a new age of everlasting peace to the entire world.

To read more about this rising superpower, and how you can be protected from the horror it will inflict, read our Trends article “Why the Trumpet Watches Europe’s Ongoing Unification Project” and request a free copy of our book The Holy Roman Empire in Prophecy.