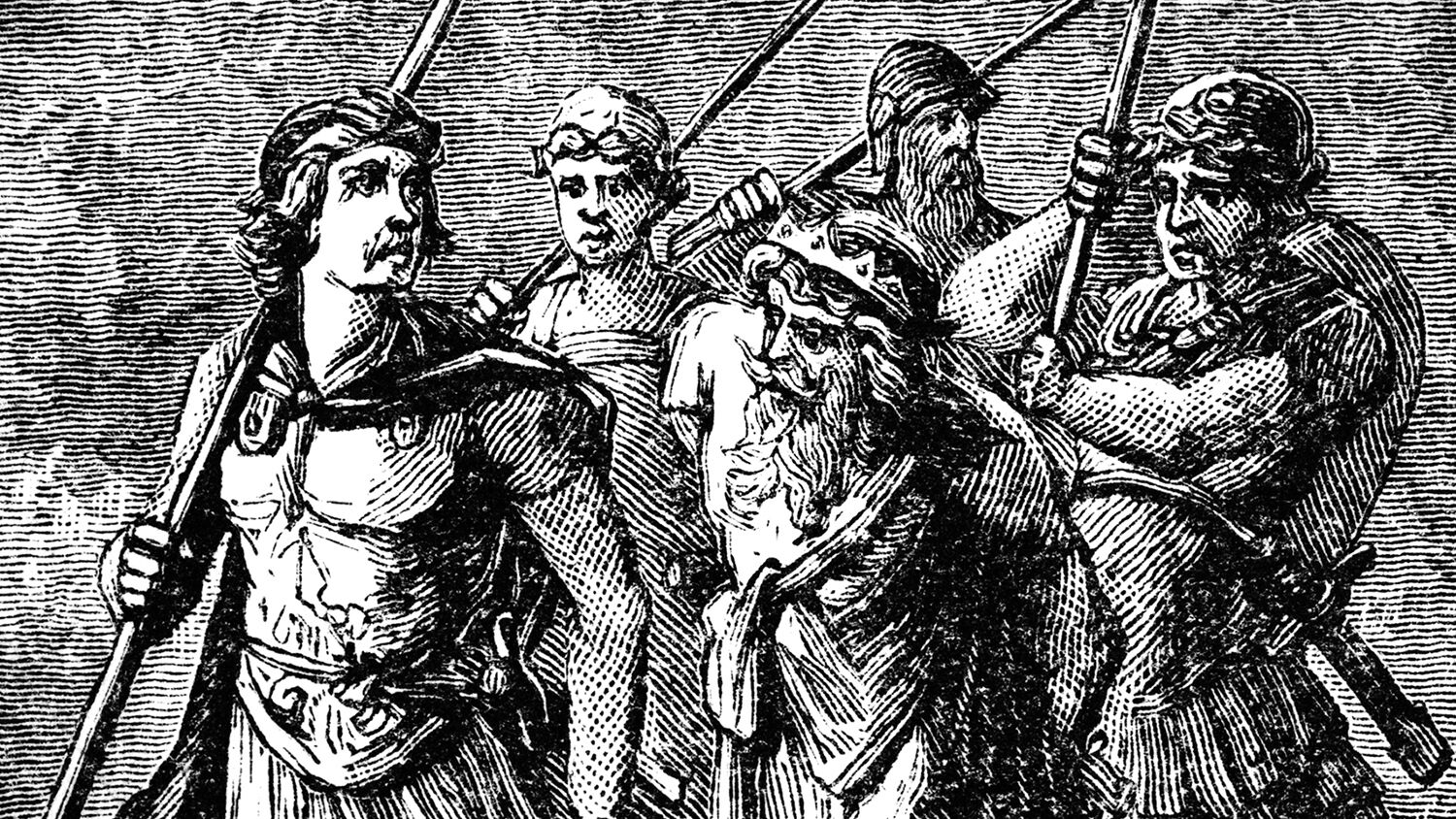 An ancient Babylonian clay prism confirms two biblical kings and the accuracy of the Bible narrative.

The discovery of the Esarhaddon Prism confirmed the existence of two biblical kings.

In the 1927–28 excavation season at the ancient Assyrian capital of Nineveh, archaeologist Reginald Campbell Thompson unearthed the discovery of a lifetime: the Esarhaddon Prism. The 33-centimeter-tall, six-sided clay prism dates to 673–672 b.c. It describes the history of King Esarhaddon’s reign and an account of the reconstruction of the Assyrian palace in Babylon. Within the 493 lines of cuneiform inscribed on the sides of the prism, experts found the name of another king: “Menasii šar [âlu]Iaudi,” or “Manasseh, king of Judah.”

The story of Esarhaddon, how he became king, and his interaction with Manasseh is fascinating—and it’s recorded both in the artifacts and the Bible.

Esarhaddon, the youngest son of Sennacherib, became king of Assyria when his father died, circa 690 b.c. His mother was not the queen, but one of the king’s concubines. So how did Esarhaddon become king?

Sennacherib had about a dozen sons through several wives. From those sons, he chose Ashur-nadin-shumi, the firstborn of Queen Tashmetum-sharrat, to be his heir. However, after appointing him to rule over the city of Babylon, the Elamites captured the prince and carried him away to Elam. Sennacherib tried to rescue his son but was defeated. A couple years later, Sennacherib skipped some of his older remaining sons and declared Esarhaddon to be his heir. But the older sons did not take kindly to this announcement. It is fair to say that a lot of jealousy was felt by Arda-Mulissi, who was heir-apparent, when he was overlooked by his father in favor of Esarhaddon. When persecution came, Esarhaddon was forced to flee into hiding from his brothers.

As described in the biblical books of Kings, Chronicles and Isaiah, in the historical accounts of Berossus and Herodotus and in Sennacherib’s own prisms, Sennacherib went on a military conquest of Judah. At the end of the eighth century b.c., he sacked 46 of the nation’s fortified cities. When he came to Jerusalem, however, he met unexpected resistance. Keeping His promise to King Hezekiah that no arrow would be shot against Jerusalem, God sent an angel to smite the 185,000-man Assyrian army at night, saving a repentant and humbled city from destruction. (To learn more about this miraculous event, read our article “Hezekiah: a Story, a King, a Legacy.”)

Sennacherib returned to Nineveh, where “it came to pass, as he was worshipping in the house of Nisroch his god, that Adrammelech and Sarezer his sons smote him with the sword; and they escaped into the land of Ararat. And Esarhaddon his son reigned in his stead” (2 Kings 19:36-37; Jerusalem Publication Society).

This too, it turns out, has been confirmed through archaeology. The Babylonian Chronicle inscription reads: “On the 20th day of Tebet, his sons revolted against him and they killed their father, Sennacherib. … Esarhaddon, his son, became king.” Another ancient Babylonian letter, although somewhat damaged, contains the following sentence: “Thy son Arda-Mulissi is going to kill thee.” Arda-Mulissi, the Adrammelech of 2 Kings 19:37, was the son of Sennacherib, who did end up assassinating him.

Evidently, he teamed up with his brother Nabu-sarru-usur (biblical Sharezer) to kill their father—which they did while he was worshiping in a temple. Esarhaddon returned to take control of Assyria.

After a six-week civil war, Esarhaddon emerged victorious over his brothers and took the throne. One of his first decrees was the restoration of Babylon, which his father had destroyed. And this is where the Esarhaddon Prism enters the narrative.

The inscription mentions two groups of subject kings—12 from the seacoast and 10 from Cyprus—whom Esarhaddon ordered to contribute building materials and workers to help reconstruct Babylon.

The inscription reads: “Together 22 kings of Hatti [this land includes Israel], the seashore and the islands. All these I sent out and made them transport under terrible difficulties.” One of these 22 kings was King Manasseh of Judah.

This clay prism contains the first extra-biblical reference to Manasseh, son of Hezekiah. (Another mention was made by Esarhaddon’s son and successor, Ashurbanipal, who recorded that “Manasseh, king of Judah” contributed to his invasion force against Egypt. Manasseh was the longest-reigning king of Judah and ruled for 55 years—under tribute to the kings of Assyria.)

The Esarhaddon Prism is now on display in the Library of Ashurbanipal at the British Museum, and stands witness to the historic accuracy of the Bible, describing both the biblical kings Esarhaddon and Manasseh, and illustrating Manasseh’s subjugation by the Assyrian Empire.

For more on the accuracy and authenticity of the Bible, please request our free booklet The Proof of the Bible, by Herbert W. Armstrong.