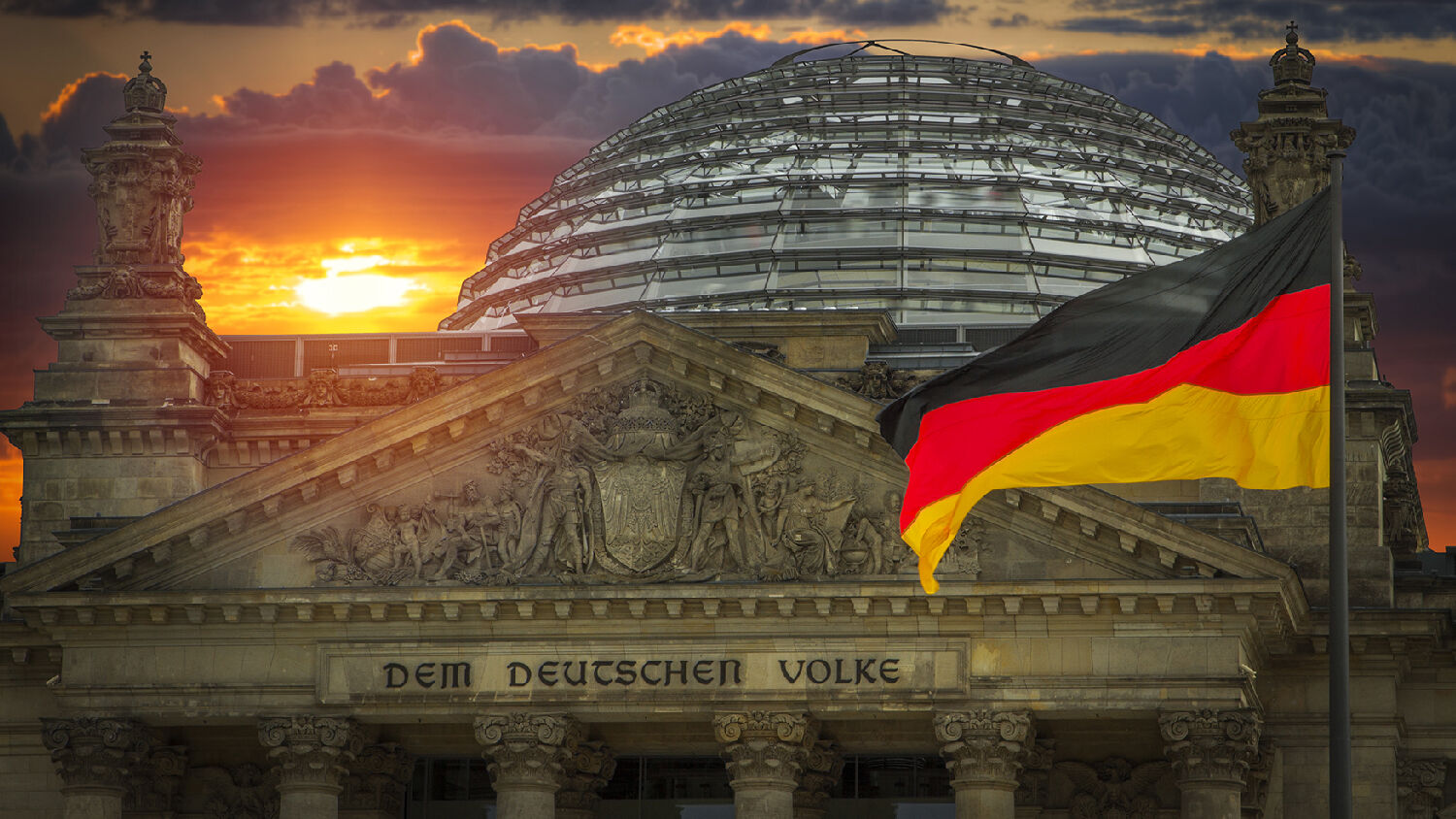 Dissatisfaction with democracy is growing rapidly in Germany.

A study by the Pew Research Center published in April found that a majority of people around the world are unhappy with the state of democracy in their country. This unhappiness is growing especially fast in Germany.

In 2018, 43 percent of Germans said they were unsatisfied with the state of democracy in their country, up from 26 percent in 2017. Only India experienced a more dramatic rise in frustration. Within the European Union, Germans are the most unsatisfied, followed by the Netherlands, with an increase of 12 percentage points.

This does not mean Germans are rejecting the principle of democracy, but they are increasingly frustrated by how their democracy is functioning.

The weakness of democracy lies in the long debates and governmental standstills. However, democracy promises citizens civil freedoms and the right to vote. But what good is a democracy if it doesn’t uphold the values it stands for? That’s the exact question that many Germans are asking themselves.

According to a study by the union-based Otto Brenner Foundation, more than 60 percent of respondents, ages 18 to 30, believe that they “have no control over what the government does.”

Germans say the democratic values they believe in are no longer upheld. Add this frustration to the weaknesses that democracies bring, and you get a toxic mixture. Germans’ frustration with their current government makes them more likely to embrace other forms of government.

A 2018 study by the German University of Leipzig found that 7.9 percent of Germans fully or mostly agree with the following statement: “It is in the national interest that a dictatorship is, under certain circumstances, the better form of government.” The study also found that 40 percent of Germans could see themselves supporting an authoritarian regime. More than merely asking if the German people would support a dictator, the questions examine if one’s principles are more compatible with authoritarian rule than with a democracy.

The study asked if the people agreed with the following statements (Trumpet translation throughout):

According to those who conducted the study, the answers show that a majority of Germans would not be opposed to a more authoritarian rule. In contrast, a democratic government would say: Let the troublemaker protest and express his opinion. Let’s debate the practices of old. Let’s make sure that people are involved in important decisions.

Germans hate confusion and chaos. They hate it when people disobey rules or are exempted from rules. They also hate standstills, endless debates and a lack of progress. But that’s exactly what democracy is currently offering them.

Those who visit Germany are often impressed by its law-abiding citizens. One might notice the rarity of jaywalking, the cleanliness of its cities, adherence to the speed limit (if there is one) and other traffic regulations. Germans tend to follow rigid rules. In general, Germans love law and order. They love strict guidelines and swift law enforcement. They love strong leaders that tell them the way, rather than ask for their opinion.

But the idea that Germans are more conservative than other peoples is not exactly true. If the government does not enforce conservative values, liberalism flourishes. For example, liberal values like homosexuality grew in popularity in the lead-up to World War ii. It wasn’t until Adolf Hitler put an end to it that the former conservative values resurfaced. History shows that Germans gravitate toward strong leadership. Many of Germany’s older generation today praise Hitler for the “law and order” he brought, despite all the evil he did.

But the current democratic government is not offering the strong leadership that many Germans desire. The refugee crisis has challenged their idea of law and order. Former laws that were taken for granted are now being questioned. Law enforcement agents have found themselves overwhelmed with bureaucracy, unable to execute their duties.

That’s why the desire for strong leadership is growing in Germany. The study by the University of Leipzig found that almost every third German expressed xenophobic positions in 2018. There is a link between craving authoritarian rule and the rise of right-wing extremism. The study explained:

People with an authoritarian character tend to have rigid ideologies that allow them to submit to one authority, to participate in their power, and demand the devaluation of others in the name of that order, all at the same time. Around 40 percent of Germans display authoritarian characteristics, while only 30 percent are explicitly democratic. Authoritarian aggression is deeply rooted in 65 percent of Germans: “The desire to exclude dissenters is shared by two thirds of Germans,” says Dr. Oliver Decker.

This explains the connection between the refugee crisis and the increased dissatisfaction with democracy. Why do 75 percent of Germans suddenly believe that free speech is not handled properly by their government? Nothing really has changed in Germany’s law on free speech. But what has happened is that those who expressed their criticism against the refugees felt suppressed. Authoritarian rule is not known for allowing free speech, but it does allow criticism against those not belonging to the state.

In election after election on the state and federal levels, Germans have expressed their dissatisfaction with the government, but nothing has changed. No matter what they vote for, the problems remain. The fringe parties on the left and right have grown, but nothing has really changed in the government. Millions of Germans believe that their vote for change has been ignored.

Germany experienced a similar situation in the recent past.

Germany’s history with democracy is short—about 14 years prior to World War ii and 70 years after. After the end of World War i in 1919, Germany’s monarchy ended and a new republic started. But the German nation had lived for centuries under authoritarian regimes, at times even worshiping the king or emperor, so it hesitated to embrace democracy.

In Europe, many believed Germans would celebrate the Weimar Republic as a liberation from oppressive rule. But Germans longed for a return to the monarchy. Their discontent led them to see more and more flaws in the newly founded democracy.

After the financial crisis in the 1920s, Germany’s political system was severely tested. Political parties could not gain enough votes, and forming a governing coalition became impossible. Ruled by transitional governments, German politics and government became a mess.

The German people wanted change, but they couldn’t agree on what kind. They were repeatedly asked for their opinion, but all they wanted was someone to show them the way. In the 14 years of the republic, 14 national elections were held.

The rise of Hitler lifted the burden of the voting ballot from them. As he took charge of the government in 1933, he was giving orders, rather than asking for opinions. Protests and opposition were put down, and law and order was again established. Many Germans loved it. And they followed his lead into destruction.

From 1933 onward, Germany transformed from a democracy into a dictatorship. Did Germans want a dictatorship that mass murdered any kind of opposition? No, they wanted a government that set sound polices and made sure they were enforced and brought progress. Many in Germany today who admire Hitler’s accomplishments refer to this law and order and the progress it brought.

Will It Happen Again?

Germans are again frustrated with democracy. Again their vote for change hasn’t brought the desired change. And again they can’t agree what that change should look like. Once more, they desire someone to tell them what to do rather than ask for their opinion. “There is a strong demand for a new leader in Germany,” Trumpet editor in chief Gerald Flurry wrote in “Germany—A New King Is Imminent.” “People can’t agree on what his policies should be—but they want someone different from Merkel, and someone with vision.”

A prophecy in the book of Daniel foretells that such a strongman will rise in Germany and be welcomed by the people. “And in his estate shall stand up a vile person, to whom they shall not give the honour of the kingdom: but he shall come in peaceably, and obtain the kingdom by flatteries” (Daniel 11:21). Concerning this verse, Mr. Flurry wrote:

This strong leader will dictate Germany’s way and receive little opposition. As Revelation 13 shows, he will establish law and order. Those who don’t follow that order will be punished. That’s exactly what Germans want. The problem, however, is that this man will enforce whatever seems right in his own eyes. Even worse, he will be heavily influenced and likely even possessed by the devil (Habakkuk 1:11). The mounting conflicts of this world and his desire for power will lead him to order Germans into war (Daniel 8:23-25; 11:40-45).

The rising hatred in Germany against foreigners, the growing distrust in Western systems, and the fears of conflict are the perfect breeding ground for this strongman to flourish. Germany’s desire for strong leadership will again end in horrifying conflict. (Read “Germany—A New King Is Imminent” to learn about these recent developments in their true prophetic context and implications for this world.)

Germans in the Wonderful World Tomorrow

The prophecy in Daniel also reveals where it will lead. “And through his policy also he shall cause craft to prosper in his hand; and he shall magnify himself in his heart, and by peace shall destroy many: he shall also stand up against the Prince of princes; but he shall be broken without hand” (Daniel 8:25).

The German strongman will enforce his policies and grow in might to the point that he will lead Germany and other European nations to war. But his reign will end suddenly as the Prince of princes, Jesus Christ, will return to Earth to put an end to mankind’s evil rule.

“And in the days of these kings shall the God of heaven set up a kingdom, which shall never be destroyed: and the kingdom shall not be left to other people, but it shall break in pieces and consume all these kingdoms, and it shall stand for ever” (Daniel 2:44).

Under Christ’s coming rule, Germany will live peaceably with all nations (Isaiah 11:16). Germany will then take orders, not from a human dictator, but from Christ Himself. God’s government will lead Germany to peace, prosperity and real progress. The Bible indicates that a time will come when Germany will no longer have a problem submitting to God’s rule. Indeed, Germans will learn to live righteously and willingly choose this way of abundant life.

To learn more about this wonderful future, request a free copy of The Wonderful World Tomorrow—What It Will Be Like, by Herbert W. Armstrong.