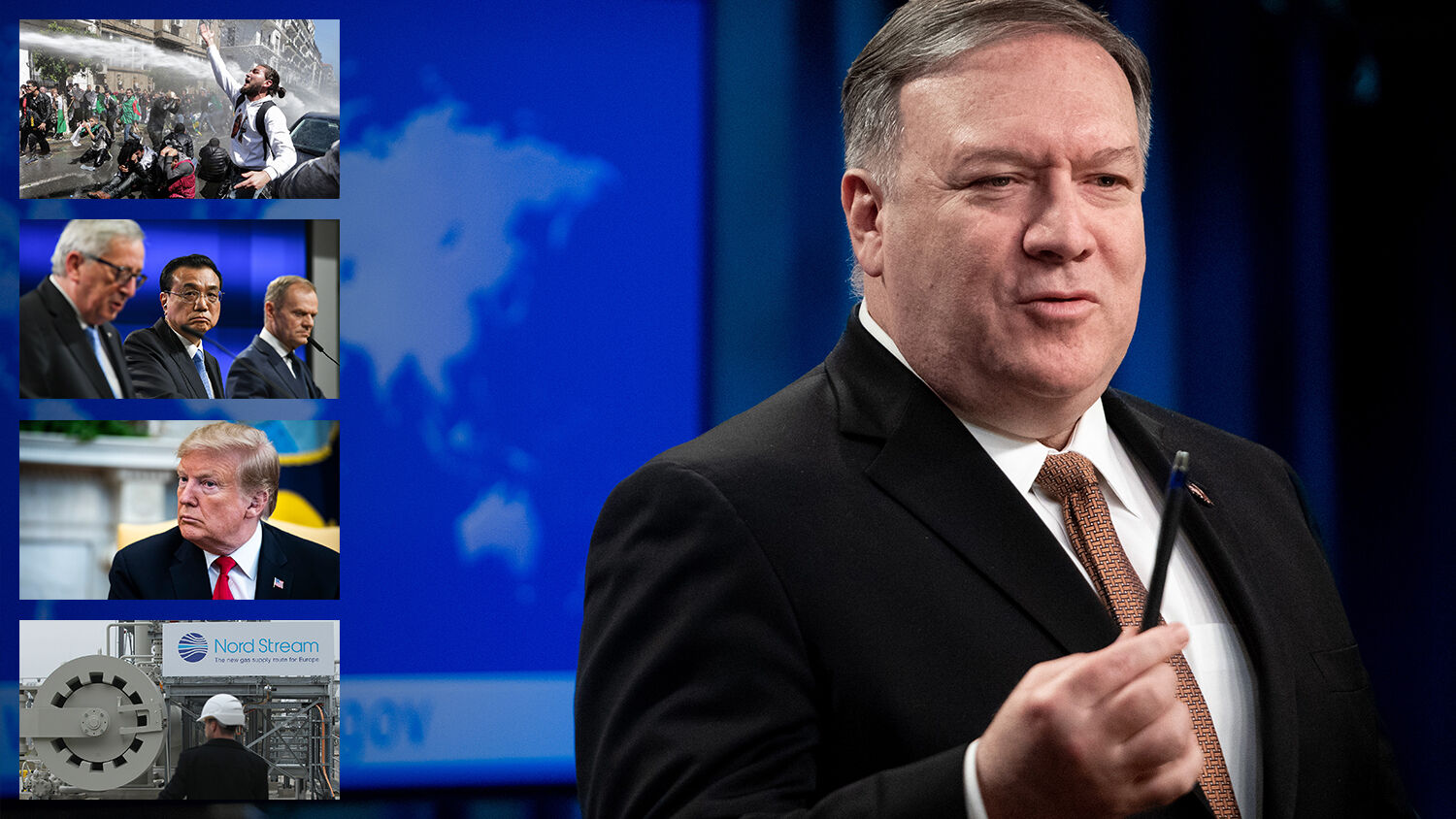 The United States formally designated Iran’s Islamic Revolutionary Guard Corps (irgc) as a Foreign Terrorist Organization on Monday, making it the first state institution to be given the classification.

The decision to target the irgc is the next step for the Trump administration’s campaign to pressure the Iranian regime to comply with international norms and to stop exporting its terrorism across the world. It is official acknowledgment that Iran is the head of the terrorist snake.

But will the designation and forthcoming sanctions have an effect at moderating Iran? What impact will it have on crucial Iranian allies such as Syria and Lebanon?

Europe is sitting on a time bomb that could blast its fuel supplies, trade routes and society: North Africa. The civil war in Libya is worsening; Tunisia is in turmoil; and abrupt regime changes have occurred in Algeria and Sudan.

All these areas have tension and major problems that aren’t going away quickly. Having several hot spots all smoldering at the same time means the risk of an explosion is especially high.

Your Bible prophesies this explosion, as well as its ultimate outcome.

China and the European Union issued a joint statement on April 9 expressing a consensus on common concerns on the strategic level and issues concerning bilateral trade and investments.

According to the German newspaper Der Tagesspiegel, these two partners are “United Against the U.S. Wrecking Ball.” The newspaper asked: “Who would have expected such a negotiation target for talks between China and the European Union 10 years ago: a joint commitment to a multilateral world order with the UN as a common mediator, and a yes to the Paris Climate Agreement?”

Longtime Trumpet readers expected such an alliance because the Bible prophesies about it. It calls this alliance “a mart of nations.”

On April 5, the Trump administration announced sanctions against 34 ships belonging to Venezuela’s government-owned oil company. This gives a rationale for the U.S. to seize these vessels in an attempt to cut off Venezuelan oil shipments to Cuba, which will weaken both Venezuela and Cuba.

President Trump’s strategy is to oust Maduro from office by severing his alliance with Cuba and convincing his generals to defect. This is a well-thought-out plan that has a good chance of successfully installing a new government in Venezuela. But America has always been more successful at toppling regimes than building new ones.

The attempt to keep Venezuela from becoming a Russian puppet state could transform the nation into a puppet state of the European Union.

The Dangers of the Nord Stream Pipelines

The Nord Stream pipelines begin in Leningrad Oblast, Russia, and run under the Baltic Sea for almost 800 miles to Greifswald in northern Germany. They are the world’s longest subsea pipelines. The first set was completed in 2012, and when the second set—Nord Stream 2—is completed later this year, it will double the current capacity, bringing it to 3.9 trillion cubic feet of natural gas per year that Russia can pump directly into Germany.

The main significance of these pipelines lies in the power they give to both Russia and Germany, and in the alarming way they bind the two nations together.

The pipelines show that the two nations are closely cooperating in a fashion that undermines nato and in a way that has dark historic precedents—and profound prophetic implications.