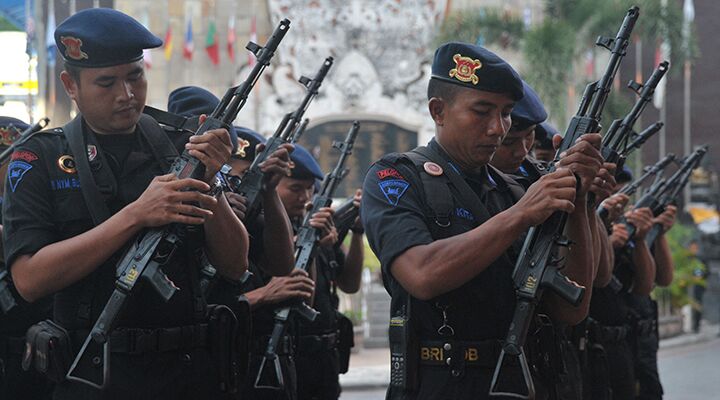 Any dream of Australia being isolated from the Islamic terrorist crusade was shattered last November when police in Sydney and Melbourne uncovered a major terrorist plot. On Nov.8, 2005, 17 people were arrested when 500 police raided 23 locations in the two Australian cities.

Though the scheme was foiled, the incident indicates the extent of the homegrown terrorist problem Australia faces.

Australia’s immigration policies of recent years—and the freedoms awarded immigrants without corresponding responsibilities—have produced a climate ripe for the growth of Islamic extremism.

Australia became the enemy of Islamic terrorists when it joined with the United States and Britain in the war on terror. Although this island nation has yet to experience a terrorist strike within its coasts, Muslim terror has struck close to home. The bombing of a nightclub in Bali, Indonesia, in October 2002 took the lives of 88 Australian citizens. Since then, the Australian government has stepped up its counter terrorist efforts.

With its interior and far north filled with vast and empty spaces, its massive coastline largely porous, and a scant population barely surpassing that of greater Los Angeles spread largely around the perimeter of a land mass as big as the U.S., Australia faces unique challenges in keeping terrorists at bay.

Australia’s population was built by migration. Because of its original “White Australia” policy, the bulk of the nation’s immigrants up to the mid-20th century came from Britain and Europe. During the heady days of the 1960s, the intelligentsia of the nation exaggerated and publicized myths about the mistreatment of ethnic groups within Australia, and the government’s stance on immigration changed.

In the wake of the Vietnam War, boatloads of Asians penetrated the northern shores of Australia and were absorbed into its society. Buddhist temples, something quite alien to the Australian Judeo-Christian culture, started to pop up around the country.This was later followed by waves of Islamic immigrants from the Middle East. Mosques appeared and the cries of the mullahs were heard ringing out across the cities of Australian suburbs mixing with those of goats being slaughtered in suburban backyards.

By comparison with other nations, Australia’s absorption of ethnic minorities has been relatively smooth. Following federation, generations of Australians came to the nation’s shores from cultures quite foreign to that of their new homeland. Their progeny readily accepted Australian citizenship and, thus, Australian national aspirations—until recently.

Among those arrested on November 8 were Australian citizens. But they are not Australian ethnics. The culture and the religion they practice are foreign to the majority within the nation of their citizenship. They have not assimilated. Like their compatriots in Britain and Europe, they have elected to use the freedoms granted by their citizenship to perpetrate terror on the nation that has granted them a haven from other societies still stuck in a medieval culture of cruelty toward, and deprivation of, their citizenry. Their extremist loyalty to the cause of pan-Islamism via jihad poses a real threat to the nation that feeds, clothes, shelters and educates them, and provides them with a means to make a living.

Strangers Within the Gates

The insurgents arrested in Melbourne and Sydney were charged with participating in paramilitary training in remote areas of Australia, planning to produce bombs and using firearms and funding for their nefarious operations. Although Australian authorities broke this cell before it struck, one is forced to consider just how many other such cells are embedded around this vast island nation.

Over 200 million Muslims populate the Indonesian archipelago, the southern extremity of which lies only 200 miles north of Australia. Any terrorist could find a warm, hospitable haven in this island complex while awaiting safe passage to the land down under.

Yet Australia’s greatest challenge is not so much keeping extremist imams and their terrorist protégés from migrating into the country. The most significant terrorist potential lies within the hearts of extremist Islamic Australian citizens already embedded within that continent—the sons of earlier migrants, who speak with an Aussie twang but who never assimilated into Australian society. This is the stranger within Australia’s gates mentioned in Deuteronomy 28:43!

Match that prophecy with Deuteronomy 32:25, and it is clear to those with a perspective on the biblical identity of Australia, and on prophecy for these times, that the future does not bode well for Australiain respect of this terrorist threat. If you want to know why, turn to Leviticus 26 and read verses 14-16. That’s not a message for the faint-hearted. Nevertheless it’s the binding reality of our day.