In a country with no respect for law, illegal immigrants fit right in. 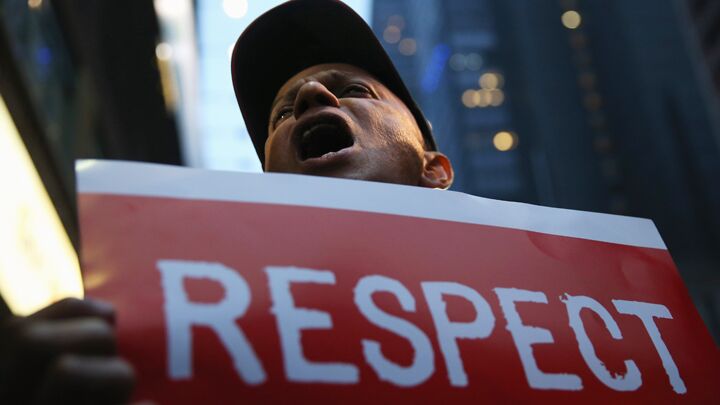 In a country with no respect for law, illegal immigrants fit right in.

Imagine what a fantastic country America would be if everyone acted with a profound respect for law. Illegal drug use would be nonexistent. You wouldn’t need a lock on your door. Those commercials about protecting yourself from identity theft would make no sense at all.

What kind of respect do you have for law? The Trumpet often discusses problems in society that could be cured with one simple change in mentality: respect for law. The Bible always speaks with profound respect for law—whether God’s law or man’s law. A true Christian doesn’t dodge his taxes; rather, he or she will “render therefore unto Caesar the things which are Caesar’s” (Matthew 22:21).

Today, products are available with no purpose other than to circumvent law: radar detectors, programs to remove copy protection from dvds, pirated copies of software, and so on.

One message the mass media clearly, consistently sends is a disrespect for law and authority. Movies, video games and other media often show the criminal as the hero, measuring success by how much money he can steal and how much government property he can destroy doing it. Even the more law-abiding heros still tend to disdain other authority figures.

And when one of those movies is released, pirated copies show up all over the world and all over the Internet within hours—if not before the movie is even in theaters.

In all too many cases, U.S. law can be broken with no fear of repercussion. When the Supreme Court ruled against medical marijuana in June, for example, law enforcement officials said they wouldn’t bother enforcing the ruling, and marijuana suppliers said the ruling would have no effect on their business.

Even the most shallow observation shows that our society does not respect our government as a whole, our leaders as individuals, our laws or our international reputation.

Then we wonder why illegal immigration is so out of control. How can anyone expect an illegal immigrant to respect the law in a country that itself continually disdains the law?

The breaking of law is at the core of the illegal immigration issue. There is often debate about whether crime rates go up because of illegal immigrants. This overlooks the fact that illegal aliens have already broken immigration law. Do we really want people to enter our nation who exhibit, simply by their presence, disrespect for our laws?

Rather than discuss how severe the penalties should be for illegals, politicians discuss which benefits they should be provided. In-state college tuition has been at the center of such debate; so have medical benefits.

Instead, there are generally two appropriate benefits they should be discussing: (1) a monetary penalty and (2) a trip home.

Legal immigration, of course, is a different matter. When people enter a country within the bounds of the law, they belong in our national home and should be treated with all of the hospitality we have to offer. But when people enter the country illegally, they are trespassing.

The truth is, the reason illegal immigration hasn’t been curbed is that the government doesn’t respect its own laws enough to enforce them.

Historically, when disdain for government and law becomes widespread, societies fall. When that happens in the U.S., the result of disrespecting law will be apparent to everyone.

With Bible prophecy as our guide, we can look ahead to the return of Jesus Christ and think about how wonderful society will be when it is under His perfect leadership. And what will make a Christ-led Earth into a utopia? The number-one thing that will revolutionize this Earth is the enforcement of God’s perfect law. Christ’s return would not effect positive change on Earth if He didn’t bring this law with Him—and enforce it!

When Christ does return, every man, woman and child on Earth will find out why King David was inspired to write: “O how love I thy law! it is my meditation all the day” (Psalms 119:97). What a fantastic time that will be!