Is welfare the solution? 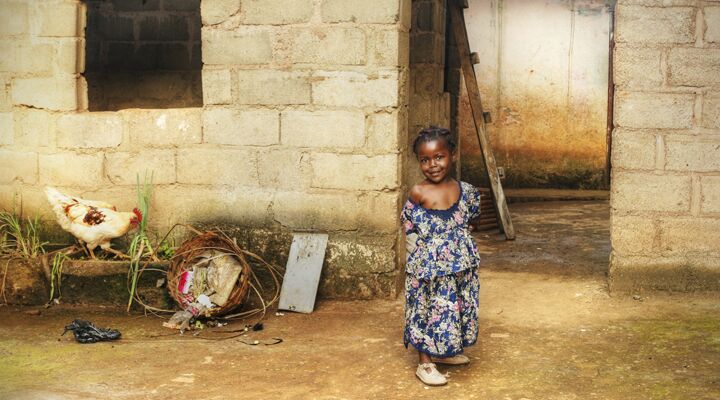 Is welfare the solution?

I always liked government cheese. Government housing was another matter though; there was a definite roach problem and only the one bedroom for two people.

The other kids at school made fun of me endlessly when I wore dark blue government-supplied shoes with three distinctive stripes going down the sides; of course, the other kids only knew what they were deriding because so many of them had received government assistance themselves. We were all, literally, walking in the same shoes.

But as welfare recipients went, we were doing pretty well. My mom and I never really went hungry. I imagine a lot of the people we all saw on television in the aftermath of Hurricane Katrina had experienced a lot worse even before the disaster than we ever did.

Some, like the Washington Times, have said the welfare state in New Orleans helped create the anarchy and chaos we saw after the storm. If that’s true, we should really sit up and take notice. New Orleans isn’t all that unique among U.S. cities.

Louisiana’s pre-disaster unemployment rate was 5.8 percent, up from 5.3 percent at the beginning of the year. The national average is 5.5 percent, so we can see that Louisiana is a fair representation of the entire country. Even worse than the unemployment rate, 12 percent of the national population lives below the poverty line. If we are a compassionate, caring nation, shouldn’t we get to the root cause of poverty and eliminate it?

And yet, how? Many would say the answer is to enlarge the welfare state. But is this a viable solution to the problems of the poor?

Others, perhaps equally compassionate, would say the welfare state should be dismantled altogether so people can learn to take care of themselves.

One thing is for sure: The United States welfare system doesn’t work; thousands of impoverished people stranded on bridges after Katrina struck showed us that.

The Creation of Soft America

A hundred years ago, the United States had no welfare program. The origins of the types of social programs that led to its modern welfare programs lie in the Great Depression. In reaction to the greatest economic disaster in U.S. history, President Franklin Roosevelt sought to stabilize the country, largely by initiating social programs. By 1964, when Lyndon Johnson declared his War on Poverty, social programs in the U.S. were greatly expanding. This had a definite side effect though: what author Michael Barone, in his book Hard America, Soft America, calls the softening of America.

Some parts of our society are what he dubs “Hard”—those that involve competition and accountability. The military by necessity remains firm. Large portions of the economy are and have become more adamantine in the last 20 years, with increased market competition and the success of entrepreneurs leading to the growth of companies like Microsoft, Wal-Mart and General Motors.

But as Barone points out, “Soft America lives off the productivity, creativity and competence of Hard America, and we have the luxury of keeping parts of our society Soft only if we keep enough of it Hard.”

Clearly, U.S. welfare programs are part of Soft America—and not one of the more successful parts. When President Roosevelt created welfare programs, the recipient worked for the check. But as the welfare state grew, welfare receipt required no work and provided more remuneration than some jobs. Thus, incentive to work dropped and dependency on welfare skyrocketed. By 1970 it was financially better to go on welfare than to take a minimum-wage job. Welfare dependency approximately tripled between 1965 and 1975, and remained high into the 1990s. Welfare, rather than helping people out of a bad situation, created a culture of government dependency.

This was especially true in the African-American community. “The problem blacks faced was not that American society was too Hard for them, that they suffered from too much competition and were being held too accountable. The problem was that they were shut out of Hard America altogether, unable to reap the rewards available in a Hard system for those who achieve. The Softening of American society that started in the mid-1960s—the Softening of criminal justice, welfare, racial quotas and preferences, and education—had the effect of confining most blacks to Soft America. They were left unprotected against crime, deterred from forming stable families, deincentivized to achieve” (ibid.).

Human nature—everyone’s human nature—is happy to take a free lunch. To the uneducated and untrained, taking personal responsibility is as difficult as it is important. How much easier is it to allow the government to prop you up—whether you need it or not? It is clear to see how the welfare system becomes a trap for many people.

The Problem With Dependency

When the government in London passed laws to keep prices low for the poor, Benjamin Franklin reacted strongly: “I think the best way of doing good to the poor, is not making them easy in poverty, but leading or driving them out of it. In my youth I traveled much, and I observed in different countries that the more public provisions were made for the poor, the less they provided for themselves, and of course became poorer. And, on the contrary, the less was done for them, the more they did for themselves, and became richer. … In short, you offered a premium for the encouragement of idleness, and you should not now wonder that it has had its effect in the increase of poverty” (The Writings of Benjamin Franklin, Volume 3).

Similarly, when Abraham Lincoln’s own stepbrother asked for a loan, he was denied; rather, Lincoln offered him a matching grant. For every dollar the man earned, Lincoln would match it because he wanted his stepbrother to learn a valuable lesson rather than become dependant on the charity of others.

These great men in American history understood that creating dependency would never have the kind of results anyone—especially the poor—would want.

Today, though, people have come to expect government benefits. Just note the reaction when cuts to Medicare, Social Security and other social programs are suggested. No one wants to give up anything.

Supporters of a welfare state believe, in effect, that people cannot take care of themselves and therefore need the government to do so.

Germany suffered a political crisis this fall because many of the voters simply did not want to tighten their belts. In September, Chancellor Gerhard Schröder’s party, the Social Democrats, did far better in elections than expected. Analysts attributed that to a desire on the part of the German people to hold on to social benefits and worker protections. Associated Press said Schröder was able to revive his campaign by portraying challenger Angela Merkel’s top economic adviser and potential finance minister as “a bogeyman who would destroy the social welfare state” (September 12).

Like Benjamin Franklin observed, when the government takes care of people, many don’t even try to take care of themselves.

It cannot be denied, however, that there is a negative effect on the economy as a direct result of welfare. After all, as columnist Michael Hurd observed, businesses cannot sell something the government gives away for free.

Perhaps the worst effect of the welfare state has been on the American family. In his 1992 book The Tragedy of American Compassion, Professor Marvin Olasky showed that more women were married prior to 1960. Eighty-five percent of teenage mothers were married by the time their babies were born in the 1950s. Once the welfare state reached full swing, however, some women saw a welfare check as an alternative to a male paycheck and a father in the home. Accompanying the rise in welfare was a dramatic rise in single motherhood.

People often expect something for nothing. But worse than that, too many are willing to manipulate the system. I remember all too well that my home town had improvised store fronts set up to sell non-consumable products—clothes, books, televisions, etc.—in exchange for food stamps, certainly an illegal use of the food stamps and an abuse of an already deeply flawed system.

There is no doubt that this problem of welfare dependency was—and is—reversible. In fact, the problem is nowhere near as pronounced as it once was.

In Wisconsin, changes to the welfare laws brought the number of recipients down by over 90 percent in the early 1990s. Similar initiatives succeeded in Indiana, Michigan and New York.

The biggest impact came when the national welfare laws were changed in 1996, resulting in a drop from 14.2 million welfare recipients in 1993 to 5.4 million in 2001. The main difference: a five-year limit on the receipt of welfare benefits.

Barone gives an account of people changing their minds about applying for welfare: “In Fond du Lac County, I saw women walk out the door when the five-year limit was explained to them: better not to use up the benefits now, but to save them up for when they might really be needed, and go out and get a job” (op. cit.).

What is God’s view on welfare? Believe it or not, He commands it.

God gave the Israelites a specific command regarding welfare: “And the Levite … and the stranger, and the fatherless, and the widow, which are within thy gates, shall come, and shall eat and be satisfied; that the Lord thy God may bless thee in all the work of thine hand which thou doest” (Deuteronomy 14:29). God does expect us to take care of widows and orphans; He has special provisions in the Bible to take care of those who cannot care for themselves. James 1:27 tells us that visiting the fatherless and the widows in their affliction is pure religion.

It may surprise some to learn, though, that there is no similar provision for the poor. Rather, God says if an impoverished man needs help, we should lend him what he needs—without interest: “If there be among you a poor man of one of thy brethren … thou shalt open thine hand wide unto him, and shalt surely lend him sufficient for his need, in that which he wanteth” (Deuteronomy 15:7-8). God’s way helps the man get back on his feet as a productive member of society. That’s the kind of welfare that benefits everyone involved.

God’s method of welfare is an expression of outflowing concern for our fellow man. It provides for those who cannot provide for themselves—widows and orphans—and provides a means of helping people in times of emergency.

If a society were living by God’s laws, that is how the welfare system would work—and society would prosper.

God wants us to be prosperous. He inspired the Apostle John to write: “Beloved, I wish above all things that thou mayest prosper and be in health, even as thy soul prospereth” (3 John 2).

In order to receive those financial blessings, though, God expects everyone to work if they are able: “If anyone will not work, neither shall he eat” (2 Thessalonians 3:10). When we do work diligently and obey God’s financial laws, He rewards us accordingly—as anyone who follows God’s laws can attest.

The time when everyone will live the right way—the way that brings every kind of blessing—is not very far off!