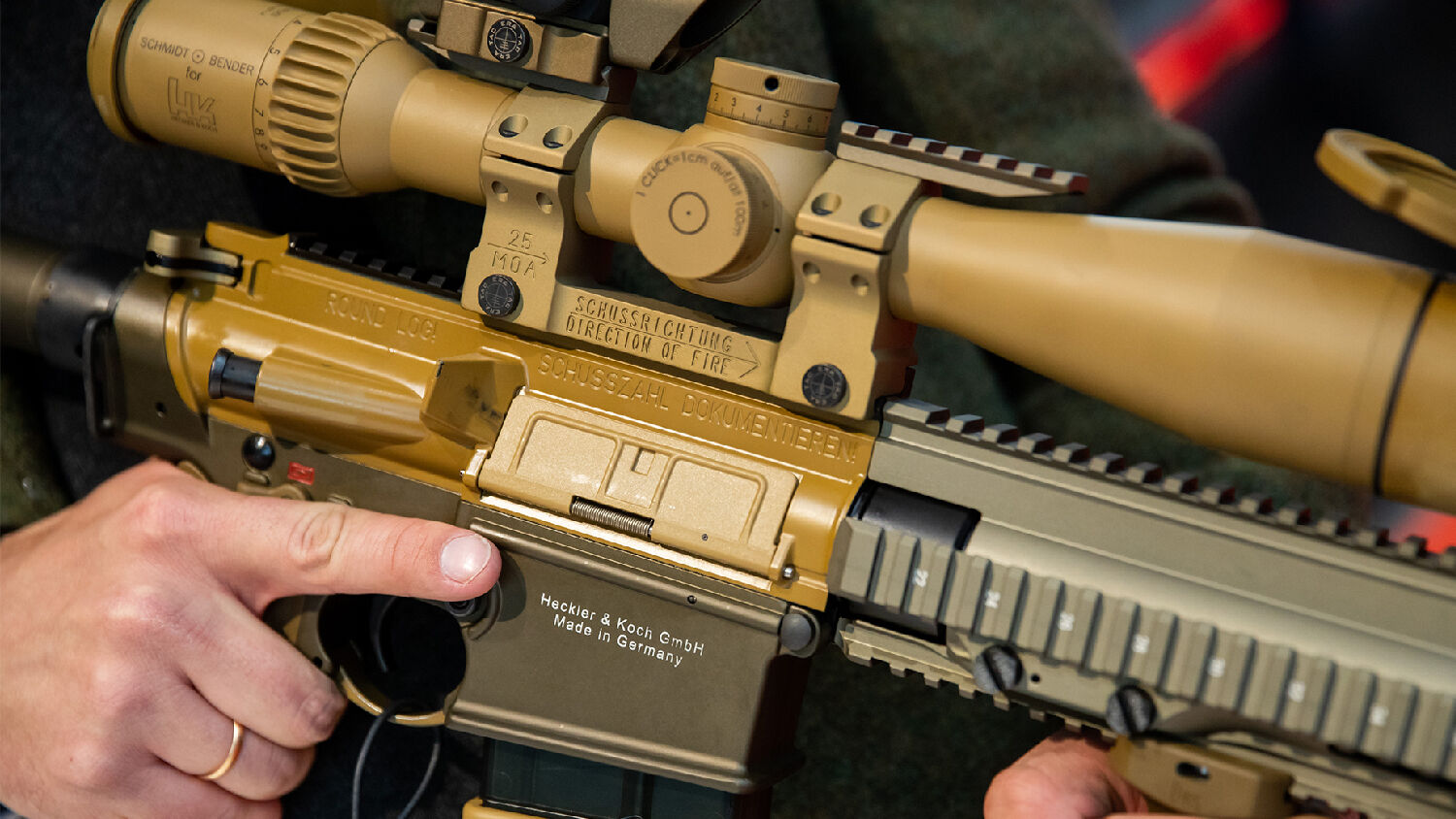 Even without Saudi Arabia as a customer, German weapons exports are flowing into the Arab world.

Germany is the fourth-largest exporter of armaments in the world, according to figures released by the Stockholm International Peace Research Institute (sipri) on March 11.

Combining the arms exports of all European Union nations ranks Europe second, behind the U.S. According to German-Foreign-Policy.com, “The alleged EU peace force thus occupies the second place in the ranking of the largest arms exporters after the U.S.—with over a quarter of all shipments worldwide” (Trumpet translation throughout). The analysis points out that third and fourth place repeatedly switch between the two major EU nations, meaning Germany is very close to being the world’s third-largest arms exporter. It could easily occupy third place in the coming months.

Germany officially stopped exporting arms to Saudi Arabia in November 2018, citing the killing of journalist Jamal Khashoggi, which was allegedly ordered by the Saudi government. Even after losing this profitable customer, German weapons sales have remained strong, at least temporarily.

Eurofighter shipments also continue moving forward through indirect means. “The real share of German arms production is still slightly higher than the value calculated by sipri, since the export of Eurofighter jets to Saudi Arabia and Oman is handled via London,” wrote German-Foreign-Policy.com.

Although Germany is punishing Saudi Arabia for the killing of Kashoggi, it continues to supply other Arab nations. “Russia, France and Germany dramatically increased their arms sales to Egypt in the past five years,” wrote Pieter D. Wezeman, a senior researcher at sipri.

As France cooperates more closely on military matters with Germany, the official distinctions between who is actually arming the Arab states begins to fade. France itself is selling Rafale fighter jets and their armaments to Qatar. “Weapons from the U.S.A., the United Kingdom and France are in high demand in the Gulf region, where conflicts and tensions are rife,” wrote Wezeman.

European nations sell aircraft, submarines, frigates, tanks, armored personnel carriers, missiles, radar systems and other equipment to the Arab nations. According to sipri, the volume of these sales is increasing. Analysts have proffered many reasons for this lucrative arms trade. But more importantly, Bible prophecy—which foretold this increasing trend thousands of years ago—describes this German-Arab relationship.

Psalm 83 shows that Germany (which is descended from ancient Assyria) will ally with Arab nations in the end time. How do we know this alliance is prophesied for the end time? Trumpet editor in chief Gerald Flurry wrote in “A Mysterious Prophecy”:

The German-Arab alliance is building before our eyes, and it points to another growing alliance: radical Islam, led by Iran. As Chapter 2 of Mr. Flurry’s booklet The King of the South explains, Germany and the Arab nations of Psalm 83 will clash with the Iran-led power. This will spark a violent confrontation, escalating into what the Bible describes as the worst time of suffering ever, which will spread through the entire world. Yet soon after Psalm 83 is fulfilled, Jesus Christ will return to put an end to war and begin a new world of peace. To read more about how these dynamic prophecies are being fulfilled right now, request your free copy of The King of the South, by Gerald Flurry, and read “A Mysterious Prophecy.”