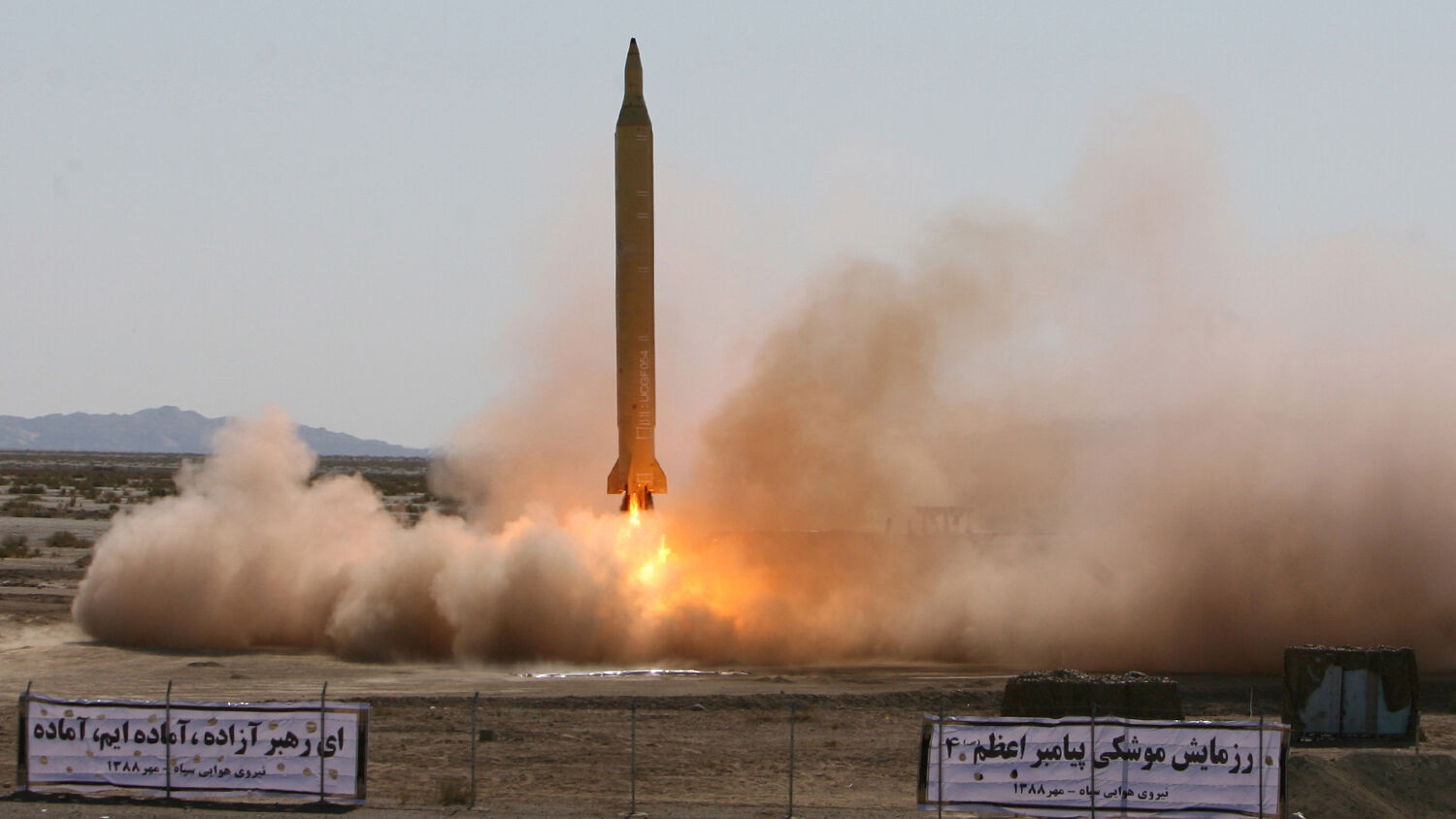 An Iranian long-range Shahab-3 missile is fired in desert terrain at an unspecified location in Iran on Sept. 28, 2009.
SHAIEGAN/AFP/Getty Images

The mindset of a short-sighted nuclear watchdog

Winston Churchill thundered to the British House of Commons in 1948, “Those who fail to learn from history are condemned to repeat it.” Today, an organization charged with safeguarding world-destroying nuclear technology faces this condemnation.

From its home in Vienna, the International Atomic Energy Agency (iaea) is supposed to keep tabs on Iran. For almost four years, specialists from more than 100 countries have scrutinized Iran, tracking Iran’s commitment to the Joint Comprehensive Plan of Action (jcpoa). Furthermore, the iaea is charged with monitoring Iran’s compliance with the Nuclear Non-Proliferation Treaty.

Time and again the watchdog has restated that Iran is complying with the jcpoa. And every time, the world breathes a collective sigh of relief. But this shouldn’t be any cause for celebration. Abiding by the jcpoa doesn’t mean Iran is now the dazzling paragon of non-proliferation. But remarkably, that is how the iaea sees Iran. However, history proves that it is Iran’s attitude to be diametrically opposite. There is a dangerous flaw in how the iaea perceives Iran, and it could lead to nuclear disaster.

During a March 4 press conference, iaea Director General Yukia Amano exposed this flaw. When asked about Iran’s history of trying to develop a nuclear bomb, Amano said, “I do not speak of it.”

Amano noted that formal resolutions issued by the watchdog allowed for investigation back to 2015, but no earlier. The iaea will only focus on checking Iran’s current commitments made under the jcpoa. It couldn’t care less what happened before that deal. This is despite the fact that the iaea’s purpose is to monitor obedience to the Nuclear Non-Proliferation Treaty. This core duty means taking into account far more than just the past four years.

Ignoring almost 40 years of a radical extremist past leaves the iaea with a distorted view of the clear and present danger.

And it is no easy task to forget Iran’s misdemeanours! To do so, the iaea has to sweep an absolute mountain of nuclear evidence under the rug.

Here are a few things the iaea is now choosing to forget.

In January last year, Israel announced a stunning intelligence-gathering operation in Tehran. The mission had led to the seizure of 55,000 pages and another 55,000 files on 188 cds. The stockpile included files that discuss Iran’s work to acquire the bomb long before 2015.

On September 27, Israeli Prime Minister Benjamin Netanyahu revealed that “Iran has another secret facility in Tehran.” This facility was described as an “atomic warehouse for sorting massive amounts of equipment and material from Iran’s secret nuclear weapons program.” Many of these materials would have been manufactured before 2015.

Both events occurred last year. Both point to years of pre-2015 nuclear weapons development. Both are being ignored by the nuclear watchdog! The underground facilities, the scrubbed installations, the heavy water facility at Arak, the ongoing ballistic weapons development, the constant anti-Semitic and anti-Western vitriol. All is forgotten. History is forgotten.

In 2006, Trumpet editor in chief Gerald Flurry wrote, “History prophesies the fate of nations, whether they will thrive or collapse! This is a ‘law of history.’ It is not about luck or happenstance. It is a law of history. If we break that law, the law breaks us!”

Dismissing Iran’s history could yet bring about this “breaking” on the world. Just because the watchdog doesn’t bark, it doesn’t mean the nuclear threat doesn’t exist.

Notice what Mr. Flurry wrote in September 2015 after Iran signed off on the jcpoa. “Can we expect a deal with such a nation to make the world safer? History can help us answer that question. Experience is an excellent teacher, if we are willing to learn from it.”

And yet the iaea—charged with containing the spread of nuclear weapons—refuses to learn from history. Even worse, it is choosing to completely ignore it!

Mr. Flurry drew a parallel between the jcpoa and pre-World War ii Britain. British Prime Minister Neville Chamberlain and many in Britain were fooled by Hitler’s disingenuous overtures toward peace. Winston Churchill wasn’t taken in. He saw through Germany’s paper-signing charades. He knew what the Germans were capable of! Churchill wanted to stir Britain to a “martial vigor.” He wanted to confront Hitler, not kowtow to him in meaningless treaties.

Why was Churchill so different? He knew history! He once told United States presidential speechwriter James Humes, “Study history, study history. In history lies all the secrets of statecraft.”

What about us? Do we have a firm understanding of Iran’s history? Do we see bellicose terror-sponsoring Iran for what it is—not what the iaea and mainstream media wants it to be?

Our life may very well depend on it!

Prophecies in Daniel 11 and elsewhere discuss Iran’s rise to power and the oncoming scourge of nuclear warfare. God promises a way for individuals to avoid this fate! “Watch ye therefore, and pray always, that ye may be accounted worthy to escape all these things that shall come to pass, and to stand before the Son of man” (Luke 21:36)

If we see Iran for what it is—the prophesied king of the south (Daniel 11:40)—that should motivate us to watch and pray. If you need a better grasp of Iran’s history and its future, read our free booklet The King of the South.

The iaea is charged with monitoring Iran’s nuclear program. But by choosing to ignore Iran’s history, the nuclear watchdog is condemning itself to be duped by this nuclear-ambitious nation. The result is a world with a false sense of security stumbling toward a nuclear atrocity.