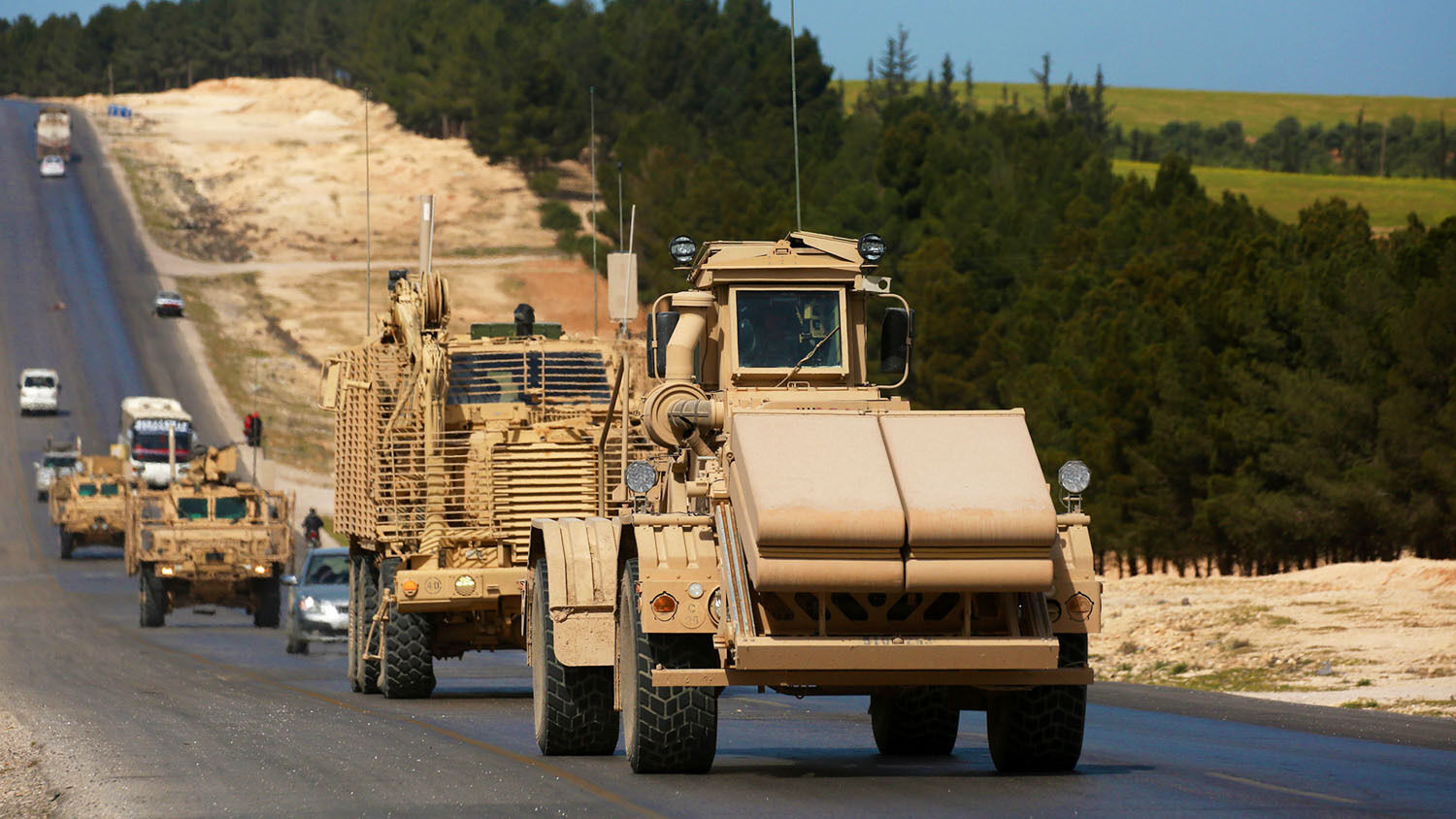 A small but important American peacekeeping force allows the European military to pick up where America left off.

The peacekeeping force was announced after a phone conversation between President Trump and Turkish President Recep Tayyip Erdoğan, during which both leaders agreed to “continue coordinating on the creation of a potential safe zone,” according to a White House statement. No official statements have yet been made on how long the peacekeepers will stay in Syria or where they will be based.

Some welcomed the decision as a sign that the president realizes that the Islamic State is not fully defeated and that America is still committed and ready to prevent a repeat of 2014. However, the decision is about more than just another extension of America’s deployment in Syria. This is an open invitation for Europe to enter the region and take over where the U.S. is withdrawing.

Reuters reported that “leaving even a small group of U.S. troops in Syria could pave the way for European allies to commit hundreds of troops” under the auspices of the U.S. and an internationally recognized safe zone.

European nations so far have refused to get involved in Syria without a stronger commitment from the U.S. “Until now, European allies have balked at providing troops unless they received a firm commitment that Washington was still committed to the region,” said Reuters. A mere 200 American soldiers in all of Syria may not seem like enough to reassure cautious European defense ministers; however, even a small number of soldiers can act as a vital deterrent against further terrorist action. Attacking American troops carries huge risk and would likely provoke serious retaliation from American forces and allies.

America’s presence, combined with a potential safe zone recognized by Turkey, will make it much easier for European nations to justify sending troops to Syria.

In this situation, the U.S. will get what it wants—dramatically reduced involvement in Syria—while leaving enough troops to reassure Europe that it will not be abandoned. Although the peacekeeping force is small, “even this small presence should grant the American people at least a degree of hope that we do not intend to either squander hard-won battlefield gains or abandon allies who paid for those gains in blood,” wrote National Review. “If Trump’s 200 can reassure American allies, incentivize allied deployments, and help keep a military boot on [the Islamic State’s] neck, then it will be one of the more cost-effective and wise decisions of his presidency.”

Now it is up to Europe to accept the deal.

So far, European defense ministers have refused to commit troops to Syria without more assurance that the U.S. remains committed. Most analysts consider Europe’s typically cautious approach and say that a major troop commitment to Syria is unlikely.

This will not always be the case, especially as America continues to withdraw. Europe will soon be forced to either take control in Syria or sit back and watch as Turkey, Iran, Russia and various proxies continue vying for control.

Most importantly, a source more authoritative than even the most well-informed human speculation says Europe will ultimately end up in control of Syria.

In “A Mysterious Prophecy,” Trumpet editor in chief Gerald Flurry wrote about a European alliance with Middle Eastern nations described in Psalm 83. Though recorded thousands of years ago, this passage describes geopolitical realities appearing today.

“For they have consulted together with one consent: they are confederate against thee: The tabernacles of Edom, and the Ishmaelites; of Moab, and the Hagarenes; Gebal, and Ammon, and Amalek; the Philistines with the inhabitants of Tyre [Lebanon]; Assur [Assyria or Germany] also is joined with them: they have holpen the children of Lot. Selah” (verses 5-8).

Explaining the meaning of this alliance, Mr. Flurry wrote:

Psalm 83 tells us the nations that will not be allied with Iran when Germany and Europe conquer that nation and radical Islam.

This alliance never occurred anciently. It is a prophecy meant to be understood in our day. European nations already have a tie with Saudi Arabia with its weapons exports to the nation; now, the U.S. is providing Europe with an open invitation into Syria.

America’s retreat is empowering Europe, and Bible prophecy shows that this Psalm 83 alliance will ultimately lead to war, changing the world you live in. To understand why you should be watching this trend, read Mr. Flurry’s article “A Mysterious Prophecy.”