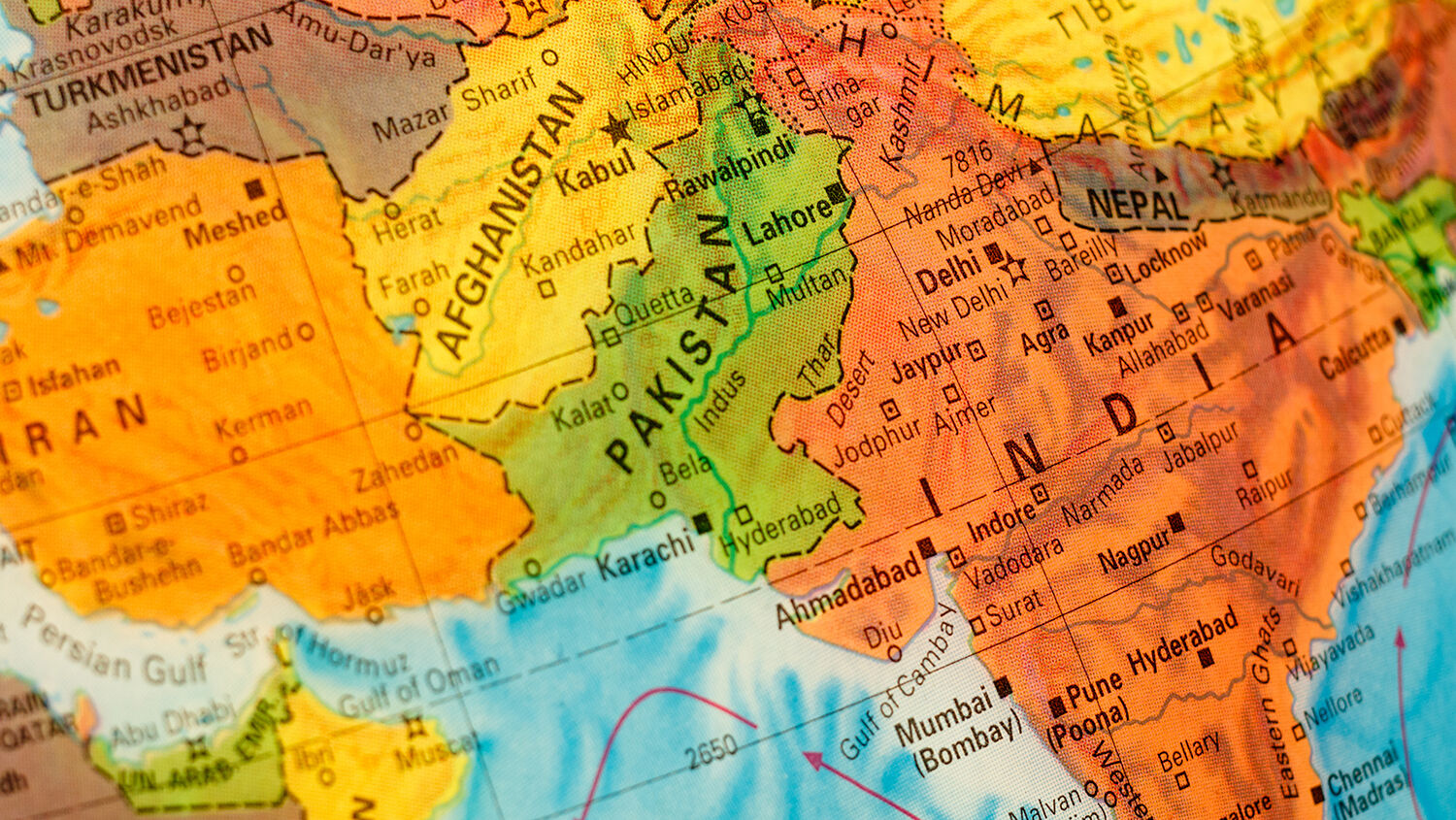 Bible prophecy gives a detailed description of the spark that will ignite the next and final world war.

Tensions between India and Pakistan are rapidly escalating, and some analysts are saying that since both nations have nuclear arsenals, it could ignite World War iii.

Here are some headlines from the last couple of days:

Are these analysts overreacting? Or will time prove their forecasts right? At the Trumpet, we study such questions relying on a different intelligence source than other publications. We examine them through the lens of Bible prophecy.

Around one third of the Bible consists of prophecies, which are forecasts of what the future holds. And a sizable percentage of those prophecies contain details about a third and final world war: what will ignite it, who the main players will be, what types of weaponry they will use, where critical battles will take place, and more. Prophecy also discloses how that war will conclude.

When Jesus Christ’s disciples asked Him what the sign of “the end of the world” would be (Matthew 24:3), He gave a detailed answer. He said prior to His return, religious deception would mislead many, “wars and rumors of wars” would abound, and there would be “famines, and pestilences, and earthquakes” (verses 4-7). He said these would be early-warning indicators, but would not mean the end of the age of man is imminent.

Then Christ discusses an event that would signal the imminent end of the age: “For there will be greater anguish than at any time since the world began. And it will never be so great again. In fact, unless that time of calamity is shortened, not a single person will survive …” (verses 21-22; New Living Translation).

When Christ spoke these words, a global war that could threaten to end all human life was not yet technologically possible. But around 1955, a major milestone was crossed: Increased prevalence of nuclear weapons made a war capable of ending all human life possible—even dangerously probable.

Today, nations continue to hold each other at nuclear gunpoint. This shows that some key Bible prophecies about World War iii could only be possible in the modern nuclear age. This shows the “time of calamity” prophesied in Matthew 24:21-22 refers to what we now call World War iii.

Daniel 11 provides details about who the main powers in this civilization-destroying world war will be.

This conflict will rattle the world.

Luke 21 records more details from the conversation between Christ and His disciples. In verses 20-22, Jesus describes an event that will happen just before the outbreak of the final world war that threatens all human life: “And when ye shall see Jerusalem compassed with armies, then know that the desolation thereof is nigh. … For these be the days of vengeance, that all things which are written may be fulfilled.”

Matthew 24 also describes Jerusalem being surrounded by multiple armies, labeling it “the abomination of desolation … in the holy place” (verse 15).

The prophesied push by Iran against a united Europe discussed in Daniel 11:40 is closely connected to this time when armies surround Jerusalem.

Mr. Flurry explained the connection between the two events in his article “The Whirlwind Prophecy” from the July 2013 Trumpet issue.

“Study Daniel’s prophecy more deeply, and you see Jerusalem right in the middle of it,” he wrote. He went on to say that the push by the king of the south against the king of the north could happen in the city of Jerusalem. “Does it have something to do with radical Islam attacking or controlling a site owned by the Catholics?” he asked. Several of Catholicism’s holiest sites are located in Jerusalem, so it is not difficult to envision such an event occurring, and how aggressively the Europeans would react to it.

Whatever the exact details of that “push” turn out to be, the Scriptures reveal that it ties into the armies surrounding Jerusalem, and that it will escalate into nuclear world war.

So Bible prophecy is clear. It will not be New Delhi or Islamabad or Kashmir or any other city that the armies of the world will surround in the lead-up to World War iii. It will be Jerusalem.

Pakistan, India, Armageddon and Beyond

This does not mean that we should be blithe about the escalating violence between India and Pakistan. These two nuclear-armed nations have fought four wars since splitting apart from each other in 1947 and have nearly come to blows on several other occasions. Nationalism is sharply rising in both countries, and there is nothing in Bible prophecy saying another war between them will not take place.

If such a conflict does erupt, it would contribute to the “wars and rumors of wars” that Christ warned would occur before the Third World War breaks out. But prophecy shows that it will not be the spark that ignites World War iii.

Prophecy shows that India and Pakistan will likely be assimilated into “the kings of the east” power bloc (Revelation 16:12), which is prophesied to play a major role in World War iii. This bloc will be led by Russia, with China in a secondary leadership position. Many other Asian nations will be aligned with it. (Read Ezekiel 38:5-6 and our article “The Other Asian Powerhouse: India.”) This means that all the missiles and nuclear weaponry that India and Pakistan have developed will contribute to the unprecedented devastation to occur during the prophesied Third World War. But prophecies such as that recorded in Daniel 11:44 show that this will occur later in the global conflict, not at the beginning.

Altogether, this shows that even though the currently escalating India-Pakistan tensions will not be the spark that ignites world war, we should still view the danger soberly. It should cause us to consider the Bible’s prophecies of a nuclear world war, and to see that they are coming closer to fulfillment.

God instructs His people in Luke 21:36 to be vigilant about watching world news and how events fulfill Bible prophecies: “Watch ye therefore, and pray always, that ye may be accounted worthy to escape all these things that shall come to pass, and to stand before the Son of man.”

The evidence today shows that World War iii is quickly approaching. But the Bible’s prophecies do not end with nuclear war eradicating mankind.

In Matthew 24:21-22, just after Christ says that the war at the end of this age will be so violent that it could kill all human life, He then adds an important statement: “But it will be shortened” (nlt).

World War iii will be interrupted by Christ’s return!

In his booklet Nuclear Armageddon Is ‘At the Door,’ Mr. Flurry writes about this game-changing interruption:

Revelation 19:11-16 describe the scene as Christ returns to assume His office as King of kings, ruling over India, Pakistan, Kashmir and the entire Earth. On the topic of this age of harmony, Isaiah 2:4 says: “[N]ation shall not lift up sword against nation, neither shall they learn war any more.”

Knowing how near that peaceful future is can provide us with a perspective that fills us with hope.

To learn more about the prophetic significance of the rising nuclear tensions around the world, and the hope that is ultimately tied into these trends, order your free copy of Nuclear Armageddon Is ‘At the Door.’