Sodom and Gomorrah—cities utterly destroyed by fire from heaven. So says your Bible.

And now, so says archaeology.

The biblical account is far from being merely a fable, however. Scientists have now found evidence of a catastrophic event unmistakably akin to the one described in the book of Genesis.

From Paradise to Sheol

The Dead Sea zone was once home to a thriving civilization—particularly the cities of Sodom and Gomorrah, according to the Bible. Genesis 13:10 describes the location as a veritable “garden of the Lord,” “well watered every where.”

Archaeology has revealed flourishing prosperity in this area—right up until it came to a sudden, jarring end around 3,700 years ago. This is the same period at which the Bible places the “fire and brimstone” destruction. In the centuries following this abrupt end of civilization, the territory has remained lifeless and uncultivatable. To this day it is utterly saline and quite literally dead.

According to the Bible, because of the widespread evil in Sodom, God condemned it to fiery destruction, sparing only Lot and his family. “Then the Lord rained upon Sodom and upon Gomorrah brimstone and fire from the Lord out of heaven; And he overthrew those cities, and all the plain, and all the inhabitants of the cities, and that which grew upon the ground” (Genesis 19:24-25).

God demolished the terrain, and fused Lot’s wife into salt after she looked back longingly at the city. The Bible associates salt with total destruction; for example, after Shechem was conquered, salt was scattered throughout the city (Judges 9:45). Appropriately, the area is home to what is known as the Salt Sea (Dead Sea), the world’s deepest hypersaline lake—10 times saltier than the ocean.

Jordan’s Tall el-Hammam is a possible location of biblical Sodom. Excavations there have revealed utter destruction and an instantaneous end of civilization, dating roughly to the 1700s b.c. More destruction was found at five nearby excavated sites, and indicated by ground surveys at 120 other, smaller settlements in the region. Excavation director Prof. Phillip Silvia recorded his team’s discoveries in a detailed analysis: “The 3.7kaBP Middle Ghor Event: Catastrophic Termination of a Bronze Age Civilization.“ The details are almost incredible.

Mud brick structures were found to have suddenly disappeared, leaving only burned stone foundations. Bricks showed signs of incineration. Skeletons lay mangled. Clay pottery fragments were discovered to have melted into glass. Zircon crystals in the pottery, upon analysis, were shown to have formed within one second, the result of superheating to temperatures perhaps as hot as the surface of the sun. A “tidal wave” of boiling hot salt had swept over the land. There was evidence that mineral grains had rained down, carried by scorching, high-force winds. Ash and debris, several feet thick, were left behind within the wider 193-square-mile area of destruction—a scene of utter carnage of biblical proportions. The estimated regional population of 40,000 to 65,000 people would have been killed instantly by the strange event.

What caused such a catastrophe?

Silvia’s team of scientists working at Tall el-Hammam has estimated that the scene of devastation was caused by an exploding meteor. They base this hypothesis on a massive airburst that occurred in 1908 in Siberia, leveling 772 square miles of forest yet leaving no crater. Scientists’ best guess at what caused this Russian blast was a meteor breaking apart three to six miles above ground. In 2013, a fiery meteor streaked across Russia, causing explosions and injuring hundreds. The Tall el-Hammam scientists posit that a similar event must have occurred around 3,700 years ago, causing a dramatic fireball, a superheated air blast, and a fallout that wiped out the region below.

Based on research by atomic energy researcher Samuel Gladstone, the Tall el-Hammam scientists have estimated that a 10-megaton airburst yield in the atmosphere would have been sufficient to cause the destruction evidenced on the ground. That is just over 666 times the blast yield of the atomic bomb dropped on Hiroshima.

While scientists can debate whether or not such extraordinary destruction was caused by a meteor-type event or other heavenly phenomena, what is not debatable is the effect. And that destruction—in location, time and description—directly matches the biblical event.

To this point, archaeology has confirmed dozens of personalities in the Hebrew Bible (53, according to this count), dozens of places, dozens of wars, etc. Here, at the northern tip of the Dead Sea, we have scientific corroboration for a biblical miracle. The New Living Translation of verses 24-28 read: “Then the Lord rained down fire and burning sulfur from the sky on Sodom and Gomorrah. He utterly destroyed them, along with the other cities and villages of the plain, wiping out all the people and every bit of vegetation. But Lot’s wife looked back as she was following behind him, and she turned into a pillar of salt. Abraham got up early that morning and hurried out to the place where he had stood in the Lord’s presence. He looked out across the plain toward Sodom and Gomorrah and watched as columns of smoke rose from the cities like smoke from a furnace.”

The finds at Tall el-Hammam and the surrounding area have confirmed just such an event. Some kind of heavenly firestorm instantly incinerated not only the cities of Sodom and Gomorrah, but all the “other cities and villages of the plain,” carbonizing them with temperatures perhaps akin to the surface of the sun. “[E]very bit of vegetation” was wiped out, and evidence shows that the land remained uncultivable and inhospitable for the next 500 years (see also Deuteronomy 29:23). Even today, the region remains synonymous with death.

Given that much of the area was blanketed in boiling salt in the conflagration, it’s not surprising that Lot’s wife would also be cemented into a superheated column of salt for her sin of looking back in longing for the depraved cities. And certainly, the damage would have created billowing clouds of smoke visible for hundreds of miles around—such as what Abraham saw.

Why the utter destruction of Sodom and Gomorrah? For thousands of years, it was believed that the cities were destroyed primarily for their sexual sins, especially homosexuality. However, due to the current popularity of homosexuality, some biblical apologists argue otherwise. They posit an alternative interpretation: that the prime sin of Sodom was the lack of hospitality toward foreigners.

Does this explain why Sodom and Gomorrah, above all cities on Earth, were wiped out? What about those like the Assyrians, who lined city walls with the heads and skins of foreigners? Why weren’t they destroyed by a nuclear-like fireball?

Several scriptures make clear Sodom and Gomorrah were glutted with sexual sin—especially homosexual sin—and that this specific sin is directly related to the fiery conflagration. The context of Genesis 19 makes this clear. The men of the city demanded that Lot send his “male” guests out to them, “that we may know them” (verse 5), referring to sexual relations. This wasn’t just one or two men. This was “the men of the city, even the men of Sodom, compassed the house round, both old and young, all the people from every quarter” (verse 4). Lot refused, and offered instead his virgin daughters to the mob, girls “which have not known man … and do ye to them as is good in your eyes” (verse 8). The context makes clear what the men of the city wanted. The Moffatt translation (among others) renders verse 5: “Where are the men who came to visit you tonight? Bring them out to us that we may rape them.”

As a result of this exchange, the angels who were with Lot blinded the men outside his home—and still the sex-crazed men grappled for the door (verse 11).

Today’s world is fast approaching—or has already surpassed, in many cases—the saturation point of sin prevalent in Sodom and Gomorrah, especially in sexual sin. Isaiah 3:8-9, speaking of our time, condemn our people who proudly “declare their sin as Sodom, they hide it not.” Never in history has sodomy been so openly celebrated.

The idea that homosexuality isn’t a sin contravenes several other scriptures that condemn the practice (e.g., Leviticus 18:22; 20:13). “Even as Sodom and Gomorrha, and the cities about them in like manner, giving themselves over to fornication, and going after strange flesh, are set forth for an example, suffering the vengeance of eternal fire” (Jude 7). These are the chief sins identified with Sodom and Gomorrah—sexual sins—going after strange flesh. Of course, this was concurrent with many other sins that contributed to their downfall. The Prophet Ezekiel wrote of Sodom and “her daughters”: “They were haughty and practiced abominable deeds” (Ezekiel 16:49-50; New English Translation).

The mortal danger of such sin is not only to those directly engaged in it, but to those exposed to it. The attitude of “as long as it doesn’t affect me” is dangerous, as Lot found out the hard way. He detested the sins of the city, but the gross sexual immorality had rubbed off on his family—to the point that his betrothed sons-in-law refused to escape, his wife looked back longingly at the city as they fled, and his own two daughters raped him soon afterward in order to conceive children (Genesis 19). Such actions by Lot’s daughters certainly aren’t the result of a mere “lack of hospitality” rubbing off on them. They are the result of growing up in a society saturated in sexual sin.

Today’s world is fast approaching—or has already surpassed, in many cases—the saturation point of sin prevalent in Sodom and Gomorrah, especially in sexual sin. Isaiah 3:8-9, speaking of our time, condemn our people who proudly “declare their sin as Sodom, they hide it not.” Never in history has sodomy been so openly celebrated.

Homosexuality does go beyond affecting those who directly engage in it. Your Bible says society’s sins are leading to another “fire and brimstone” event—this time worldwide. This coming calamity is going to be “greater than the punishment of the sin of Sodom” (Lamentations 4:6).

Not only does the Bible present a witness of fiery judgment for sin, so too does archaeology. Perhaps these recent discoveries are actually an omen of what is soon to come upon us. 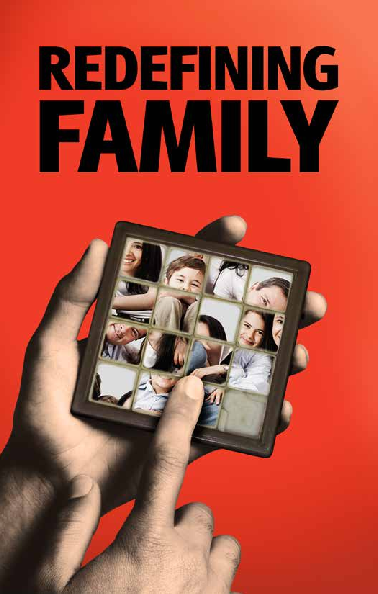 Redefining Family
There is a deadly deceit behind same-sex ‘marriage’—and it revolves around man’s most inspiring hope.
From The April 2019 Philadelphia Trumpet
View Issue FREE Subscription
Next
Previous