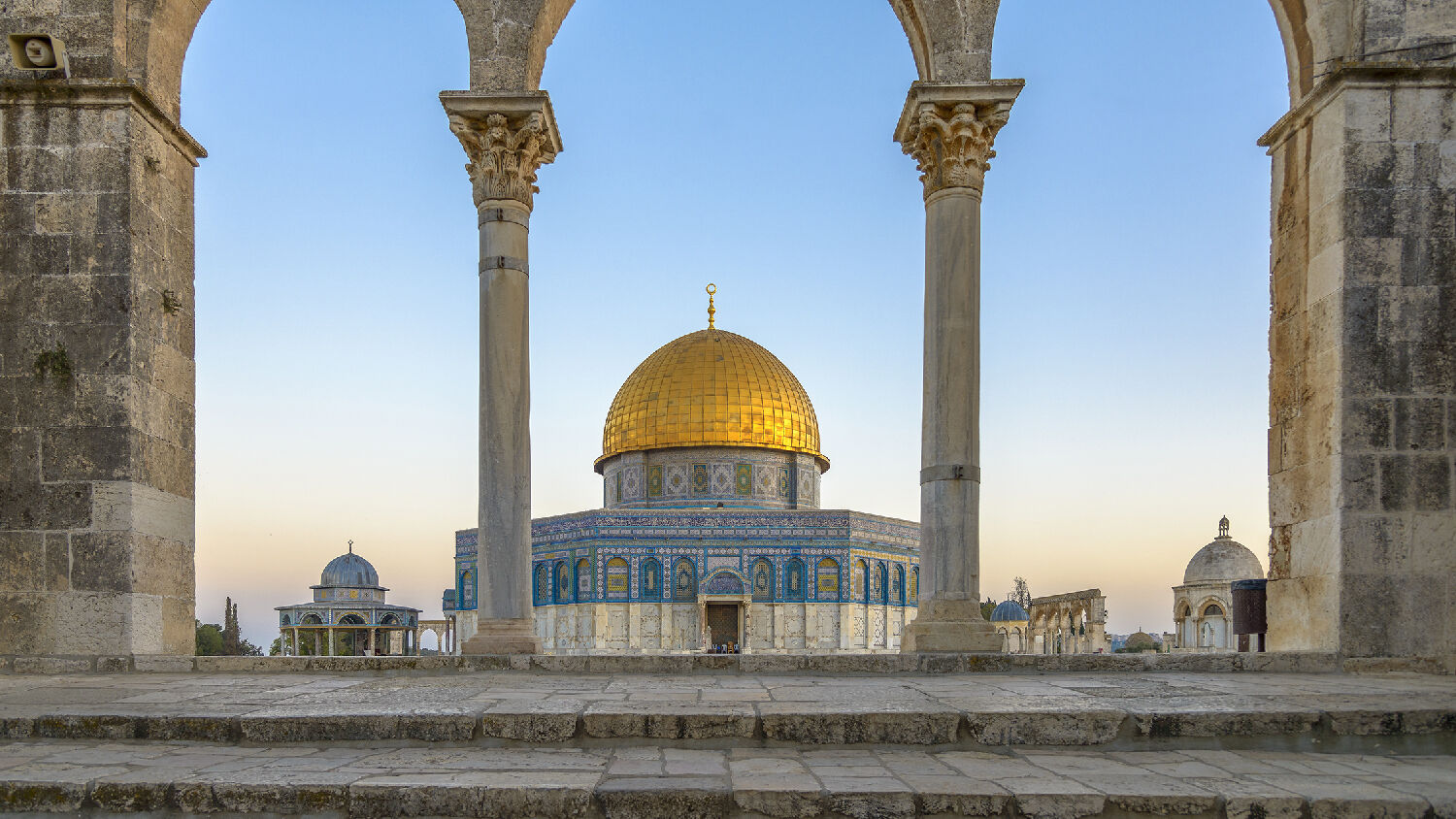 jerusalem
Last Thursday, the status quo on the Temple Mount was subtly changed: Jordan admitted several high-level Palestinian officials to the Islamic Waqf, the organization that oversees the day-to-day running of the religious compound.

Traditionally, the Waqf has been operated solely by Jordan-aligned officials as directed by the Oslo Accords and implied in the 1994 Peace Treaty with Jordan. Now, seven senior officials from the Fatah-led Palestinian Authority (PA) and local Muslim leaders will be part of the 18-member decision-making body controlling the Temple Mount, arguably the most politically volatile location on Earth.

While Palestinian groups have had various levels of influence on the Temple Mount, this is the first time that PA officials will be part of the legitimate authority.

Predictably, the effects of including the PA in the Waqf were immediately felt.

Directly following their inaugural meeting on February 14, the 18-member group ascended to the Temple Mount and illegally entered a long-closed area known as the Bab al-Rahma in order to pray. The area, which is just inside the long-sealed Golden Gate, was closed by Israeli police in 2003 over the destruction of antiquities, illegal construction, and connections to the Hamas terrorist group.

The Waqf has long desired to reopen the area and decided on Sunday to move in with their prayer rugs.

The back-and-forth between Israeli authorities, Jordan and the Waqf this week highlights the weakened Israeli position and the growing Arab sovereignty on the Temple Mount.

In response to the incursion, Israel intended to interrogate the lead Waqf official on Friday, but was petitioned by the Jordanian government not to bother. Israel obliged.

On Sunday, Israeli authorities decided to chain the entrance to the Bab al-Rahma to prevent others from entering.

By Monday morning, the now PA-affiliated Waqf summoned Muslims to converge on the area adjacent to the closed area to pray. Naturally, it didn’t take long before the gates were kicked down by a mob of Palestinians and a tussle broke out between police and Arabs, resulting in five arrests.

On Monday night, the gates were refitted with another chain.

Unsurprisingly, Tuesday saw another attempt by Arabs to break down the gates, resulting in the arrest of 18 individuals.

Later on Tuesday, Israel responded to Jordanian mediation by backing down and agreeing to take the locks off the gates.

While it’s unclear whether Palestinians now have free access to the site, daily prayers are taking place by the gate in order to pressure Israel to open the site indefinitely. The situation is definitely not over.

Reporting on the debacle, veteran Israeli reporter Kahled Abu Toameh stated that Palestinians “believe that this is the right time to try and change the status quo by embarking on moves like the one to reopen the Golden Gate site.” Later, he wrote:

The Netanyahu government’s subsequent decision to remove the metal detectors and security cameras [in July 2017] sent a message to some Palestinians that Israel caves into pressure and threats. …

The renewed tensions on the Temple Mount show that the crisis surrounding the Golden Gate has not yet been solved. Judging from the reactions and statements of Palestinian officials and activists, the threat of a major confrontation over the Temple Mount remains as serious and imminent as ever.

The only reason this has not spiraled out of control yet is that it looks like Israel will eventually acquiesce to Arab demands to open the location for Palestinian prayers.

The danger is that every time Israel backs down from asserting its own sovereignty and security interests on the Temple Mount, the Palestinian grip on the holy site becomes stronger.

Whether it be the ongoing protests over this neglected corner of the Temple Mount, or Israel setting up metal detectors following the murder of two Israeli police officers, the Palestinian leadership is looking for excuses to further erode Israel’s ever shrinking sovereignty over the Temple Mount. This is part of its long-term strategy.

It has always been the Palestinians’ goal to take the Temple Mount completely out of Israel’s hands. And because of the constant lies about Israel’s attempts to block access to Muslims, Palestinian society constantly lives one benign event away from instigating a holy war to “protect al-Aqsa from the Jews.”

With the placement of Palestinian Authority officials on the Waqf council, we can expect these types of incidents to become more frequent and more confrontational.

This developing scenario has long been forecast by the Trumpet.

Pointing to a prophecy in the biblical book of Zechariah, Trumpet editor in chief Gerald Flurry indicated that growing turmoil over the Temple Mount will lead to the prophesied division of Jerusalem. In the March 2006 Trumpet issue, he elaborated on how it would come about:

Many dismiss the notion that Israel could ever lose full sovereignty over the Temple Mount in an armed uprising by the Palestinians. However, such dismissal denies the powerful effect that “defending al-Aqsa” can have on mobilizing the Palestinian masses. It also underestimates the overwhelming international pressure that would come upon Israel if it attempted to forcefully extricate the thousands of Palestinians who would converge on the Temple Mount in such an uprising.

The Bible also reveals that the international outcry over such an event would become so great that Israel would accept, and even invite, international peacekeepers in to mediate the dispute.

It is amazing how detailed biblical prophecy is about the present and imminent future of Jerusalem. While many of these prophecies start with an impasse over the Temple Mount, there is a hope-filled conclusion. It’s impossible to explain the weight of these positive events briefly, so if you are looking for hope beyond the Temple Mount turmoil, please request and read a free copy of Jerusalem in Prophecy.