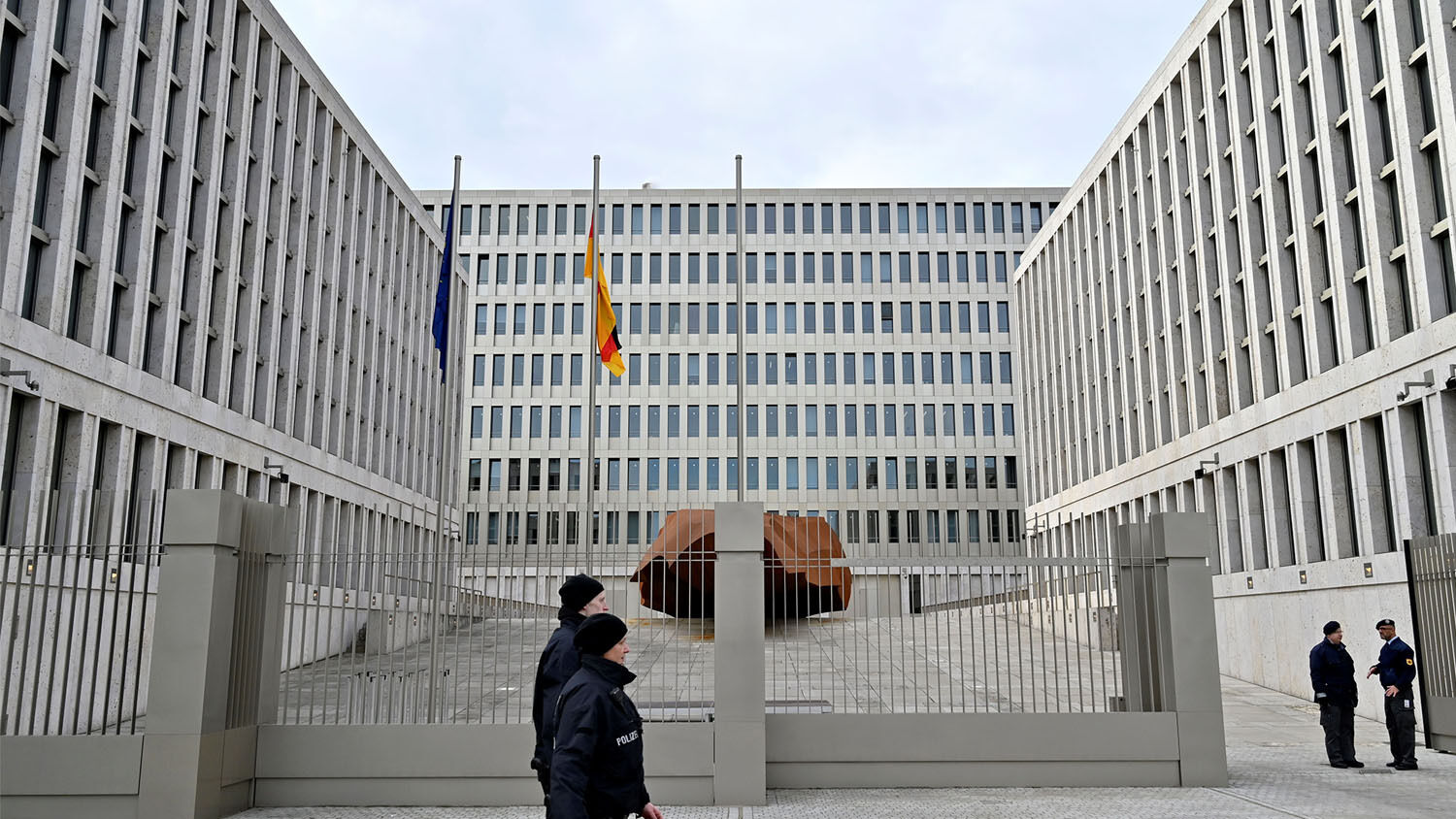 The newfound importance of Germany’s national spy agency is deeply symbolic of its changing foreign policy.

Germany opened a new headquarters for its national spy agency, the bnd, on February 8. The opening of this new facility in the very heart of Berlin is symbolic of an ongoing transformation in Germany’s foreign policy.

Deutsche Welle noted that “the move signals a major symbolic change for Germany, no longer shying away from taking a prominent role on the global stage.” The opening is not only a step forward for the bnd, but also for Germany’s international role.

The bnd headquarters was previously located in the countryside near Munich. Now that it has moved to the center of Berlin, it is close to other government offices and the former site of the Berlin Wall. Moving the headquarters to this area where Germany was once divided but is now united and resurgent is a symbolic victory.

The imposing $1.3 billion limestone-and-aluminum-fronted building covers an area roughly the size of 36 soccer fields and will accommodate 4,000 intelligence workers.

Hansjörg Geiger, head of the bnd, hailed the move to Berlin as a positive step in promoting greater integration between the nation’s government and its intelligence services. He expects the move will allow the bnd to “respond immediately and quickly” to developing situations and in turn cause the government to take its role “more seriously.”

Chancellor Angela Merkel was present for the official opening, and she gave an address in which she called for the bnd to become a “strong, efficient foreign intelligence agency.” She also addressed the fact that Germans are still troubled by the legacy of the Stasi and the Gestapo, but encouraged them to view the bnd presence as normal and in Germany’s best interest. “A healthy distrust is helpful,” she said, “but being overly suspicious is a hindrance.”

As Deutsche Welle stated, this is another sign of a resurgent Germany stepping up to shoulder greater responsibility on the world scene.

But why should those of us outside of Germany be interested in what the bnd does?

Because the bnd’s history is frightening—and it is connected to Bible prophecies that will impact the future of every nation and every individual.

After Germany’s defeat in World War ii, the Nazis went underground. A declassified document released by the United States Central Intelligence Agency showed that in 1944, top Nazi officials and industrialists had a concrete plan to go underground until a suitable time came to resurrect the Reich. (We reproduced this document in full on pages 32-35 of our free booklet Germany’s Conquest of the Balkans.)

The bnd is one well-documented example of this resurrection. After World War ii, the cia needed a means to gather intelligence on Soviet forces. To accomplish this quickly, it turned to Maj. Gen. Reinhard Gehlen, a Nazi with extensive experience commanding an intelligence unit during the war, who had prepared intelligence reports on the Red Army.

Before the war ended, Gehlen ordered that all his secret documents be recorded on film and hidden. The cia found Gehlen, who made a deal: He would hand over his intelligence on the Russians in exchange for funding to cooperate with the cia and re-create his wartime spy agency. Gehlen’s organization became the bnd. Filling the ranks were former members of the Nazi Party, the SS and the Gestapo.

As late as the 1960s, the bnd employed the daughter of Heinrich Himmler, who “spent her life mingling with right-wing extremist circles and always defending her father,” reported Deutsche Welle.

The bnd may be under different leadership today, but the fact remains that it has Nazi roots, as do Germany’s Foreign Ministry and Finance Ministry.

Although the founding of Germany’s main spy agency may sound like something out of a spy novel, it is a well-documented fact.

The organization is still beset by scandals. In 2017, Der Spiegel revealed that the bnd spied “for years on thousands of targets in the U.S.A. Among these connections were the White House and military institutions.”

One source predicted this would happen, far in advance of any other: the Bible. The Bible prophesied both the defeat of the Nazis in World War ii and that they would go underground. As Herbert W. Armstrong told his radio program listeners on May 9, 1945, during the inaugural conference of the United Nations:

Mr. Armstrong based his forecasts on Bible prophecy. Revelation 17 describes a European power that rises to attack America and Britain in the end time, only to be beaten back and temporarily go underground. The cia document proves this happened. But this power is prophesied to return one final time to inflict on the world the worst suffering ever experienced. All of this leads directly to Jesus Christ’s return, when this violent power will be defeated permanently.

The world now recognizes that Germany is “no longer shying away from taking a prominent role on the global stage.” Germany’s power is rising again on the world scene. To learn more about where this is leading, request your free copy of The Holy Roman Empire in Prophecy.