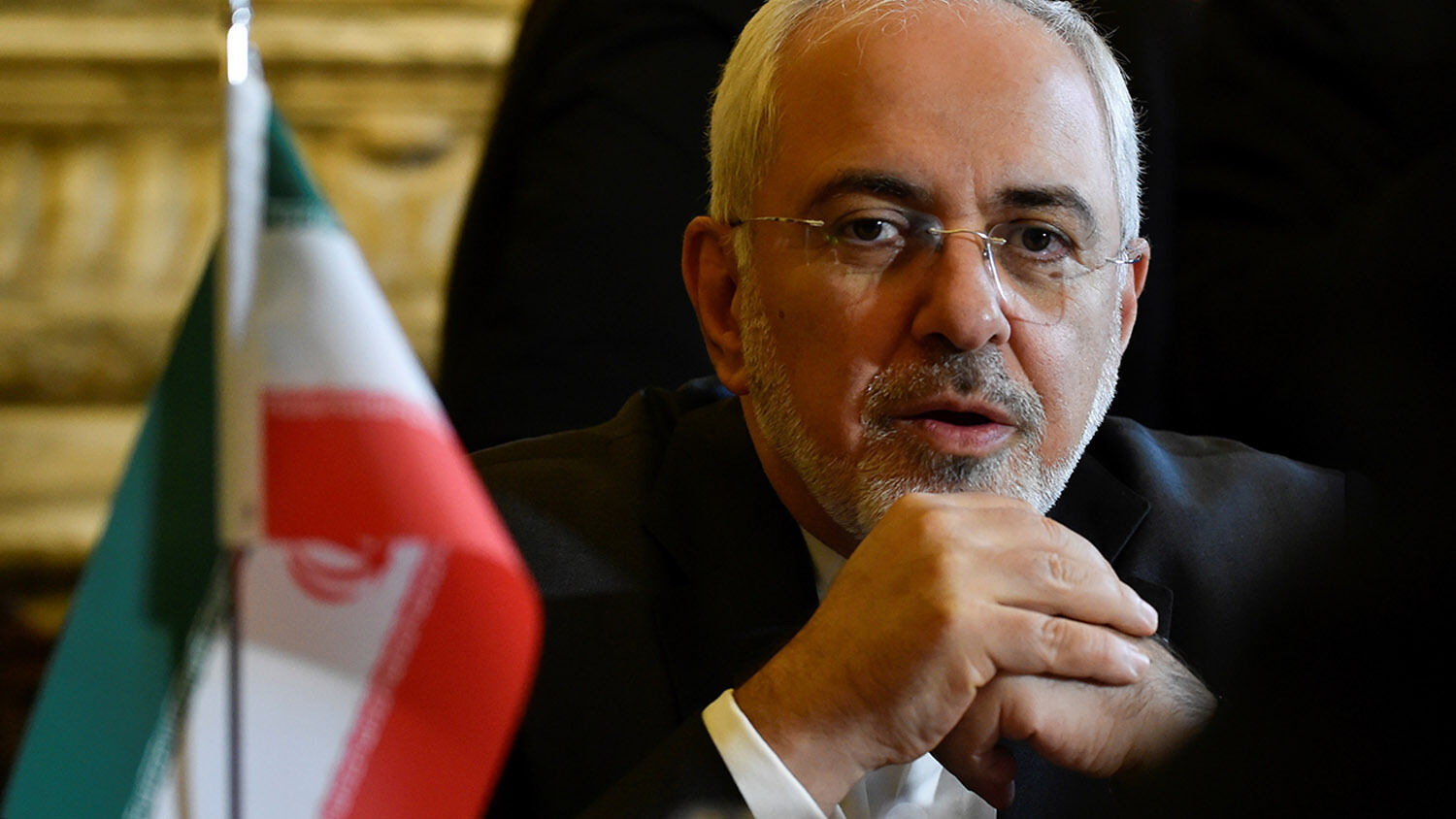 As America withdraws from Syria, Europe is forced to take action.

Iranian officials abruptly stood and stormed out of the room, slamming the door behind them. This was the scene when diplomats from six European countries gathered at Iran’s Foreign Ministry in Tehran on January 8. The Belgian, British, Danish, Dutch, French and German diplomats adamantly told Iran that they would no longer tolerate Iranian aggression through its sponsorship of terrorism on European soil and ballistic missile testing.

“I thought you have come here to talk about your laxity regarding the Joint Comprehensive Plan of Action and terrorists whom you have sheltered in Europe, and make apologies,” Iranian Deputy Foreign Minister Abbas Araqchi said. “The meeting is finished,” he proclaimed, then stood and walked out of the meeting.

“There was a lot of drama. They didn’t like it, but we felt we had to convey our serious concerns,” said one of the European diplomats. Another stated, “It shows the relationship is becoming more tense.”

The following day, the European Union sanctioned Iran’s intelligence agency, implementing its first sanctions since the 2015 signing of the Joint Comprehensive Plan of Action along with Iran, Britain, China, France, Germany, Russia and the United States.

Though small, the sanctions were symbolic of a Europe hardening its position against Iran.

Danish Prime Minister Lars Løkke Rasmussen voiced his support of the EU sanctions, stating that the “EU stands united. Such actions are unacceptable and must have consequences,” referring to Iran’s terrorist activities inside Europe.

A Reuters analysis stated that these sanctions will “strengthen anti-Western sentiment in Iran and lead to more aggressive Iranian moves around the Middle East.” This is exactly what happened.

Following the EU sanctions, Iran announced it would attempt to launch two new satellites into orbit using Iranian rockets. The first of these failed; the second has yet to be launched. On January 20, Iran launched a ballistic missile from Syria aimed for an Israeli ski resort. The missile was intercepted, but these events show that Iran is not slowing down its aggression and ballistic missile development.

In response, the EU threatened further economic sanctions against Iran, should its ballistic missile development continue.

French Foreign Minister Jean-Yves Le Drian told reporters, “We are ready, if the talks don’t yield results, to apply sanctions firmly, and they know it.”

U.S. Secretary of State Mike Pompeo said it himself: “[W]hen America retreats, chaos often follows.” That is exactly what we are seeing now. Since the U.S. announced its departure from Syria, events have been intensifying.

On December 19, United States President Donald Trump announced the U.S. withdrawal of military forces from Syria, declaring victory over the Islamic State terrorist network. Then on January 16, in an area that U.S. troops are set to withdraw from, the Islamic State attacked. Four Americans were among the 19 people killed in a suicide bombing. This was the most deadly attack against the U.S. in Syria since forces arrived in 2015.

Mr. Trump’s claim of victory over the Islamic State may have encouraged the attack, just as the EU’s sanctions may lead to more aggressive actions from Iran.

On January 21, an Iranian air chief proclaimed, “We’re ready for the decisive war that will bring about Israel’s disappearance from the Earth.”

The U.S. withdrawal announcement is a sign of weakness to the Iranian regime and has only encouraged increased aggression from Iran.

Once the U.S. completes its withdrawal, who will fill the void? Right now, Iran is pushing to fill the gap left by the U.S. Wherever the U.S. leaves, Iran attempts to fill the power vacuum. But now the world is beginning to wake up to Iranian aggression and realizes it needs to act.

It’s called “balance of power.” As Iran grows in strength, so will its opposition.

Will Europe Replace the U.S. in Syria?

The EU is already struggling to deal with the millions of refugees who have arrived over the past eight years. The migrant crisis has destabilized the economies of many European nations.

While the number of immigrants has plummeted to only a couple hundred thousand a year, once the U.S. presence in the Middle East is either gone or dramatically reduced, there will be even less stability in the region. Renewed chaos will cause more refugees to seek ways to immigrate to Europe for their own safety.

Europe has no appetite for such a mass influx of refugees. It can’t support them.

Its best option to prevent another crisis is to intervene and provide stability in the Middle East.

What if Europe decides not to intervene in the Middle East? It will only lead to more instability.

One scenario is that Iran continues its aggressive policy in Syria and manages to get complete control of the Shia Crescent—a vast swath of land from Iran, passing through Iraq and Syria, and connecting Iran to Hezbollah in Lebanon. This option essentially guarantees the destruction of Israel, consolidates Iranian power, and empowers an already aggressive Iranian military.

In an alternative scenario, Russia expands its influence into the Middle East. Russia has already thrown its support behind Syrian President Bashar Assad by providing weapons and air support. However, ceding territorial control of the Middle East to Russia would further empower Russia, the historic enemy of West European powers.

In a third scenario, Europe could allow China to continue making financial and trade deals with the Middle East. As a result, the region would conduct more trade with Asia and less with Europe, which would further hurt Europe economically.

Whether it wants to or not, Europe must fight for its interests in the Middle East.

In an article titled “Middle East Mayhem Will Skyrocket Following the Departure of the Americans,” the National Interest wrote, “[T]he Europeans bring competent special forces whose ability to carry out ‘carefully apportioned and usually small but lethal operations’ contrasts with the American ‘big stick’ approach.”

Two of the 13 multinational EU battlegroups are always on standby for rapid military reaction. These 3,000 troops are waiting for the 28-nation bloc to decide which crisis to send them to around the world.

Even though Europe may not have the same economic ability to fund as elaborate an endeavor as the Americans do, it makes up for it by having a smaller yet more well-trained and specialized force. This makes any military installment a cost-effective option. The French call it “juste mesure,” or just enough to get the job done.

Indeed it is important to now watch for Europe’s reaction to an American withdrawal. Considering the Europeans’ continued vulnerability to refugees from war-trodden Syria, and its growing understanding of the danger posed by Iranian hegemony in the Middle East, they might want to replace the United States at the Al-Tanf base.

These events were foretold by the Prophet Daniel nearly 2,500 years ago. He described a great clash in the Middle East between two dominant military powers, which he named “the king of the north” and “the king of the south.” Since Jerusalem will be the focal point of these events, the identity of these two powers must be seen in relation to Jerusalem.

In Bible prophecy, “the king of the north” refers to a united European empire, described as a beast power, to be composed of 10 nations or groups of nations (Daniel 7:24; Revelation 17:12).

“The king of the south” is better identified by both its location, to the south, as well as the key word in Daniel’s prophecy. Trumpet editor in chief Gerald Flurry identifies this modern power in his booklet The King of the South and proves that Islamic extremism is the king of the south (request your free copy). He writes:

All indications point to Iran as the “king” of radical Islam. It is one of the few nations in the world with a religious leader as its head of government.

Since the 1990s, the Trumpet has forecast that Iran will be the king of the south. How did we know that? Mr. Flurry continues:

The king of the south is about state-sponsored terrorism. That is how Iran became king! … It is about a nation that is always pushy in its foreign policy. It pushes until it starts a war. …

Who else could it be in the end time but Iran?

Iran is extremely radical—the king over radical Islam. Where is this nation’s pushiness leading? To war! Just as it has in the past.

This prophecy shows that Iran’s aggressive foreign policy will push the European empire to retaliate. We are witnessing the beginning stages of this retaliation, and we will continue to see Europe harden its position against Iran as it continues its aggression.

Germany and France have already begun establishing military ties with Jordan, Saudi Arabia and Turkey: So why not Syria as well? This military alliance between Germany and these moderate Arab nations is prophesied in Psalm 83. Bible prophecy says this alliance will help this mighty European military destroy aggressive Iran.

As Iran continues to grow bolder and threatens to consume the Middle East in mayhem following the U.S. withdrawal, watch for Europe to become increasingly more involved in the region.

For more proof that Iran is the prophesied king of the south, request your free copy of The King of the South.