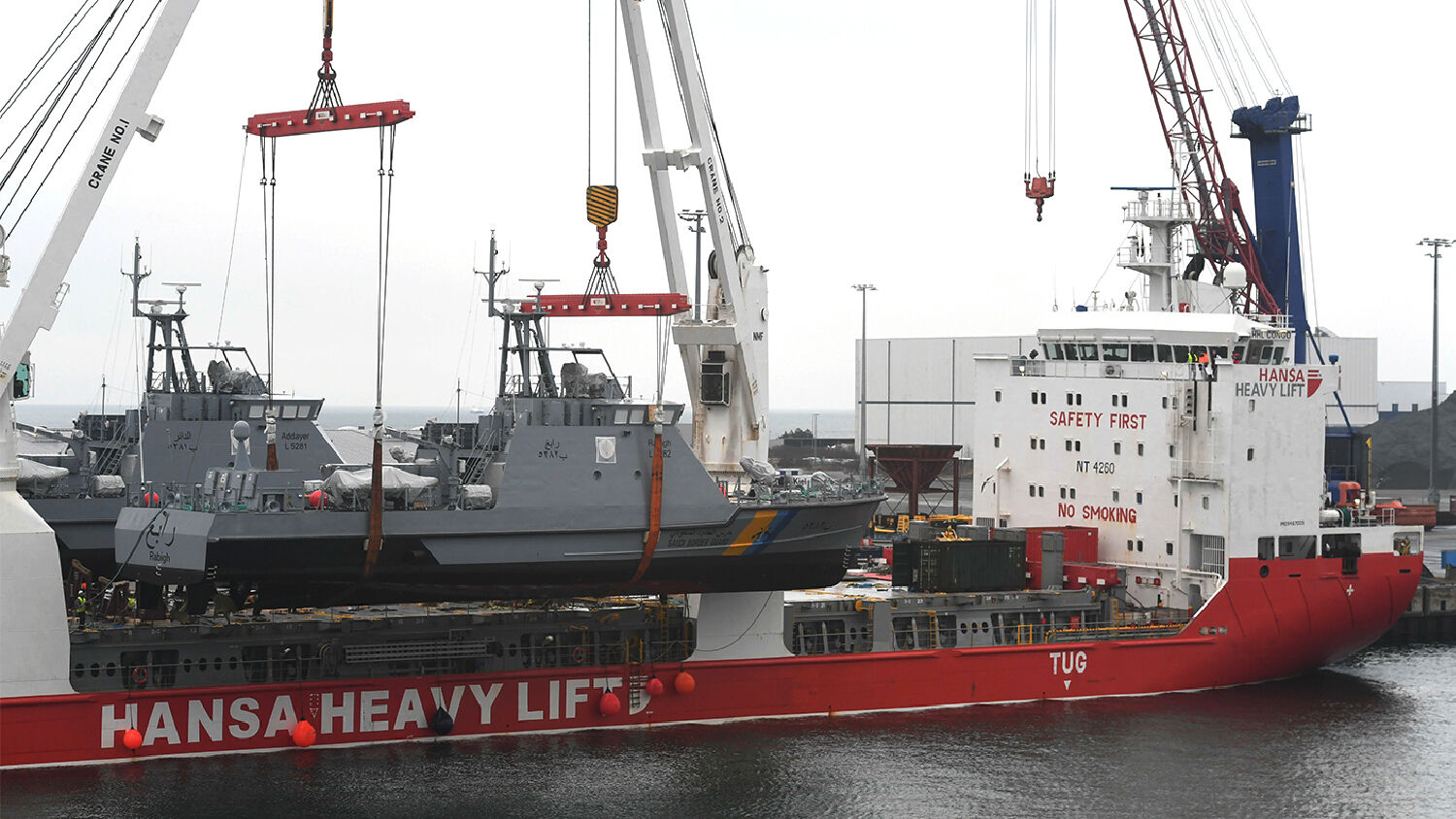 A coastal protection boat for Saudi Arabia is loaded onto a transport ship in the port of Mukran, Germany.
Getty Images

Taking into account both shipments delivered and approved shipments that have not yet been delivered, Germany agreed to send $477 million in weapons to Saudi Arabia in 2018. This was a dramatic increase over 2017, despite the fact that Germany enacted a temporary ban on weapons exports to Saudi Arabia in May and a full ban in November after various groups, including Germany’s Left Party, reacted angrily against news about the increased exports.

Sales seem likely to decline in the coming months, however, as approval for arms exports was down 23 percent, according to data released on January 17. However, when the German government refuses to approve weapons exports, German manufacturers often shift their production to overseas subsidiaries. Rheinmetall Italia, for example, exports weapons to Saudi Arabia, even though its parent company, Rheinmetall Group, is based in Germany and legally unable to export to the Saudis.

Do not expect Germany to drastically reduce its thriving weapons exports to Saudi Arabia and Turkey. Expect shipments of military hardware, and close relations, to continue.

Germany has been violating its own arms-export rules. Its official policy is to avoid exporting to regions where the weapons could be used to fuel instability or human rights abuses. Yet in 2018, Germany sold weapons to 27 nations engaged in violent internal conflict, and another 20 where peace is severely unstable. A total of 61 percent of German arms exports went to non-EU nations, many of which are undergoing conflict or severe human rights abuses.

As the United States withdraws from the Middle East, Germany has an opportunity to use weapons exports to insert itself into the region’s affairs and to counter Iran’s influence. Since 2003, the Trumpet has stated that German-led Europe will form an alliance with moderate Middle Eastern nations, and this alliance will have deadly, unforeseen consequences not only for Iran, but also for America and Britain.

Bible prophecy specifically states that Germany will form an alliance with Turkey and Saudi Arabia. Trumpet editor in chief Gerald Flurry wrote about this alliance, prophesied in Psalm 83, in his 2011 article “A Mysterious Prophecy.” Psalm 83:6 specifies “Edom, and the Ishmaelites,” peoples whose modern descendants are Turkey and Saudi Arabia, respectively.

First, Germany will conquer what the Bible calls “the king of the south,” radical Islam, led by Iran (Daniel 11:40).

Aligned with the nations named in Psalm 83, Germany will then conquer the modern descendants of Israel, which includes the U.S., Britain and the Jewish state of Israel.

Watch as this alliance forms. It will lead straight into what the Bible terms the “great tribulation,” a time of suffering beyond what mankind has ever experienced. Yet all of this is a necessary step in God’s plan to bring the world to repentance. It leads to the return of Jesus Christ and a far better future, when weapons will be a thing of the past. To read more about how you personally will be affected by these rapidly approaching events, and the history and prophecy of Germany, read Gerald Flurry’s article “A Mysterious Prophecy” and request your free copy of The Holy Roman Empire in Prophecy.