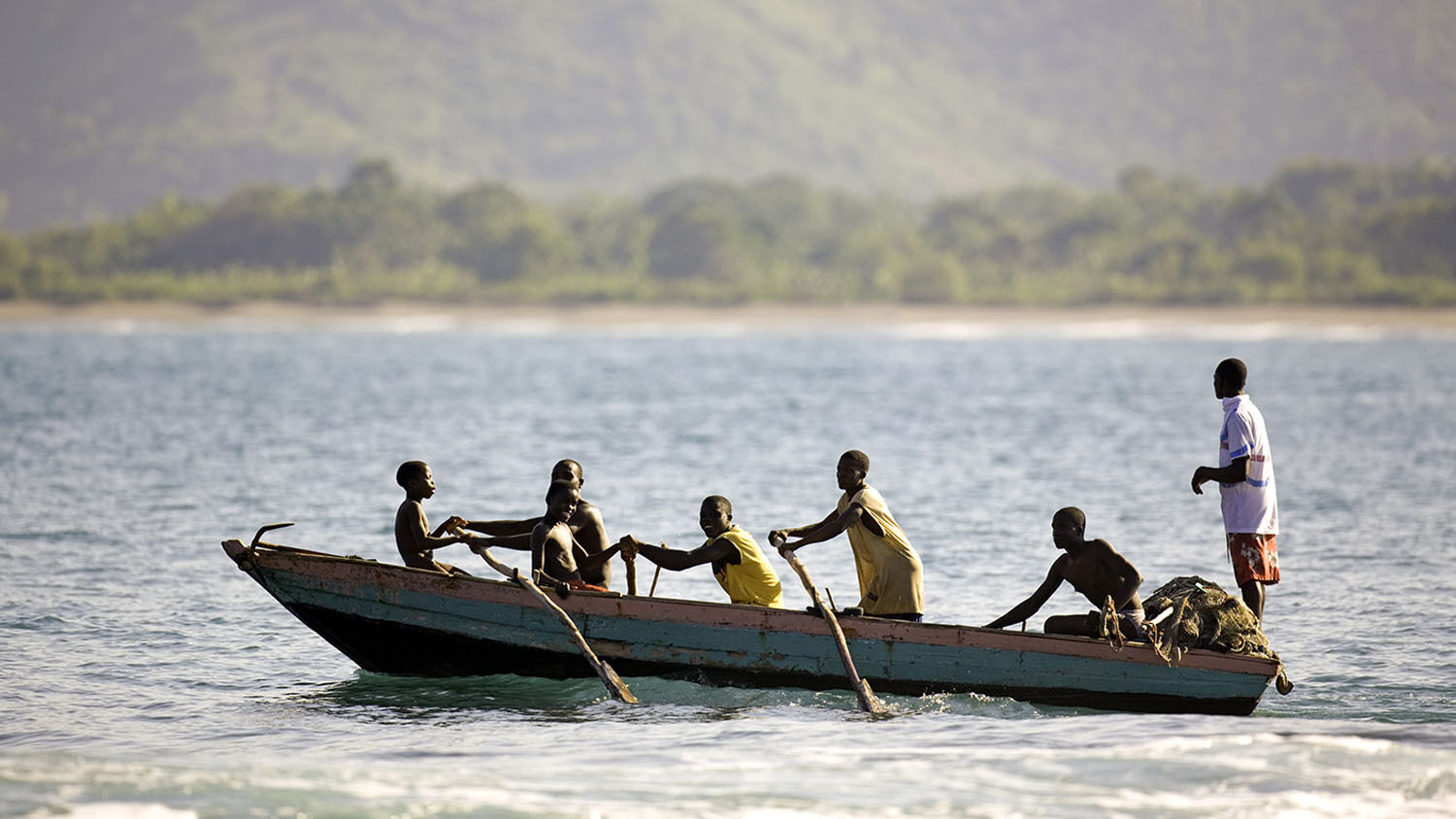 “We knew they’d try to kidnap us, so we cut our nets and fled, but they chased us right to the shore. I didn’t realize I’d been hit by one of the bullets until I got home and fell down in front of my house.”

This could be a scene from a pirate movie. But it’s not. For Trinidadian fishermen, this is the danger they face daily in the increasingly lawless waters between Trinidad and Venezuela. It highlights a growing trend: The nations closest to the United States are falling into more and more dangerous disorder.

“It’s criminal chaos, a free-for-all, along the Venezuelan coast,” said Jeremy McDermott, codirector of Insight Crime, a nonprofit that studies organized crime in Latin America and the Caribbean.

Trinidadian fishermen have suffered countless attacks by Venezuelan pirates over the past few years, ranging from muggings to kidnappings and brutal violence. Since 2015, when Venezuela’s crisis-stricken economy fell apart, impoverished coastal fishermen have faced extreme difficulty making a living. Many are now resorting to piracy and kidnapping. Trinidad’s government is too fearful of damaging its relationship with Venezuela to enforce the law around its own shores.

In addition to making money by kidnappings and ransoms, these fishermen-cum-pirates now smuggle weapons into Trinidad in exchange for basic necessities, fueling crime on the island. They also smuggle other goods: Instead of fish, the desperate pirates now sell toilet paper and diapers to their impoverished countrymen.

Only fishing boats and private yachts anchoring off the Venezuelan coast have been targeted. But some fear that the situation is about to reach a point where it resembles the Somalian piracy crisis of a decade ago, when desperate criminals targeted, sometimes successfully, large ships including enormous container ships.

But pirates are not the only ones taking advantage of the chaos.

As terrible as the piracy is for those affected, there is a bigger problem than criminal disorder developing in this region. It relates to another seaborne intruder.

On January 4, the Iranian Navy announced that, beginning in March, it would deploy warships into the Atlantic and as far as the Gulf of Mexico. The ships will likely make a stopover in Venezuela, according to an Iranian naval commander.

“Our fleet of warships will be sent to the Atlantic Ocean in the near future and will visit one of the friendly states in South America and the Gulf of Mexico,” said Iranian Rear Adm. Hossein Khanzadi in November 2017. Iranian officials estimate the deployment will last five months.

Iran’s newest and most advanced frigate, the Sahand, will also deploy to the Atlantic. Iran claims Sahand, which was inaugurated on December 1, has stealth and electronic warfare capabilities in addition to a full complement of missiles and a helicopter landing pad. The new warship represents the pinnacle of Iran’s drive to modernize its naval capabilities.

Sailing so close to American shores is obviously intended to send America a message. But it will also be noticed by another major power, one that is increasingly involved in South America: Europe.

The Trumpet watches this growing alliance between South America and Europe carefully.

American geopolitical writer Nicholas J. Spykman referred to the Caribbean as “the American Mediterranean” because of how important it is to United States security. Just as Italy is automatically affected by any threat or significant disorder in the Mediterranean, so the U.S. is affected by events in the Caribbean.

For years, the Trumpet has warned that America would lose control of its vital sea-gates and strategic waterways. What is happening in the Caribbean was prophesied in your Bible because of America’s refusal to repent of its national sins. “And he shall besiege thee in all thy gates, until thy high and fenced walls come down, wherein thou trusted, throughout all thy land …” (Deuteronomy 28:52).

If America loses its influence over “the American Mediterranean,” who will take its place? Your Bible answers that question as well.

Spykman identified the danger of outside powers gaining footholds in Latin America. Although often overlooked, this is already underway. Bible prophecy describes a revived empire of European nations, united by their Catholic roots, which will join with Latin America to form a massive trade bloc in opposition to the U.S.

The Trumpet has chronicled Europe’s heavy involvement in Latin American militaries. Brazil, Argentina, Bolivia, Ecuador, Chile, to name a few, all have militaries comprised heavily of European equipment. Their main battle tanks, troop carriers, frigates and submarines are almost all second-hand or current-generation European units. This is how Europe gains allies. Just like German arms sales to the Middle East, “a similar process of alliance building through arms trading is already well under way in South America,” we wrote in 2013. Russia and China are also eagerly looking for ways to move in.

Spykman’s analysis in America’s Strategy in World Politics, written during World War ii, is still relevant today. But the Bible predicted Europe’s inroads into Latin America long before Spykman, and long before Christopher Columbus first sighted land in the region.

Our booklet He Was Right draws attention to a May 1962 quote from the Plain Truth magazine, founded by Herbert W. Armstrong. That article warned that “the United States is going to be left out in the cold as two gigantic trade blocs, Europe and Latin America, mesh together and begin calling the shots in world commerce.”

In addition to increasingly strong trade and military ties, Europe and Latin America share a common history dating back to the late 1400s. This includes their common religion: Catholicism. The Trumpet pays special attention to this, because the Bible identifies it as the force that will hold the alliance together. In Isaiah’s End-Time Vision, Trumpet editor in chief Gerald Flurry writes:

Herbert Armstrong long prophesied, and we expect, the alliance between Europe and South America to grow extremely strong. The most significant factors that will cement this connection are religion and language: Roman Catholicism is the dominant religion of Latin America.

Mr. Armstrong received his insights on world events through the pages of the Bible, just as the Trumpet does today. You too can understand the future of this vital region and how current events are leading not only to trade war but to the end of piracy, poverty and oppression at the return of Jesus Christ. To read more about the amazingly accurate track record of Bible prophecy, and the future of Latin America, request your free copy of He Was Right.