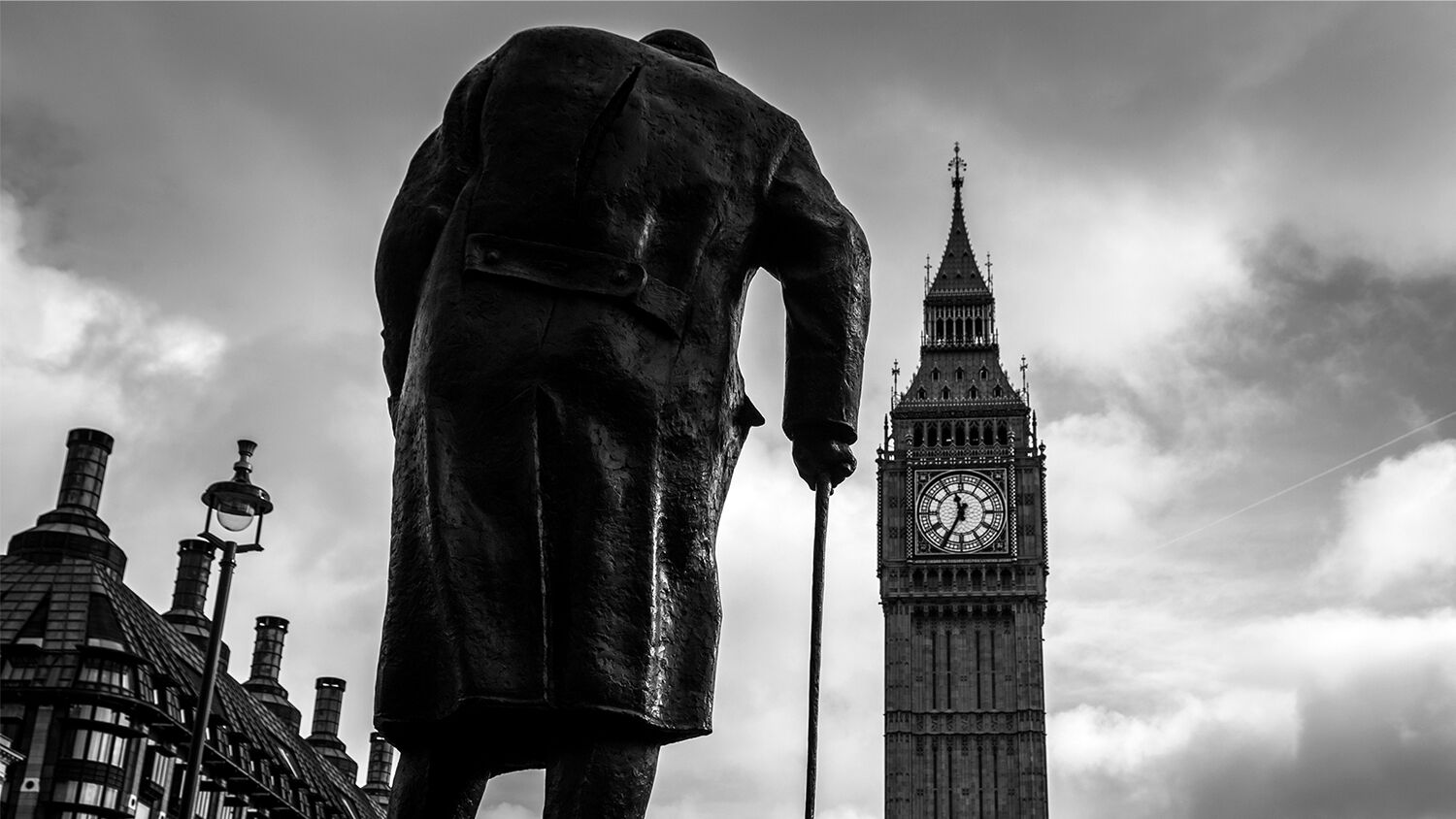 Lessons for our time from Winston Churchill

I do not consider myself an expert on Sir Winston Churchill—not by a long shot.

I’ve watched a few documentaries about his life, read a couple of smaller books, and perhaps a few dozen articles. This has led me to a general understanding of his place in history and what Western civilization owes to his leadership in preserving the world from a Nazi takeover during World War ii.

But not too much more than that.

It was because of this limitation, and also the advice of Trumpet managing editor Joel Hilliker, that I began reading Winston S. Churchill: The Watchman, by editor in chief Gerald Flurry.

After getting halfway through the 72-page booklet, I strongly recommend that you order your own free copy today—regardless of where you are in your study of Churchill’s life.

I’ve been amazed by how many lessons can be applied to our time right now, especially as they relate to the failure in political leadership to accept the truth, the unreliability of the press to report the truth, human nature’s desire to listen to comfortable deceptions rather than hard truths, and the personal responsibility involved in listening and heeding a true watchman’s voice.

Here are a few quotes from the booklet that stood out to me. (I’m yet to get up to the actual war, so these are all reflections on the pre-war years.)

As before World War ii, this generation has to grapple with living for many years in unreality. Our big battle in foreign policy is not to give in to rock-hard tyrants.

As the danger worsened, the leaders and Parliament kept reassuring the public with false statements. Being self-deceived, they deceived the people. The leaders were too weak to face the hard truth.

“When the situation was manageable it was neglected, and now that it is thoroughly out of hand we apply too late the remedies which then might have effected a cure.” –Winston S. Churchill

If mankind is unteachable, it’s not just ignorance. It’s refusing to face the truth.

The “endless repetition” of our foreign-policy weakness plagues us. We fail to remember history, and we get lost in the present. As we make nation-destroying mistakes, the press and people remain indifferent—just as we did in the past.

The people did not want to think about the bloody dangers of a world explosion. They didn’t want to be disturbed from their comfortable routine and pleasures. … The same is true today. We face a far worse world explosion. But we are too glutted on sports and entertainment to heed a strong warning.

Here is one final quote from page 18 that really got me thinking—and it really should you too:

The Times newspaper, perhaps the best in the world at that time, had a headline which proclaimed, “A Chance to Rebuild.” The Times discussed rebuilding just before the greatest destruction this world has ever experienced! The world-famous newspaper helped lull people to sleep. It had a glorious chance to help Churchill watch and warn. Instead, it made Churchill’s job much harder! …

The press failed to learn a crucial lesson. Therefore, don’t expect them to be receptive toward a strong warning today about a dangerous and militant Germany rising once again in Europe, which is about to shatter the peace of this world!

Reading this, I found myself wanting to be transported back to the late 1930s to understand the public sense in terms of a coming war. How was Nazi Germany spoken of on the street among the regular people? Were they worried? Were they too consumed by their day-to-day activities to not give a thought of another war?

In hindsight, it’s easy to look back on Britons of the late ’30s and think that they were foolish for not heeding Churchill’s call.

The honest truth, however, is that if we were living in Britain in the 1930s, there is every reason to believe we would have followed along with the majority and not heeded Churchill’s warning.

He was preaching a hard message. He spoke of the inevitability of war, when the rest of the political establishment and the press were talking about peace. The people no longer had the stomach for war.

So that brings us to today: Given that we would have likely had the same reaction of those in Britain prior to World War ii, are we sure we are not making the same mistake today?

The fact that you are reading this Trumpet Brief is a good sign that you aren’t being hoodwinked by prophets of peace.

Nevertheless, what I’m learning as I go through this booklet is that just as there was not a general sense of imminent danger before World War ii, neither will there be today—even as the storm clouds gather toward a final climactic war.

Some may be waiting for a Winston Churchill type to save Western civilization again. The Bible, however, says that is not going to happen this time around.

But that doesn’t mean we are without a watchman to ensure we are alerted to what’s really happening. God would not allow it.

The question is: Are we listening to the watchman and letting that message impact our lives?

A really great place to start answering that question is by reading Winston S. Churchill: The Watchman, by Gerald Flurry.