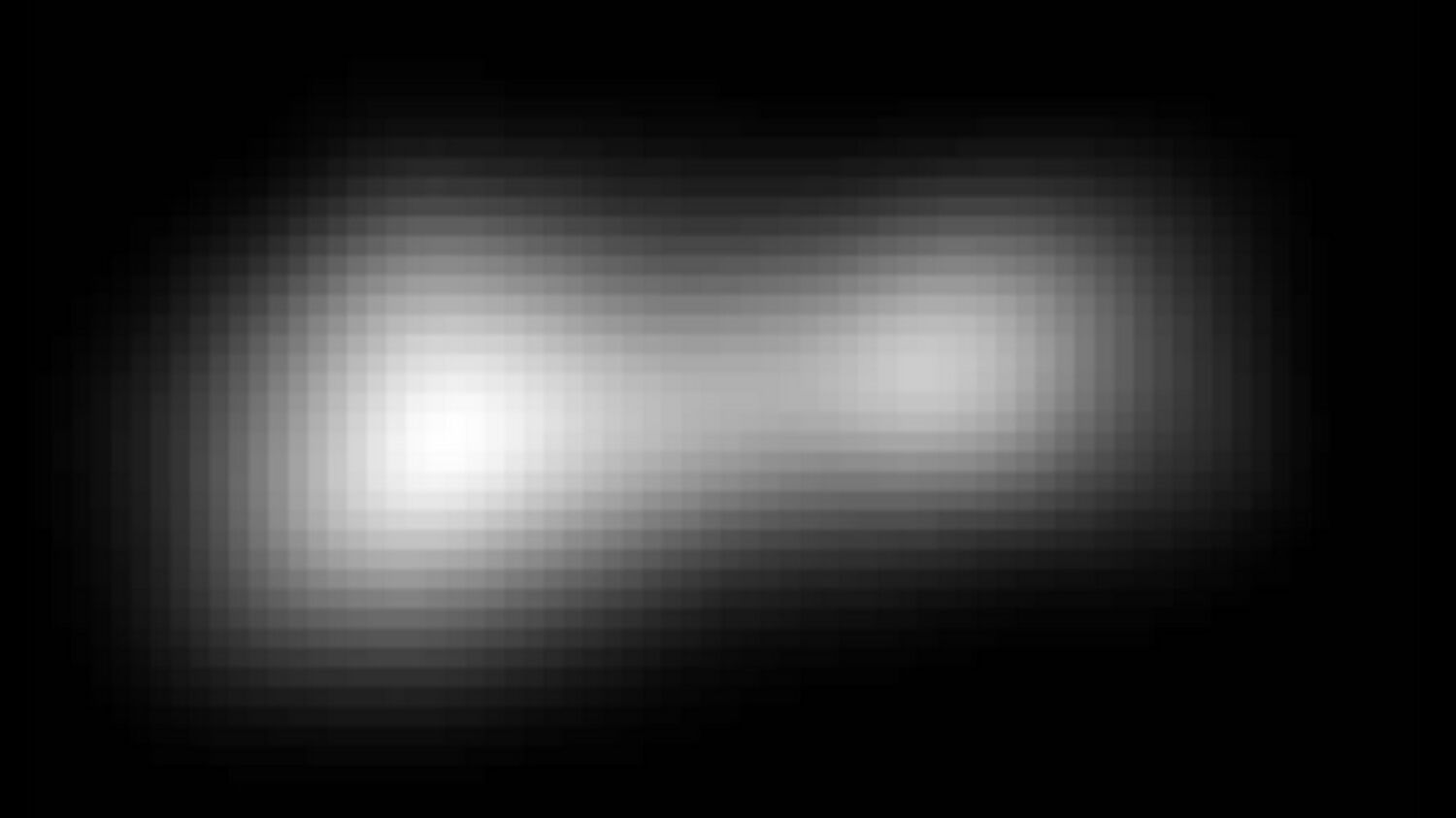 The most-distant object ever explored, and you

In the early hours of the morning (5:30 a.m. utc), nasa’s New Horizons spacecraft performed a flyby of the most-distant object ever explored by man.

2014 MU69 is a chunk of ice or rock over 4 billion miles from the sun. nasa nicknamed the object “Ultima Thule,” after the Latin term meaning beyond the borders of the known world.

It’s an apt name. The New Horizon’s previously big splash was its flyby of the unimaginably distant dwarf planet Pluto in 2015 (and yes, scientists were right to downgrade Pluto from being a planet—bring on the hate mail). Now it is another billion miles further out, into the remote ring of ice and rocks known as the Kuiper belt. Ultima Thule will be the first object within the Kuiper belt to be studied in detail (not including Pluto).

As I write this, I have the nasa press conference live feed on in the background. It’s thrilling to have an object we know so little about, on the brink of being revealed. Yesterday, we barely even knew what it looked like—the only images we had showed a vague smudge. Over the next few minutes, days and months, more and more data will come—revealing a brand-new world before our eyes.

The shape of MU69. It is about 35 by 15 kilometers. Still don’t know if it’s 2 separate objects or one merged one. pic.twitter.com/WL6NmisajA

At some point tomorrow (January 2) we should have much better pictures.

So much about this mission is hugely impressive. Scientists discovered Ultima Thule in 2014, and in about a year discovered enough about it to predict exactly where it would be on Jan. 1, 2019. New Horizons changed course to begin heading to Ultima Thule in the autumn of 2015.

But there is something even more impressive about Ultima Thule—its connection to you.

Ultima Thule is part of a huge number of objects in the outer reaches of the solar system. Over the last century, astronomers have gradually come to realize that our solar system is surrounded by massive clouds of debris.

The Kuiper belt is the smallest and closest of these debris clouds. The Oort Cloud is much larger and much further away—stretching from around 100 billion miles from the sun to 10 trillion miles. That’s 100,000 times further than the distance between the Earth and the sun.

Based on the number of Oort Cloud objects that get thrown closer to the solar system, where we can see them, scientists estimate there are around 400 billion objects out there. Other estimates put the number of objects at 1 trillion. Scientists’ models of how the solar system formed don’t predict anything close to that amount of debris. Where it all came from is one of the mysteries of astronomy. This is part of the reason scientists are so excited about the Ultima Thule flyby. They hope it will shed light on how the solar system was formed, and why there are so many shattered rocks and shards of ice.

Scientists aren’t the only ones who are excited about this. Herbert W. Armstrong, founder of our predecessor magazine the Plain Truth, also got excited about nasa missions. On July 20, 1976, he arrived at Ambassador Auditorium just before 5 a.m. so he could see the first pictures arrive from the surface of Mars, sent by the Viking i probe.

Here’s what he wrote to co-workers after seeing those pictures:

The pictures showed a Martian surface as a sandy desert littered with rocks—from very minute size up to perhaps a foot or more in diameter.

But I had to think—it showed precisely what I had expected from what is revealed from the God of creation in the Bible. It was a dry, barren surface of decay and futility—total unproductiveness.

Few indeed have any remote conception of the fact that God Almighty reveals facts about this universe—planets such as Mars, their origin, their present state, and the causes and reasons thereof. Sometimes it seems futile that many of the best minds of humans are devoted to a lifetime of vain speculation, based on erroneous hypotheses totally untrue.

I had to realize that from this scientific laboratory, right here in Pasadena, great minds are, in fact, uncovering facts actually revealed in the book they do not understand and probably do not accept—the revealed facts and truth of the Eternal living God!

Romans 8:21 tells us that “the creation”—the whole universe—is in “bondage to decay” (Revised Standard Version). This is why Mr. Armstrong was excited to see those Mars photos. He wrote, “[Y]ou can realize the thrill I experienced, seeing in our own House of God Auditorium, the first, real, close-up photographs from the very surface of Mars, confirming the state the Bible reveals such planets are in today.”

The New Horizons mission confirms this on an even greater scale. It is not just one or two planets subjected to this decay. Our entire solar system is surrounded by a vast, dead, decayed cloud of debris on a scale we cannot imagine. The Bible tells us the origin of the universe and explains all this decay.

But the same passage tells us that this decay will end. Verse 21 states that “the creation itself will be set free from its bondage to decay and obtain the glorious liberty of the children of God” (rsv).

The universe will finally be free of this decay when God’s people are born as His sons. Romans 8 describes the whole universe yearning for this time. “No more amazing, awesome, eye-opening passage could be written!” Mr. Armstrong wrote in his book The Incredible Human Potential. “It is so astonishingly revealing one doesn’t fully grasp it just reading quickly through.”

Hebrews 2:8 tells us that “all things” will be put in subjection to man. In Hebrews 1, Moffatt translates “all things” as “the universe.”

All things—the Oort Cloud and far beyond—will be put in subjection to man. And that is when its decay will end. We will have the awesome responsibility of cleaning up that decay.

Mr. Armstrong concluded that co-worker letter writing: “This is all part of the wonderful true gospel—the good news of the Kingdom of God, soon now to come—the gospel the world has not heard from the first century a.d. until now—the most important work on the face of the Earth today—revealing this glorious good news of the future glory of man in his salvation—and what we shall accomplish throughout the entire universe!”

That vision is why Mr. Armstrong went to Ambassador Auditorium before 5 a.m. to see images of a dead planet being transmitted back from space. The Bible is full of scriptures of that vision. God says in Isaiah 51:16, for example, that He intends to “plant the heavens.”

God is preparing people to be born into His Family. These people will help clean up the decay and destruction in the universe and beautify it. That is why these pictures from nasa should be exciting to all of us.

“When we hear stories like Gene Cernan’s [the last astronaut to walk on the moon] and view pictures of the universe, our future among the stars becomes more real to us,” writes Mr. Flurry in The New Throne of David. “Right now the universe is in a state of decay. We will soon change that.”

You can gain a greater vision of that future with our full-color booklet Our Awesome Universe Potential. It will show you why the universe is presently in a state of decay. It will take you through, in detail, what the Bible says about your future. It is full of pictures and facts to make that vision really come alive. Order your free copy here.