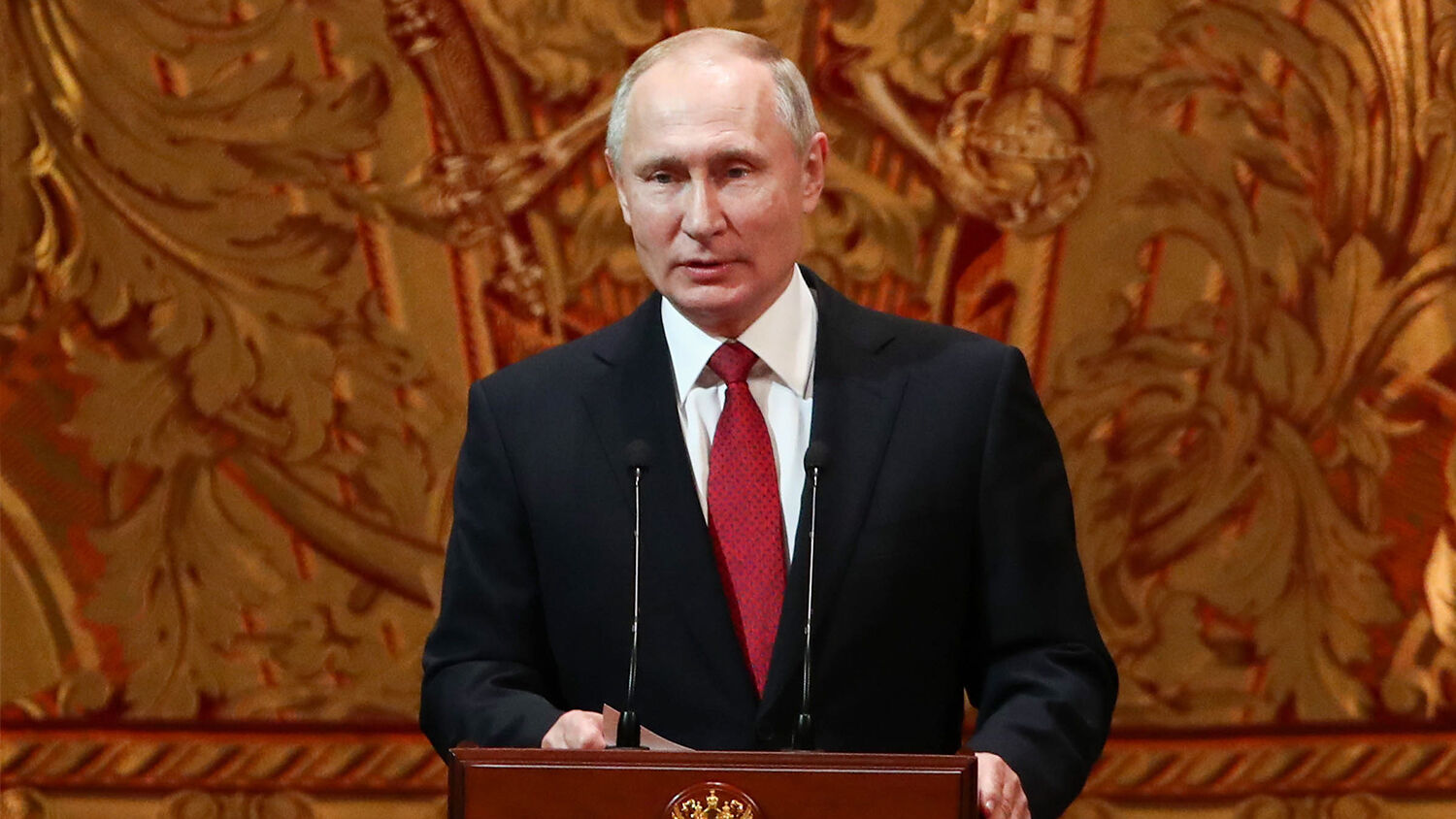 The Avangard was launched from a Dombarovsky missile base in the southern Urals and flew 3,700 miles (6,000 kilometers) to the Kamchatka Peninsula in far eastern Russia, where it struck its practice target, fulfilling all mission goals.

“The Avangard is invulnerable to interception by any existing and prospective missile defense means of the potential adversary,” Putin claimed.

The missile was unveiled to the world in the Russian president’s nationally televised speech on March 1, along with a handful of other futuristic Russian military projects.

Avangard is a highly maneuverable, hypersonic glide weapon. A rocket brings it up to a high suborbital altitude, from which it reenters the lower atmosphere, gliding toward its target at 20 times the speed of sound and making erratic maneuvers to confuse defenses. It destroys its target through sheer kinetic energy: President Putin has compared it to a meteorite.

Existing intercontinental missiles fly on a fixed trajectory. Existing missile defense systems are designed to intercept these types of missiles, and even that is difficult to manage, especially if multiple missiles are inbound. An intercontinental missile that can not only fly at 20 times the speed of sound but also alter its course unpredictably would render current missile defense systems useless.

The Russian Navy put its “Poseidon” underwater drone through sea trials on December 25. Also known as the “Status-6 Oceanic Multipurpose System,” Poseidon is an autonomous, torpedo-like submarine that can carry nuclear warheads and evade detection. The weapon is designed to detonate its warhead underwater, sending a radioactive tsunami over the target’s coast, potentially creating waves as high as a 30-story building. Such a strike would destroy a city or naval base. The weapon’s stated yield is two megatons, but United States military analysts believe that it could carry “tens of megatons” when operational.

The sleek underwater drone is said to be capable of moving extremely fast, around 70 knots, while remaining quiet and undetected. It is unclear at the moment how the craft will actually achieve such high speeds without making a lot of noise. Most modern submarines have top speeds around 30 knots.

To Trumpet readers, Russia’s push toward greater military strength should sound familiar. Since its founding, the Trumpet has followed the trend of Russian militarization in its quest to return to superpower status.

Although Russia’s newest weapons threaten the U.S., they are perhaps more feared just across the border in Europe. Bible prophecy indicates that Russia will frighten Europe into greater militarization, which we are seeing now. This is why we must watch Russian aggression and military development: It will lead to the fulfillment of a central prophecy leading to Jesus Christ’s return. This is discussed in our booklet Russia and China in Prophecy, which says:

Russia’s return to great-power status has tremendous prophetic importance. Not only because of the role Russia is prophesied to fulfill in world affairs, but also because its aggressive actions are provoking alarm and urgency within Europe—and that is the power that we really must watch!

The Europeans still remember how violent Russia was in World War ii, and Russia is a close neighbor with massive piles of nuclear weapons.

Russia’s bold moves are triggering a fear that will hasten the uniting of the European Union. This fear will cause Germany and other European nations to want stronger leadership. Throughout history, Germany has often sought a strong leader. Bible prophecy says it will do so again—for the last time!

Weapons like the Avangard and Poseidon are putting Europe on edge. Bible prophecy says that Europe and Russia will ultimately clash in a world-wrecking nuclear conflict, resulting in the worst suffering mankind will ever experience. But Bible prophecy also says there will soon be an end to the arms race, war and suffering. To learn more about the hope revealed in these vital prophecies, request your free copy of Russia and China in Prophecy.