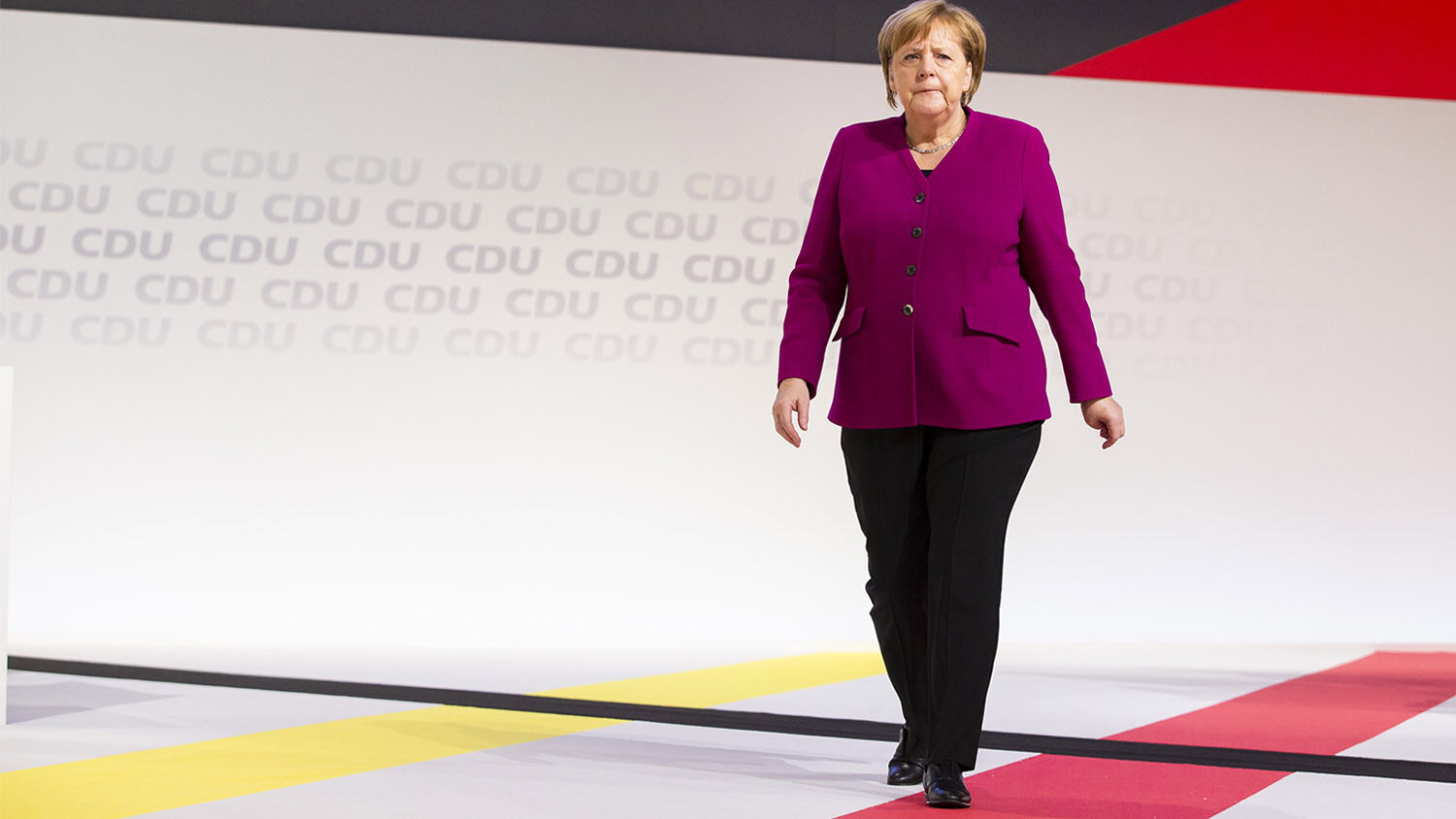 The German media questions how long Merkel’s government will survive as the public groans for a savior.

“Will Merkel’s Government Survive 2019?” the website of Germany’s most popular tabloid Bild asked on December 26. Germany’s political crisis will likely reach another peak in 2019 with no solution in sight. While Chancellor Angela Merkel hopes for a smooth democratic transition, Germany groans for a savior.

2018 was a rough year for Germany’s political system. After suffering a historic election blow in the September 2017 federal election, its political parties struggled for six months to form a new government. But no one had a reason to celebrate as the new government finally took office in March 2018. It was yet another “grand coalition” of the Christian Democratic Union (cdu) and Social Democratic Party (spd). It was this exact composition that aroused the anger and frustration of millions of Germans. Many marveled at the fact that even after six months of negotiations and political chaos, seemingly nothing had changed. Former German Defense Minster Karl-Theodor zu Guttenberg described it as the “crippling agony of a grand coalition.”

And with the agony, Germany’s groaning for a savior continued.

Needless to say, the “new” government coalition aroused no renewed euphoria among the German people. “After the wobbly start in March, things continued to be shaky in the summer. The grand coalition was already twice at the brink of its end,” Bild commented. Only a few months later, the voice of frustration reached the chancellor in a way she could no longer ignore. After her party suffered repeated blows in various state elections, Merkel announced her resignation as party leader.

The announcement set off an exciting race for her successor, but the result again disappointed many. On December 7, the cdu’s party congress elected Annegret Kramp-Karrenbauer to take over the party leadership. Kramp-Karrenbauer, Merkel’s favorite, is set to continue her course. Merkel’s rebels, Friedrich Merz and Jens Spahn, have been defeated, for now. After a few weeks passed and the excitement over the open contest and new candidates had settled down, many Germans marveled again at the fact that after all this, seemingly nothing had changed.

Germany’s groaning for a savior continued.

“It could be that the great coalition breaks in 2019,” political scientist professor Oskar Niedermayer told Bild. The polls foretell a dramatic crash for the spd in the upcoming European election. The Social Democrats have found themselves in a downward spiral governing with Chancellor Merkel and are looking for a way to escape. The European Parliament election might be the trigger for them to exit the coalition and call for a major political reshaping. But between then and now, various other scenarios could prematurely break Germany’s shaky coalition.

If the coalition collapses, the German federal president could call for new elections, which would make the situation worse. The cdu could attempt to form a minority government without Chancellor Merkel and perhaps with Kramp-Karrenbauer at the head. But this scenario also comes with great risk and uncertainty, especially for the newly elected party leader. In every scenario, the cdu would have to decide on a future without Merkel.

German conservative newspaper Frankfurter Allgemeine Zeitung has spotted a noteworthy trend in the nation’s political debacle. Every time a new hope rose in the the mainstream parties and promised radical change, the German people responded with great euphoria.

“Guttenberg, Schulz and Merz are fundamentally different, but all three have seen a meteoric rise in the political arena, and at least two also a corresponding descent, which demands an explanation,” faz.net commented as it explained the phenomenon of the “yearning for a savior.” This is exactly what Trumpet editor in chief Gerald Flurry described when he wrote in “Germany—A New King Is Imminent”:

Prior to his plagiarism scandal in 2011, Baron Guttenberg was viewed as such a savior. Faz.net noted: “His success was largely a result of what was being projected on him: a leader of a different sort, portraying straightforwardness, charisma and independence; a savior who swept away the small-scale, half-hearted and seemingly cowardly politics in one fell swoop.”

In an Aug. 17, 2015 article titled “Guttenberg, the Savior in Demand,” Wirtschafts Woche wrote, “Germans are constantly fascinated by every new action of the former defense minister, even after he escaped to a luxury property in New York following his downfall for plagiarism in 2011. … This unwavering fascination also explains why yet another traditional German organization is vigorously courting Guttenberg as their savior: the csu.”

Many Germans still groan for a savior and millions believe that Guttenberg will save them. A 2017 poll indicated that 45.8 percent of Germans would like to see Guttenberg’s return to politics. The question of a comeback comes up in almost every interview he gives. Popular newspapers like Die Welt see him as the chancellor of a futuristic digitalized world. He is invited to meetings, conferences and lectures to speak to audiences groaning for his return.

At the same time, Guttenberg faces strong opposition from former party members, current politicians and millions of Germans whose hopes were crushed by his scandal. As much as his return to politics would be greatly celebrated, it would also be greatly ridiculed and opposed. Thus their hope for a savior remains unsatisfied.

But Bible prophecy indicates Germany’s groaning for a strongman will very soon be satisfied. Daniel 11:21 shows that Germany’s prophesied strongman will not be given “the honour of the kingdom: but he shall come in peaceably, and obtain the kingdom by flatteries.” Mr. Flurry continued in “Germany—A New King Is Imminent”:

It took six months for Germany to form a government that is barely able to keep its head above water. It took another seven months for Chancellor Merkel to acknowledge the personal consequences of the election debacles. Germans have had enough of the political turmoil that cannot solve their problems. They are crying out for a leader who will save them from chaos and conflict. The longer they wait for a political solution, the more willing they become to embrace the unelected savior.

Germany’s groaning for a savior will be heard, and we believe Baron Karl-Theodor zu Guttenberg will fulfill this prophecy. But Bible prophecy also reveals that Germany will soon find itself under a dictatorship that will make Adolf Hitler’s regime fade into insignificance by comparison. Request a free copy of our booklet A Strong German Leader Is Imminent and learn not only about the imminent dictatorship that is rising in Germany but also about how God will save the world soon thereafter.