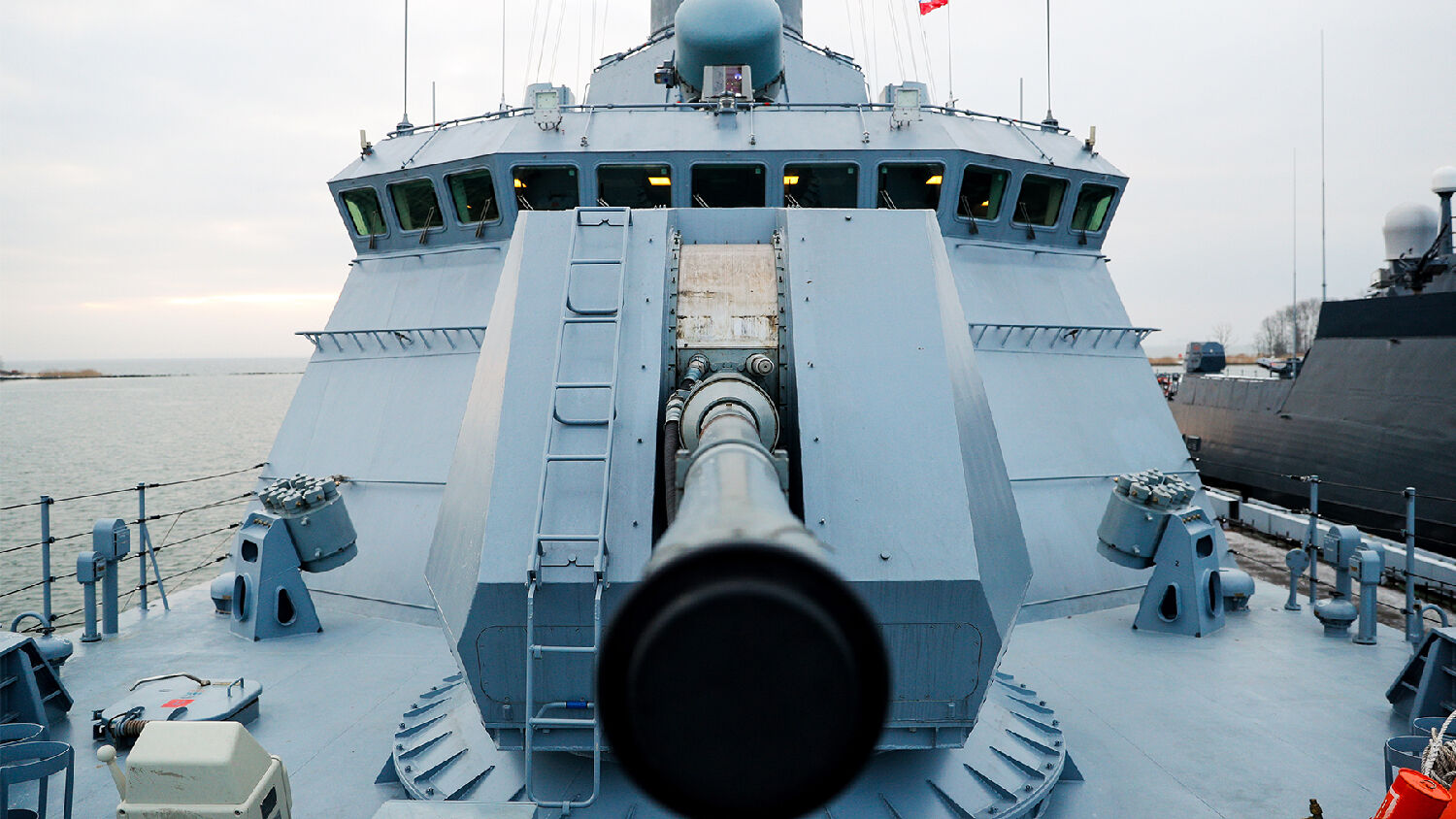 The Mytishchi missile corvette joins the Baltic Fleet at the naval base in Baltiysk.
Vitaly Nevar\TASS via Getty Images

Russia successfully tested its hypersonic Zircon antiship missile on December 10 for the 12th time, setting a speed record. A few weeks earlier on November 24, China successfully tested its JL-3 submarine-launched ballistic missile, which can strike anywhere in the United States from within Chinese waters. Both developments represent a major step forward in Russia’s and China’s capability to threaten American military dominance.

Russia’s 3M22 Zircon was one of six hypersonic missiles unveiled by President Vladimir Putin during his annual address to Russians on March 1. It has now undergone five flight tests since 2015 and could be ready for combat deployment by 2022.

The threat posed by the Zircon lies primarily in its speed and potential maneuverability. Its scramjet reaches hypersonic speeds: The missile topped its previous speed record by reaching Mach 8 in the latest test. The missile can also execute unpredictable sharp turns, helping it to evade current defense systems. In addition, a plasma cloud forms around the missile when it reaches top speed, potentially reducing or eliminating the missile’s visibility on radar. Although it is possible that the Zircon might not be as advanced as the Russian government indicates, U.S. analysts are taking the missile’s threat to carriers and other warships very seriously.

Prior to the Russian test, China test-fired a JL-3 from a submarine in the Bohai Sea. The submarine-launched ballistic missile has the range to strike anywhere on the American mainland, a massive improvement over its predecessor. It is intended for use on China’s next generation of nuclear submarines, which are to begin sea trials by 2022.

The JL-3’s predecessor, the JL-2, is still China’s current submarine-launched ballistic missile. When first deployed, it was hailed as “China’s first credible, sea-based nuclear deterrent,” according to an American Department of Defense report published this year. However, it still had major limitations. With a range of over 4,000 miles, it required Chinese subs to venture further away from the mainland and closer to danger in the event of war. By comparison, the JL-3 has an estimated range of up to 8,700 miles.

For decades, the Trumpet has forecast and monitored the transformation of Russia’s and China’s previously feeble militaries into forces that can challenge American supremacy. In addition to each nation’s ongoing militarization, the two have also dramatically increased their cooperation over the past decade. These developments align exactly with the forecast given by the Trumpet’s source for understanding world events: Bible prophecy.

Prophecies in Revelation 9 and Ezekiel 38 point to a time when war will engulf the entire world. They reveal that Russia will form a brief but powerful alliance with China and other Asian nations. These “kings of the east,” as they are called in Scripture (Revelation 16:12), will first play a role in bringing down American dominance. God will then use this powerful alliance to fight the other emerging world superpower: a German-led Europe. In his booklet The Prophesied ‘Prince of Russia,’ Trumpet editor in chief Gerald Flurry wrote:

Around a.d. 90, the Apostle John recorded an amazing prophecy: “And the number of the army of the horsemen were two hundred thousand thousand: and I heard the number of them” (Revelation 9:16). That means an army of 200 million men! That is more people than were alive in the world when that prophecy was recorded. This is an end-time prophecy that we are certain to see fulfilled very soon.

In Russia’s and China’s military rise, we are seeing the step-by-step fulfillment of Bible prophecy. In the years ahead, this will engulf the world in war. Yet these events point not only to mankind’s greatest time of suffering, but also to mankind’s greatest hope. The same Bible that prophesies the emergence of Russia and China, the fall of the United States, and the eruption of World War iii also prophesies that these events will occur immediately prior to the global abolition of warfare.

To read more about these events just ahead of us, request your free copies of Russia and China in Prophecy and The Prophesied ‘Prince of Russia.’