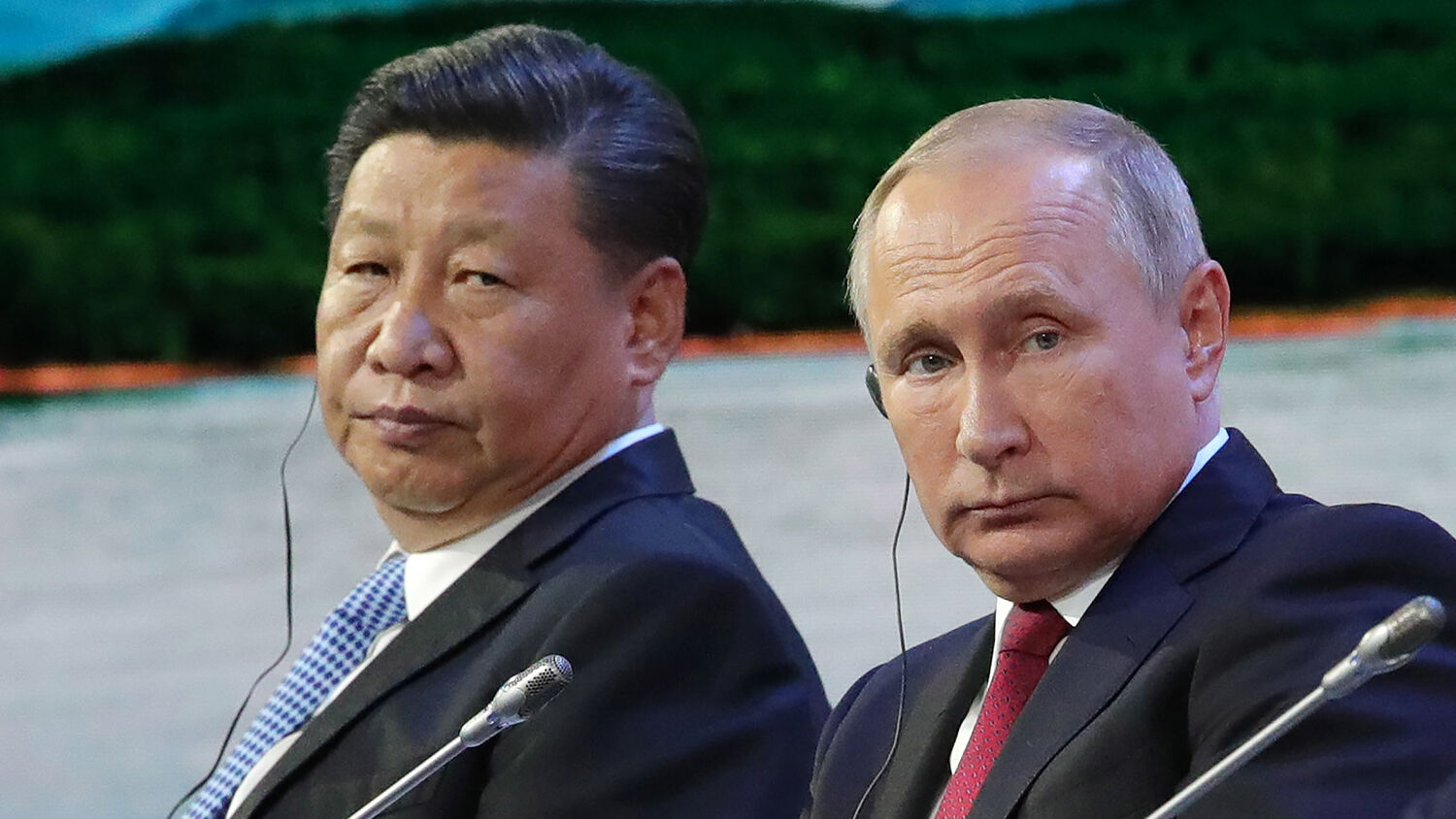 The two Asian giants have built a ‘functional military alliance.’

Russia and China have formed a “grievance coalition” against the United States, wrote Graham Allison of the Harvard Kennedy School in a December 14 analysis.

Why is Russia “grievous” about the U.S.? Russian President Vladimir Putin famously called the collapse of the Soviet Union the “greatest geopolitical catastrophe of the century.” He and many Russians see America as the main cause of that collapse.

For China, the so-called “century of humiliation” only concluded after the Communist Party crushed the nationalist Kuomintang Party in a civil war and drove it off the mainland and onto the island of Taiwan. Since the U.S. backed the Kuomintang and continues to provide it with weapons and support against a Communist takeover, the Chinese also feel “grievous” toward America.

“Grievance is a powerful motivator,” Allison wrote in the National Interest. And for Russia and China, the shared sentiments against the U.S. have “produced an increasingly thick and consequential alignment between two geopolitical rivals.”

Allison, author of Destined for War: Can America and China Escape Thucydides’s Trap?, said the Russia-China alignment has accelerated since 2014 due to Western efforts to isolate Russia as punishment for its annexation of Crimea that year. “At every point the United States and Western Europeans imposed pain [on Russia], China has offered comfort,” he wrote. “When U.S.-led Western sanctions excluded Russia from American-dominated, dollar-denominated markets, its relationship with China has allowed it to continue to buy and sell.”

Putin and Chinese Paramount Leader Xi Jinping have now built “what a former senior Russian national security official described to me as a ‘functional military alliance,’” Allison wrote. This is most evident in the two nations’ militaries regularly holding massive joint war games. He also wrote that the staffs of Russian and Chinese generals regularly hold “candid, detailed discussions about the threat U.S. nuclear modernization and missile defenses pose to each of their strategic deterrents.”

Allison pointed out that Russia’s long-held fears about sharing its most advanced weapons technology with China have now dissipated. He wrote, “In recent years [Russia] has not only sold China its most advanced air defense systems, the S-400s, but has actively engaged with China in joint [research and development] on rockets engines—and uavs [unmanned aerial vehicles].”

Allison said that in Western nations, the Russia and China alignment means the two are increasingly “discussed in the same sentence, as if they were twins.” But he emphasized that this was not always the case, and that the partnership confounds decades of predictions by Western experts: “Defying the long-held convictions of Western analysts, … Beijing and Moscow are drawing closer together,” he wrote.

These “long-held convictions” were that Russia and China would never draw close in a meaningful way because of their long history of conflicting interests and mutual hostility. In the 1950s, China and what was then the Soviet Union were mired in conflict over their shared border and about how communism should best be implemented around the world. By the late 1960s, these arguments had escalated into a war that threatened to erupt into a nuclear conflict.

The war never went nuclear, but more than two decades of profound mistrust and bitterness ensued.

Yet even during that time of hostility between the Russian bear and the Chinese dragon, one analyst repeatedly prophesied that the two nations would form a close partnership. The forecaster was Herbert W. Armstrong, editor in chief of the Plain Truth, the forerunner magazine to the Trumpet.

Mr. Armstrong first wrote about Russian-Chinese alignment as early as 1934: “[T]wo great military powers [will] arise in the last days—one the revival of the Roman Empire by a federation of 10 nations in the territory of the ancient Roman Empire; the other … Russia, with her allies … possibly China or Japan,” he wrote (Plain Truth, June-July 1934).

Toward the end of 1959, when friction between Russia and China were heating up, Mr. Armstrong’s magazine doubled down on the same forecast. “Russia’s program … calls first for the seizure of Asia,” the Plain Truth stated. It said that China, in order to achieve its long-term goals, might acquiesce to Russian direction in an Asian bloc. China’s “constant dream for centuries has been ultimate world conquest,” the author wrote, adding that, “China knows, however, that in this highly industrialized age she can accomplish this dream only as an ally of Russia.”

These are just a few of the many statements Mr. Armstrong and his magazine made from 1934 until his death in 1986, prophesying that Russia and China would put an end to their hostilities and form a strong coalition.

At the time of Mr. Armstrong’s death, Russia and China’s relationship remained icy. But developments since then, as Graham Allison’s analysis shows in stunning detail, have vindicated Mr. Armstrong’s seemingly far-fetched forecast. The trends of the last decade or so show that Mr. Armstrong was right.

How could he have predicted the Russia-China alignment with such precision? Because he based his forecasts on Bible prophecy.

The December 1962 Plain Truth laid out some of the specific scriptures that Mr. Armstrong used for his forecasts concerning Asia:

Mr. Armstrong also used a passage in the book of Ezekiel, written more than 2,500 years ago, which states: “Son of man, set thy face against Gog, the land of Magog, the chief prince of Meshech and Tubal, and prophesy against him” (Ezekiel 38:2). Referring to this passage, Mr. Armstrong wrote in the April 1981 Plain Truth:

Ezekiel 38 shows that Russia will be the leading nation in the end-time Asian power bloc, and that China will be in a position of secondary leadership.

The Russia-China “grand alignment of the aggrieved” indicates that the global peace will soon be shattered by conflict. But prophecy shows that this development is also intimately tied to the best imaginable news for mankind.

To understand the details of these vital Bible passages, and to see how they are being fulfilled by the Russia-China “grievous coalition,” read “Why the Trumpet Watches Russia Allying With China” and order your free copy of Russia and China in Prophecy.