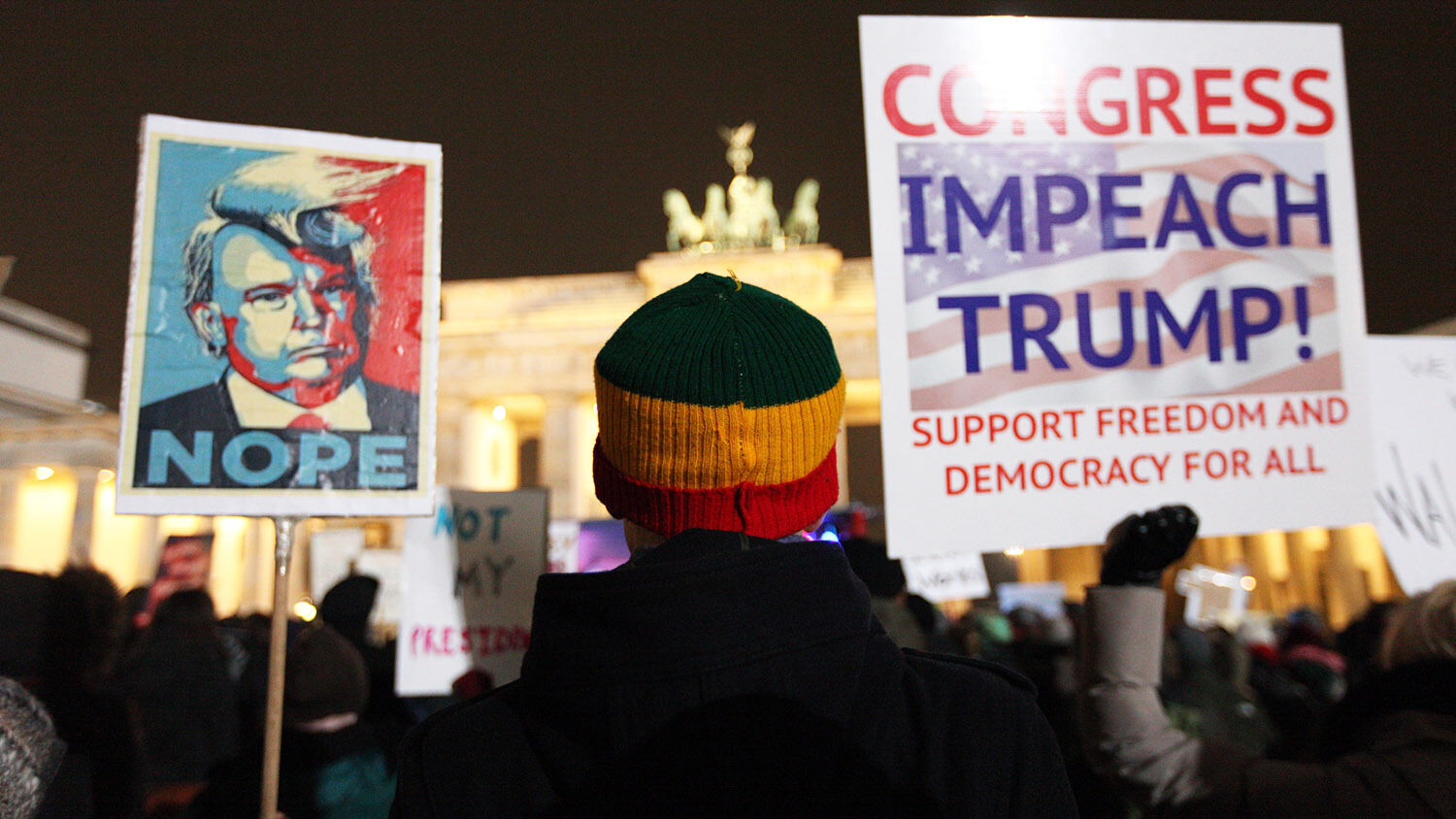 Germans see relations as negative; Americans see them as positive. What is going wrong?

Germans and Americans have very different ideas of the relationship between their two countries, according to a survey published by the Körber Foundation and the American Pew Research Center last month.

Just a year ago, only 56 percent of Germans said their country’s relationship with the U.S. was bad. Germany’s increasing discontent is said to be caused by U.S. President Donald Trump.

Prior to Trump’s election, almost all presidents were viewed positively in Germany. A November 2016 survey conducted on behalf of Frankfurter Allgemeine Zeitung found that 85 percent of Germans had a negative opinion about the newly elected president. Conversely, only 4 percent, at the time, viewed President-elect Donald Trump positively.

The German news media is mostly to blame for this. A 2017 Harvard journalism study found that the German media has the most negative reporting about Trump. A stark 98 percent of coverage by public broadcaster ard was classified as negative. The U.S. media at the time was “only” 80 percent negative.

“Humanity as a whole is being set back just because of one single person,” one of Germany’s largest magazines, Der Spiegel, wrote in January 2017. But this hatred for Trump is expanding to hatred for all of America.

Even more critical than Germany’s media is Germany’s “America expert,” Karl-Theodor zu Guttenberg. The former German defense minister, who currently lives in the U.S., shows no mercy when it comes to his assessment of President Trump. After one year of the Trump administration, Guttenberg said (Trumpet translation throughout):

I truly believe that we are dealing with a narcissist here and with someone who rather quickly reaches his intellectual limits. Sometimes I think we are dealing with a schoolboy who, once you take the toy away, knows how to lash out. All that doesn’t make the dealing easier. Something may happen in [his] head that we experienced during our school years, but it shouldn’t happen among adults. That’s why I do have great concerns that a surprise could come that will resonate in more than a tired laugh in reaction to a tweet. Hence it is important to be vigilant.

Guttenberg uses almost every chance he gets to lash out at the president. His rhetoric even caused Fox News to ban him from live interviews. Germany’s merkur.de reported:

Karl-Theodor zu Guttenberg got a letter recently that made him, to a good degree, proud. The arch-conservative tv channel Fox News told him that he would, for the time being, no longer be invited as a guest in their broadcasts. In a live conversation, he compared Donald Trump to a comic figure of the Simpson series. “I’ll hang that letter someday on my toilet,” Guttenberg says cheerfully.

In September, Guttenberg was invited to speak at a political forum in Dortmund. He again spoke in fury when the topic of the president came up. He stated that he believes the White House “chaos” will continue for another six years, rather than end after two.

Speaking to German audiences, Guttenberg repeats the angle of America’s liberal media and uses every chance to stir up more hatred. A comment made in an interview at Darwin’s Circle in Vienna partially reveals his motive. When asked how his time in the U.S. changed his views on Europe, he said:

I became a more committed European than before. Partly due to the fact that I was constantly bashed by my American friends about the deficits and the idiosyncrasies of the European Union, and a lot of them didn’t have a clue about how the EU really works, which is also true for a good number of people in Europe. … Once you have to defend the European Union toward Americans, you become more committed. So that is the emotional part of it.

This growing dislike of America has mostly gone unnoticed by Americans: 70 percent still believe that Germany and America are best friends or at least good friends. But the times of Germany and America working together against a Communist agenda are over. America’s illusion of the relationship is, in many ways, prophetic.

From Rhetoric to Action

Social Democrat and former German Chancellor Gerhard Schröder said in November that the U.S. ambassador in Berlin acts like an “occupation officer.” He sharply attacked U.S. trade policy and called on Germany to ally with China against America, n-tv reported on November 16. “We cannot put up with being treated like an occupied country,” said Schröder. “When I look at the action of the American ambassador in Germany, I have the impression that he sees himself more as an occupation officer than as an ambassador of the United States in a sovereign state.”

America should pay much more attention to this rising tide of hatred. It will soon lead to action.

Bible prophecy reveals that Germany will ally with China and many other rising nations against America. We at the Trumpet have repeatedly pointed to prophecies in Deuteronomy 28, Isaiah 23 and Ezekiel 4 and 5 describing an economic siege that will be waged against America. Referring to the prophecy in Deuteronomy 28, Trumpet editor in chief Gerald Flurry notes in his book Ezekiel: The End-Time Prophet:

The Holy Roman Empire [a German-led European empire], along with the kings of the east (the Asian nations), will cause economic problems and bring on destruction in many ways “until thy high and fenced walls come down, wherein thou trustedst, throughout all thy land: and he shall besiege thee in all thy gates throughout all thy land, which the Lord thy God hath given thee” (verse 52). The real pressure is coming from without. “In all thy gates” refers to a trade war.

In Isaiah’s End-Time Vision, Mr. Flurry notes: “[C]onsidering that China has come to possess most of the world’s strategic sea-gates (which, ironically, at one time were held by Britain and America), we believe there may be a brief alliance between the German-led Holy Roman Empire and certain Asian powers (Russia, China, Japan—the kings of the east).”

This prophecy of an economic siege was revealed decades ago to the late Herbert W. Armstrong. (Request your free copy of He Was Right to learn more about his Bible-based predictions.) Through Mr. Armstrong, God pleaded with the modern nations of ancient Israel to turn from their sins. But the nation has not repented. God is now sending a final warning for individuals to repent and be protected before His punishment is executed.

The stage for this punishment has been set before our eyes.

Guttenberg and Schröder are not always of the same opinion, but they are both working behind the scenes to bring down America. Schröder has made great strides to ally Germany and Russia economically. This alliance, marked by the Nord Stream 2 pipeline, is a strong indicator of the coming economic siege. To learn more about this trend, read “Germany and Russia’s Secret War Against America.”

Many older Germans remember their cities lying in ruin after the end of World War ii. American planes bombed the cities to the ground to stop Germany. But today, some are seeking revenge for that defeat and more than 70 years of “suppression,” as Schröder and others see it. This spirit of revenge is most evident among the older generation in Germany, but the hatred for America is prevalent among all ages. Germany is even rewriting history to strengthen its hatred.

The mood change in Germany has been prophesied. Germany envies America’s superpower status. Although the two may continue to cooperate for a short time, Germany’s hatred toward America will soon lead it to betray its “friend.” Watch “Germany’s Break From America” to learn about this prophesied betrayal.